Travelogue
Heritage
Chicago : Life of the Drama in City of Big Shoulders 2019 is Year of Theatre in Chicago which for nearly four decades now draws audience with a half-price program called Hot Tix. Sujoy Dhar reports on the yearlong celebration in the city known for its diverse creative clans

Chicago has just bagged the Best Large City by Condé Nast Traveler’s 2019 Readers’ Choice Awards. The award comes as the city continues to be recognized for its world-renowned culinary scene, expanded Riverwalk,  museums,  a thriving entertainment scene, including the ongoing celebration of the Year of Chicago Theater and the city’s international acclaim for architecture and music. 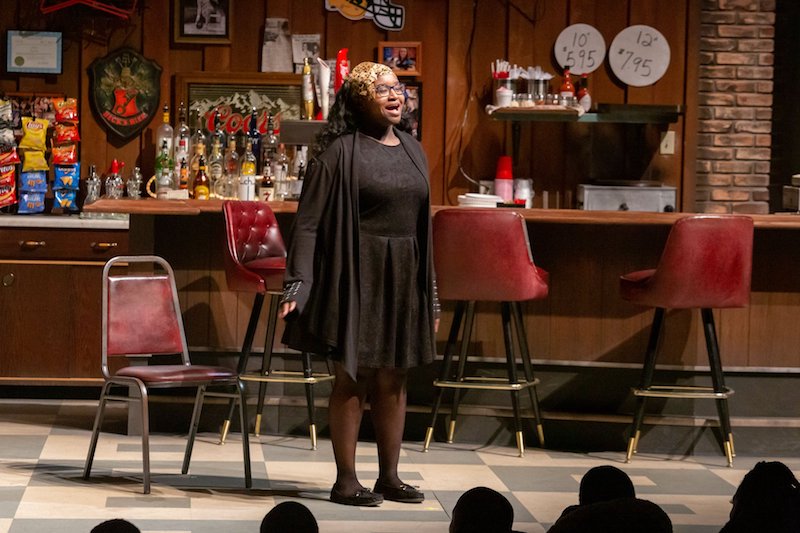 2019 has been designated as the Year of Chicago Theatre to celebrate Chicago’s rich tradition of theatre. This citywide celebration of Chicago’s theatre is the first of its kind in the United States and hundreds of performances including improv, dance, opera, puppetry and more, in all of our 77 neighborhoods, are being enacted.

Chicago mayor Rahm Emanuel had a year ago ago designated 2019 as the ‘Year Of Chicago Theatre’. Mayor Rahm Emanuel, Department of Cultural Affairs and Special Events (DCASE) Commissioner Mark Kelly, League of Chicago Theatres Executive Director Deb Clapp, and many other civic, arts and theatre leaders are involved in making it a success this year. 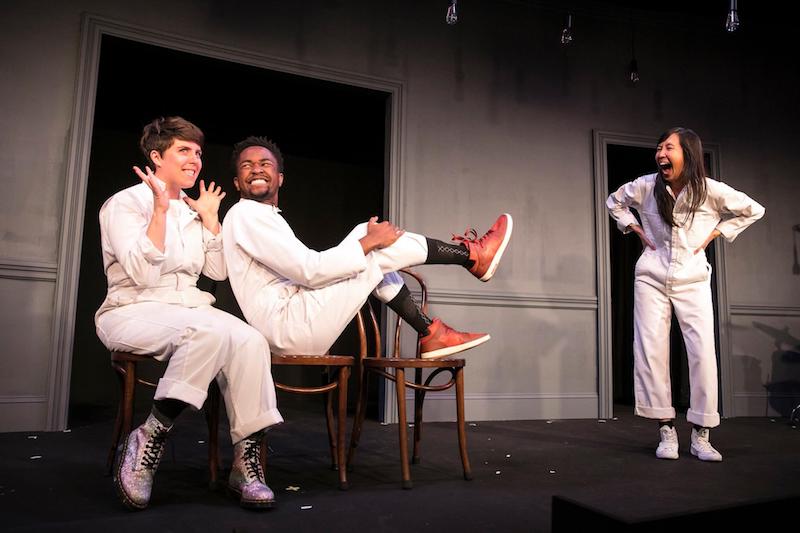 “From world-renowned, Tony Award-winning stages to intimate storefront productions across the city, theater is essential to the cultural fabric of Chicago,” says Mayor Emanuel.

“The Year of Chicago Theatre is a celebration of the talented actors, actresses, producers and directors throughout the city and downtown that work tirelessly to entertain audiences from around the world and right here at home,” he adds.

The City of Chicago and its partners  launched a marketing campaign that leverages a new brand for Chicago theatre; provide additional financial grants to theatre projects; encourage dialogue around inclusion and equity; and call on civic, philanthropic, arts and business leaders to support the theatre community. 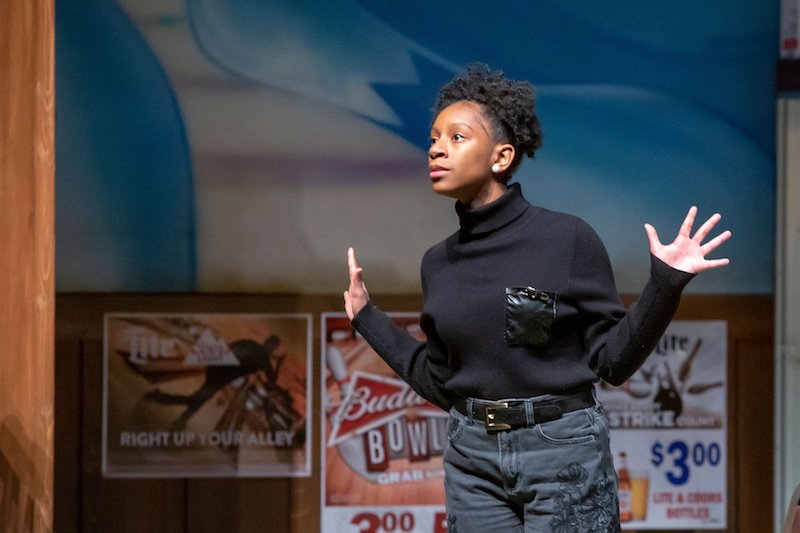 Chicago already has something called Hot Tix which offers half-price tickets to a wide variety of Chicago theatre productions for the current week as well as future performances. The half-price tickets are available online or by visiting in one of the outlet locations in downtown Chicago.

A service of the non-profit League of Chicago Theatres, Hot Tix is unique to Chicago and has been serving Chicago theatres and audiences for 40 years.

Speaking to IBNS-TWF, League of Chicago Theatres Executive Director Deb Clapp, says: "This is not a really festival but yearlong celebration of theatre in Chicago. It is always growing in Chicago. We have growing type of works in the stage and many people of colour and younger playwrights are enriching it. We have lots of younger players and a much larger community."

The League of Chicago Theatres she helms was founded in 1979 by a small group of theaters formerly known as the Off Loop Producers Association. Their mission was to enrich and sustain the economic and cultural life in Chicago by developing marketing, advocacy and information services to strengthen the operations of member theatres. Very soon after its founding the organization launched Hot Tix. 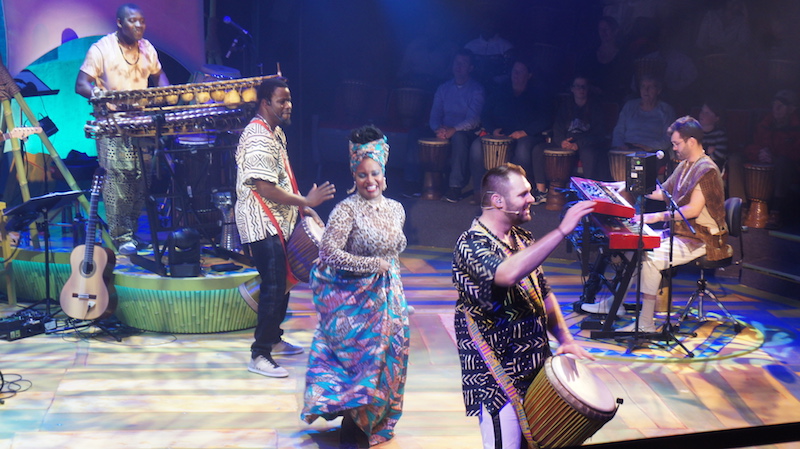 "In Chicago, theatre as a livelihood is much more viable than outside Chicago. The film and television production numbers, voiceovers, for living Chicago is better than other places," says Clapp.

"Many people are coming back to Chicago to be artistically renewed," she adds proudly.

Commissioner Mark Kelly, Department of Cultural Affairs and Special Events, speaking to IBNS-TWF on 2019 Year of Chicago and Millennium Park Summer Music Festivals says: "There were about 1000 theatre productions lat year in Chicago. Toronto has 37 theatre companies in comparison."

"Chicago is the cultural capital of USA with its rich legacy of music, theatre and architecture. It is a mix of public  spaces and modern buildings and public art. It has grand open spaces. No other city in the world also could save its entire waterfront. 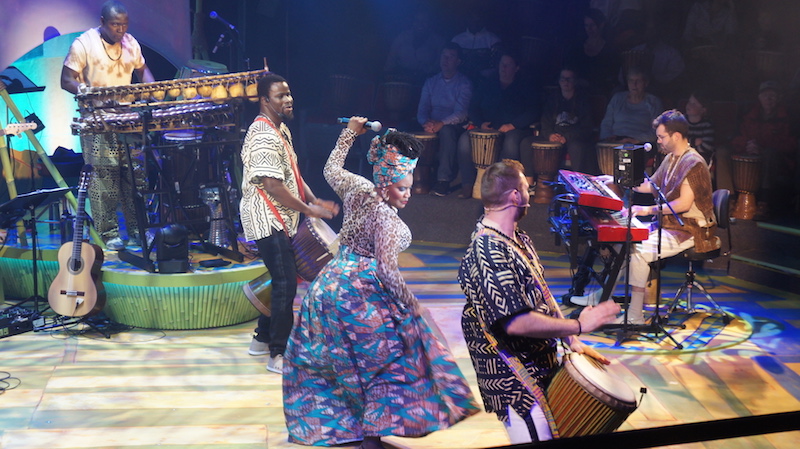 According to Commissioner Kelly, "if you love theatre you need to come to Chicago." "It is less commercial and far more accessible to people here. You can buy a ticket for ten dollars here," he says.

"Parks of the city  fund hundreds of theatre companies.  Chicago is an immigrants' city and so new cultures and new ideas are coming here. Brass young people are contributing," he adds.

Commissioner Kelly also acknowledges the popularity of India's Bollywood film industry in Chicago. "We need to pay attention to Bollywood. I love watching them. I think Bollywood dance is very rhythmic. It is a fun opening a dynamic theatre festival here and an Indian dance group is one of the finalists," he says.

Chicago Year of Theatre highlights includes theatre activations and a theatre-themed Film Series throughout the summer at Millennium Park in Chicago’s town square; theatre-themed public programs and exhibitions at the Chicago Cultural Center; $200,000 in financial grants to theatres and other nonprofit theatre programs, via the Cultural Grants Program

The Year of Chicago Theatre follows the success of 2017 and 2018 initiatives celebrating Chicago’s public art and its creative youth. Its mission is to make 2019 a year in which the city of Chicago emphasizes the prominence of its expansive and innovative theatre industry.

“To truly fall in love with Chicago, you must go to our theaters. This is where the city bares its fearless soul,” says Commissioner Mark Kelly.

“From joy to heartache and every feeling in between, Chicago theatre tells stories that evoke big emotions. Stories that take risks, inspire awe, ask tough questions – and dare audiences to do the same. Through Broadway musicals or storefront plays and improv, the energy of the city comes alive in our theaters. And with a diverse collection of over 250 dynamic theaters throughout our neighbourhoods  there’s always a seat waiting for you," he adds. 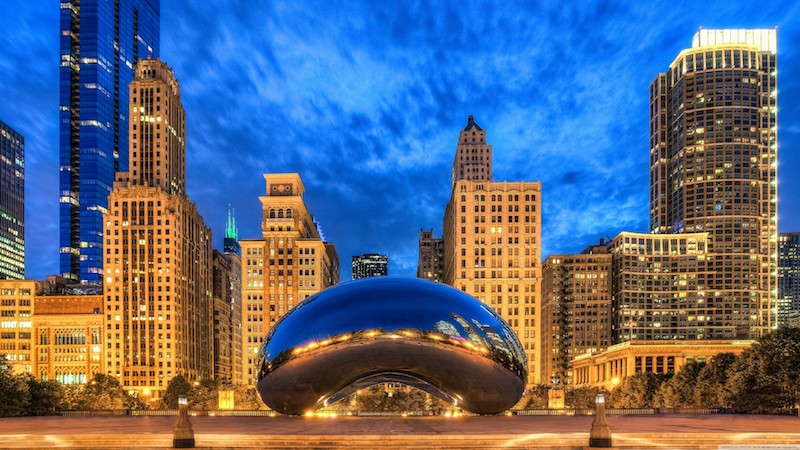