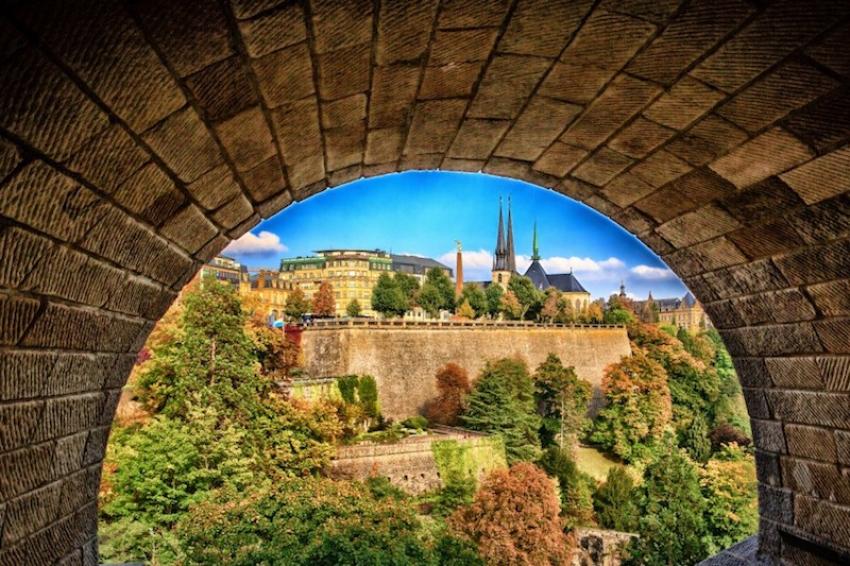 Images by author and Luxembourg Tourism

Though not on the bucket list of Indian travellers eyeing their dream European holidays, tiny Luxembourg can surprise you with its uniqueness. Sujoy Dhar gives a low-down from the UNESCO World Heritage spot that was once called the Gibraltar of the North

It was a moderately cold Spring night when I reached the capital city of Luxembourg, the world's only Grand Duchy and one of the tiniest nations.

At the buzzing food joint I noticed people from various nationalities turning the place into a cultural microcosm of the world. Yes, despite being so sparsely populated, people from different  nationalities live and work in Luxembourg contributing to its cosmopolitanism. 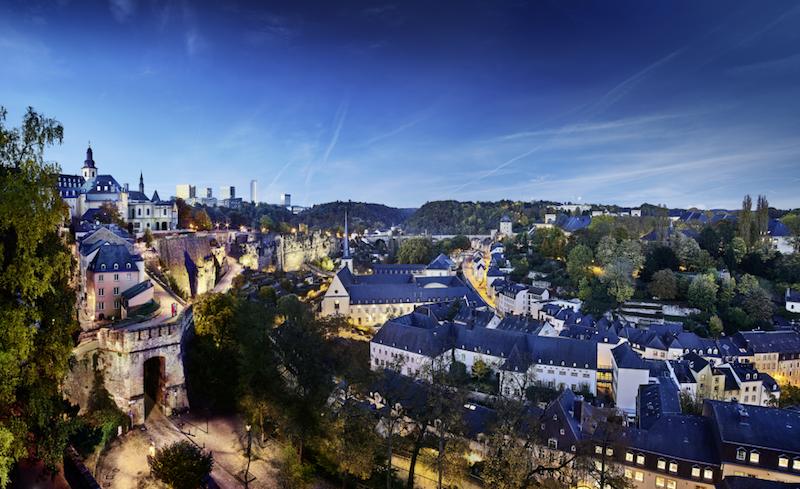 After a rather filling sea food dinner and some wine, I booked a cab. A young guy at the wheel took me to the hotel  through the rather deserted streets of Luxembourg night. I felt as if I am in Pittsburgh in USA, where I had often reached late in the evening by bus during my US travels.

The Grand-Duchy of Luxembourg is a tiny, lesser known country in the heart of Europe, bordered by Germany, Belgium and France. It is a grand duchy. A grand duchy is a country which is officially ruled by a monarch with the title of grand duke or grand duchess. 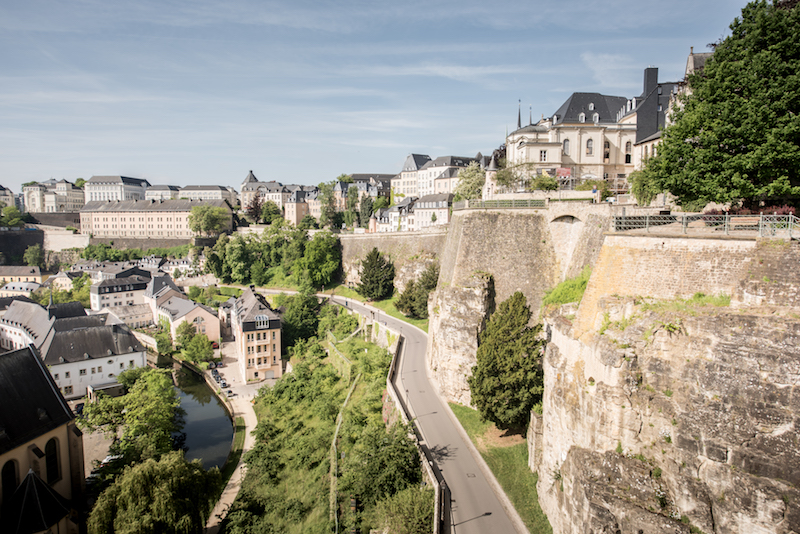 Interestingly, Luxembourg is the only grand duchy in the world now. It regained its independence from Napoleonic France and became a sovereign grand duchy in 1815 by decision of the Congress of Vienna which dealt with the political aftermath of the wars.

I know Luxembourg is not in any Indian's bucket list but I was always intrigued about this small nation and wanted to visit what is considered world's safest country. While on one hand it is an international business centre on the other it is known for its fortifications and its old town - a UNESCO world heritage site. This is quite unique.

As the car drove though the empty streets and a double-decked arch bridge (Adolphe Bridge)  I was thinking-well I am finally here in one of the tiniest countries of the world.

"We have reached, Sir. You are in one of the good hotels of the city. Have a pleasant stay," the young man wished me disrupting the chain of thoughts as we reached the Sofitel hotel.

I was tired from a bus journey from Brussels and so wanted to crash right then. But from one of the upper floors of the plush hotel room I could see a fortified city that is unlike other European capital cities.

From my room I felt as if I am  in a fort town of our own Rajasthan. I went off to sleep with the hope of discovering Luxembourg next day with my guide chosen by the official tourism body. 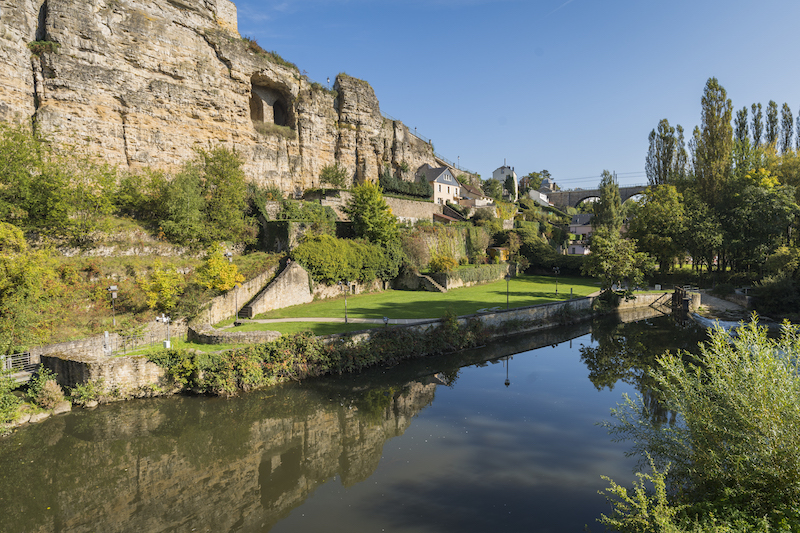 The next morning was eventful as my guide completely forgot to turn up at the hotel and I was almost incommunicado with my host unavailable on phone on a Sunday. What followed was a frantic effort to reach out to the tourism department and when finally I managed to reach them, I had lost a few morning hours.

But the middle-aged lady who turned up finally to take me on a walk tour of Luxembourg was super nice and apologised profusely for forgetting the appointment. We bonded and she shared her husband's association with India. We finally set out to explore the capital city. 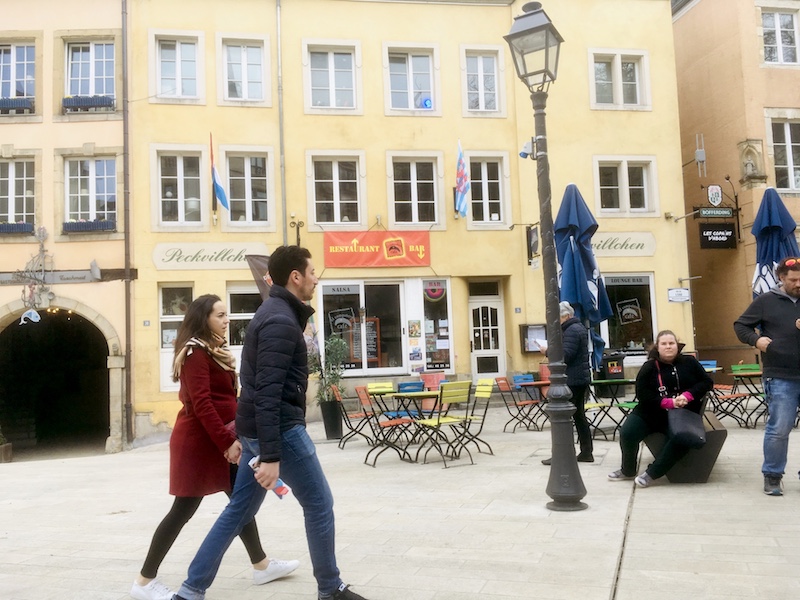 As we walked, my guide enriched me with nuggets of information about the history of Luxembourg- how it was called the Gibraltar of the North because of being one of the strongest fortified places of Europe.

Luxembourg is described by its people as a city of contrasts. Simply because it abounds in historic sites and contemporary architecture. The old city of Luxembourg and its fortress was declared a UNESCO World Heritage in 1994.

A sweeping view of Luxembourg is one of the historic monuments and the fortified walls and old town houses with black slate roofs along with a clutch of high-tech buildings in another part of the city, representing its tapestry of contrasts.  Luxembourg they say is a modern city with deep roots. 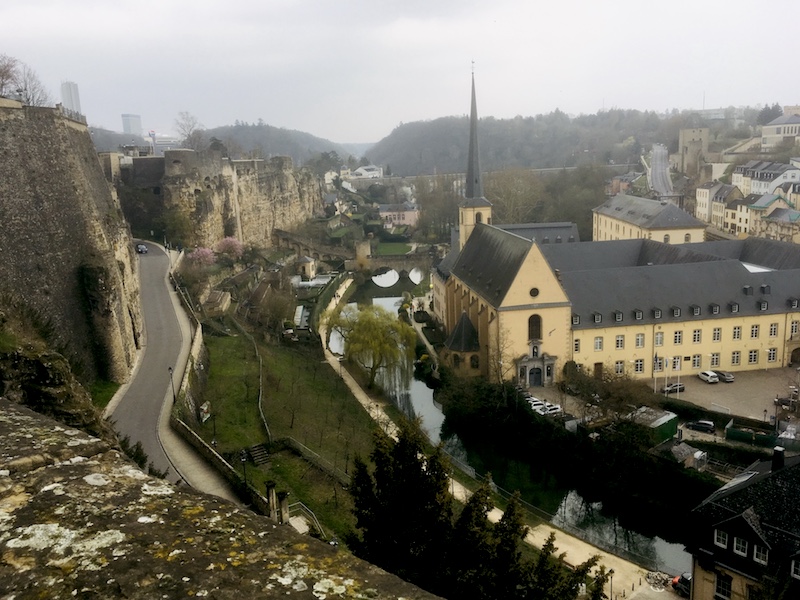 In Luxembourg you must have a walking tour of the Promenade UNESCO and my guide walked me through the bridges and cobblestone lanes with interesting coffee shops and through the spot known as the most beautiful balcony of Europe with a  view like no other.

As the Luxembourg City Tourist Office (LCTO) puts it: "The UNESCO Tour takes you on a journey that highlights why the city of Luxembourg has been on the World Heritage List since 1994: impressive remnants of the former fortified city are embedded in a breathtaking landscape and testify to the important role that Luxembourg has played in European history." 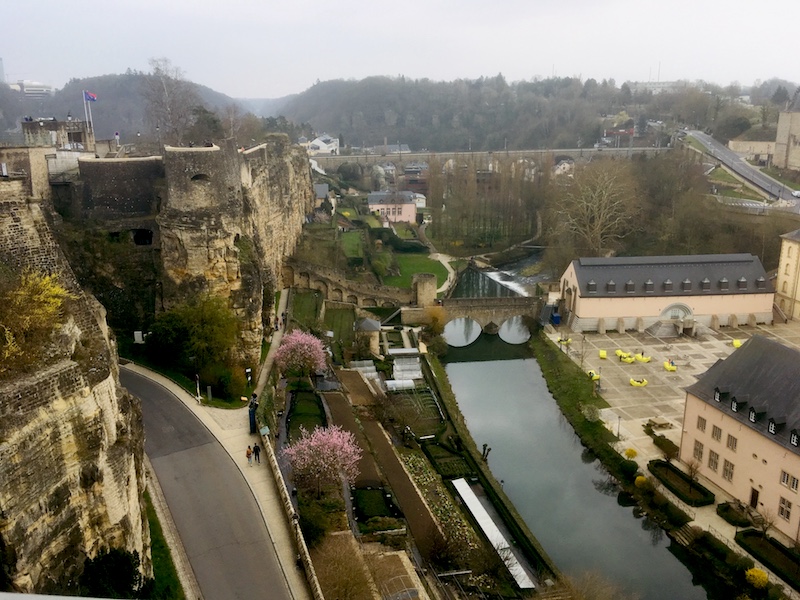 From the Place de la Constitution (Constitution Square), the path runs halfway up the fortifications through the Pétrusse park, taking a visitor across the Corniche, billed as the most beautiful balcony in Europe, over the ramparts and finally into the old town.

Luxembourg writer Batty Weber called Corniche “the most beautiful balcony of Europe”. It runs along the Alzette valley on the ramparts - built by the Spaniards and the French in the 17th century - from the Bock Promontory up to the lower part of the Holy Ghost Citadel, the so-called “Rondellen”. 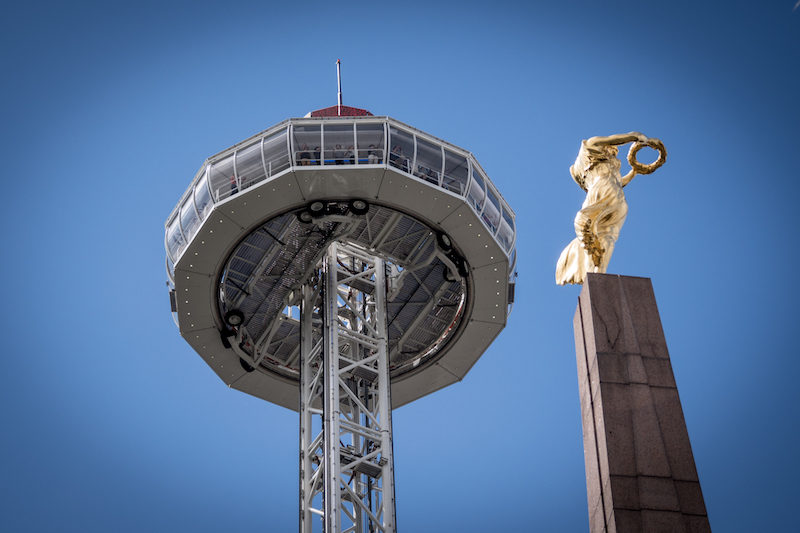 From this spot you are treated to a panorama on the valley of the Alzette, the city district of Grund and the Rham Plateau.

The Constitution Square on the other hand was put up on the ancient Beck bastion (1644, 1685, named after Jean Baron de Beck, an important Luxembourg national who was born in 1588 and after whom one of the bastions was named). 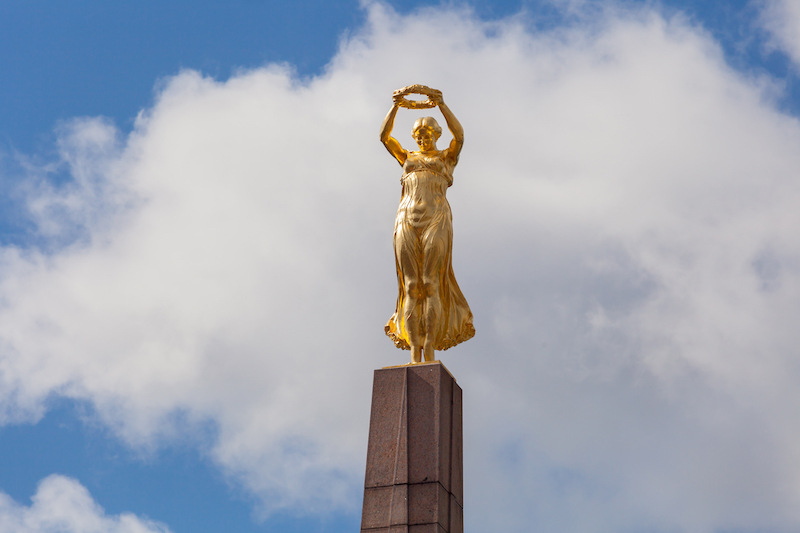 In 1644, several bastions were created in Luxembourg. The  "Gëlle Fra", a monument which is located on this square,  was set up in 1923 to commemorate the Luxembourgers who perished in the First World War, now sympolising freedom and resistance for the people of Luxembourg. Atop of the granite obelisk of the monument stands a gilded bronze statue representing Nike, goddess of victory, or "Queen of Freedom".

Catch the sweeping, panoramic view from here over the Pétrusse Valley and the Adolphe Bridge and you can spend some good time here in your walking tour.

Luxembourg capital city is all walkable and you reach one corner of the city to another just taking a long stroll and quite unaware. 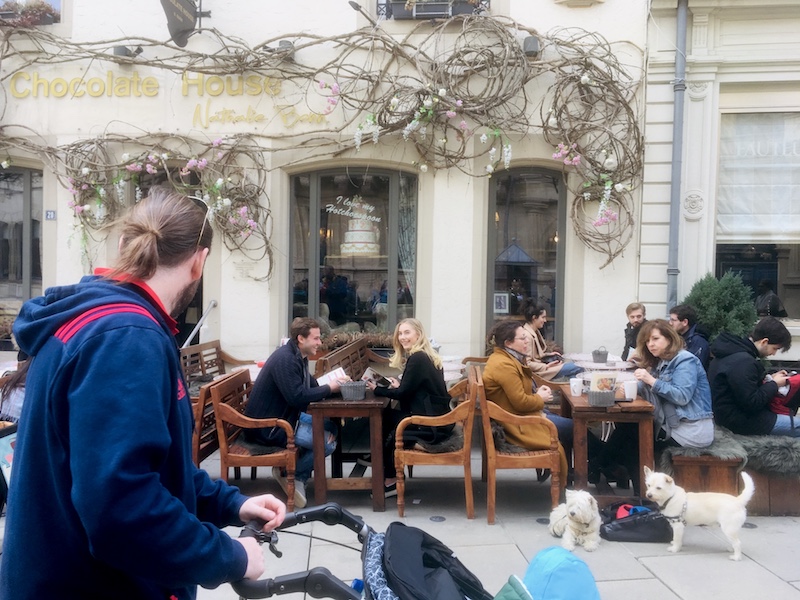 As we started walking, we first visited the beautiful Notre-Dame Cathedral which is a Roman Catholic Cathedral  where you find many Renaissance elements  and some stunning stained glass works.

It was built between 1613 and 1621 by the Jesuits to serve as a church to their college. The north gate is characteristic of the semi-Renaissance, semi-Baroque style of the period. Since 1794, it has housed the statue of the Consoler of the Afflicted. A cathedral church in 1870, it was enlarged from 1935 to 1938. 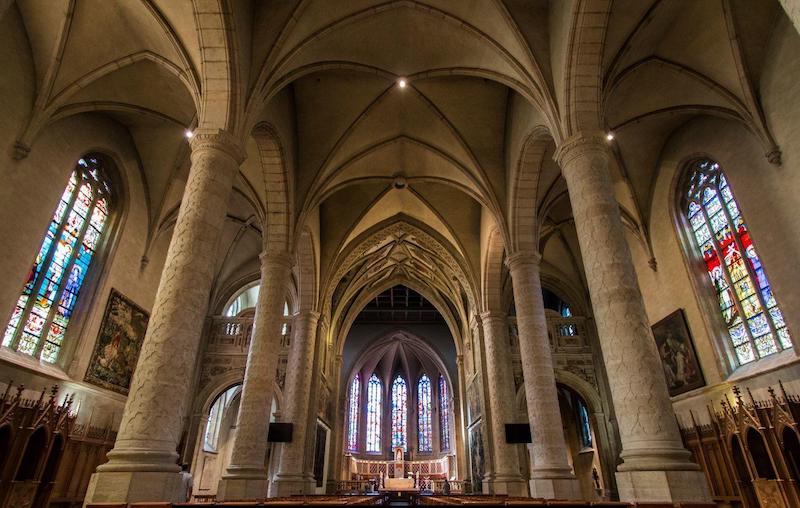 One nice place to hang around in Luxembourg is the Place d'Armes  in the old town. Now an integral part of the pedestrian zone, the square is surrounded by numerous cafés and restaurants.

The Place d'Armes hosts today the Christmas Market and, due to the kiosk, open-air concerts during the season. 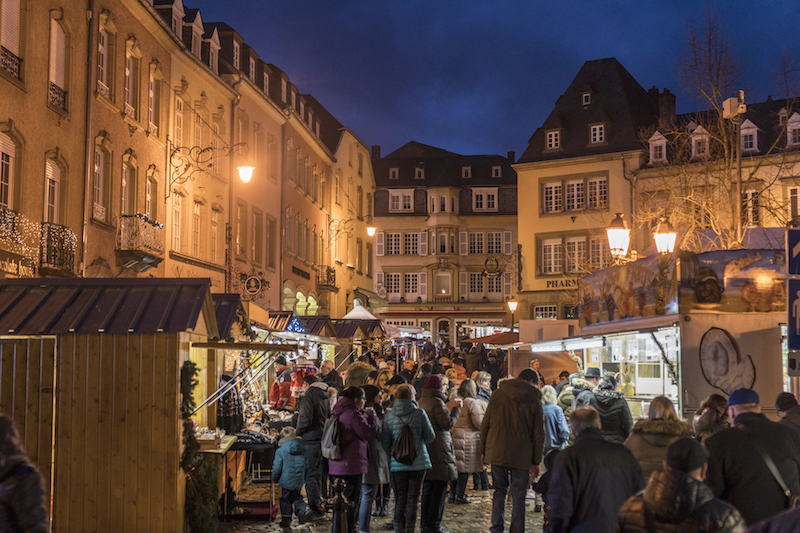 The City Palace, nowadays called Cercle Cité, is situated on the Place d'Armes as well. 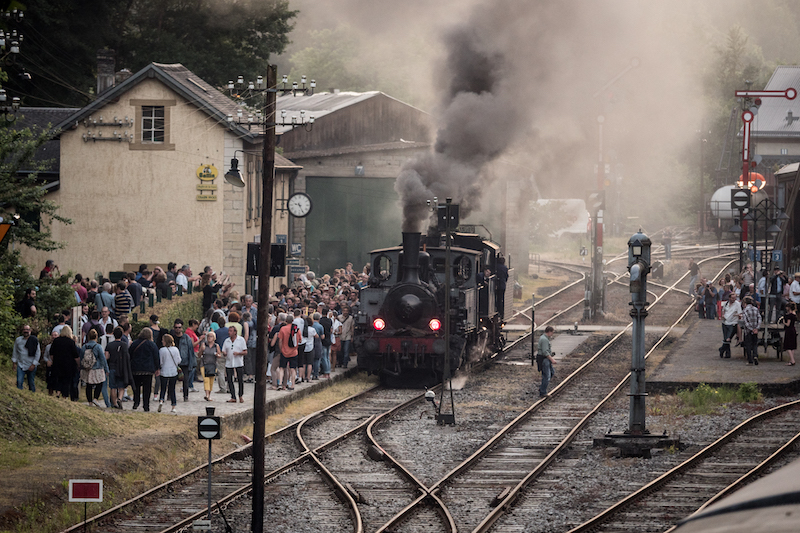 AT A GLANCE FOR TOURISTS:

Luxembourg is a blend of historic sites and contemporary architecture. The old city of Luxembourg and its fortress was declared UNESCO World Heritage in 1994.

A green city:  Nearly one third of the surface of the city is shaped by  landscaped green spaces. Numerous parks and gardens, passing through the capital, constitute a pleasant green belt.

How to See:  Just walk or take a tour by bike or tourist bus.

A buzzing business centre:  The city of Luxembourg is one of the institutional seats of the European Union, hosting for instance the Secretariat of the European Parliament and the European Court of Justice. Renowned for its efficient bank sector, Luxembourg is furthermore an ideal platform for dynamic business activity that is diversified and not limited to financial services. As an Indian you will be delighted to spot the tinted glass-fronted ArcelorMittal office. 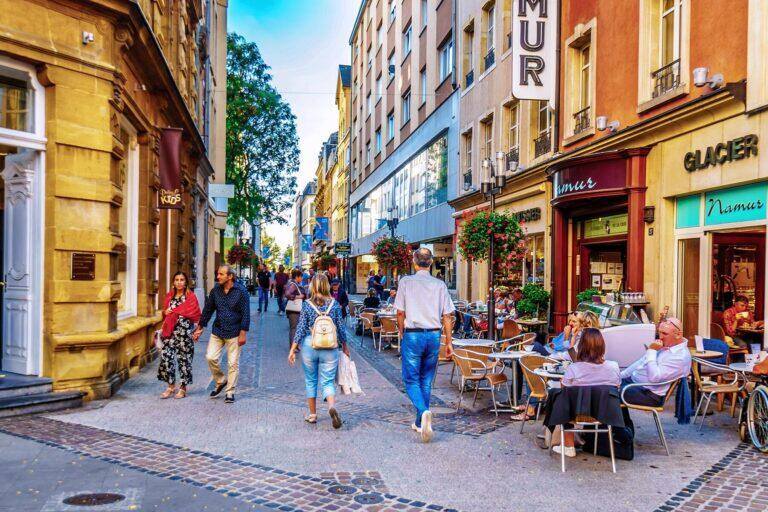 Shopping in Luxembourg:  Famous international brands co-exist with small quirky shops. Locate a shop strolling through the lively pedestrian zones in some narrow historical street or you can just visit one of the  shopping centres. So choose between delightful small shops, renowned brands, designer boutiques, luxury stores, retail outlets, supermarkets and much more. There are also the weekly or monthly food and farmers’ markets to pick some high-quality local products. 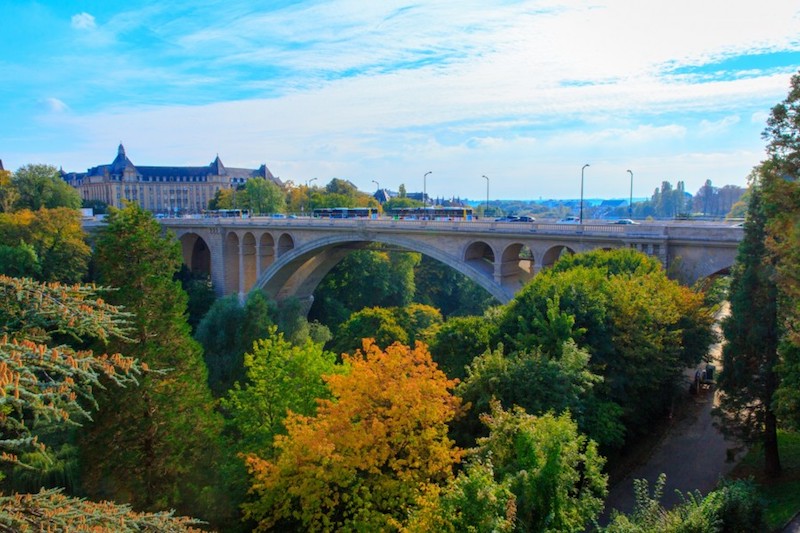 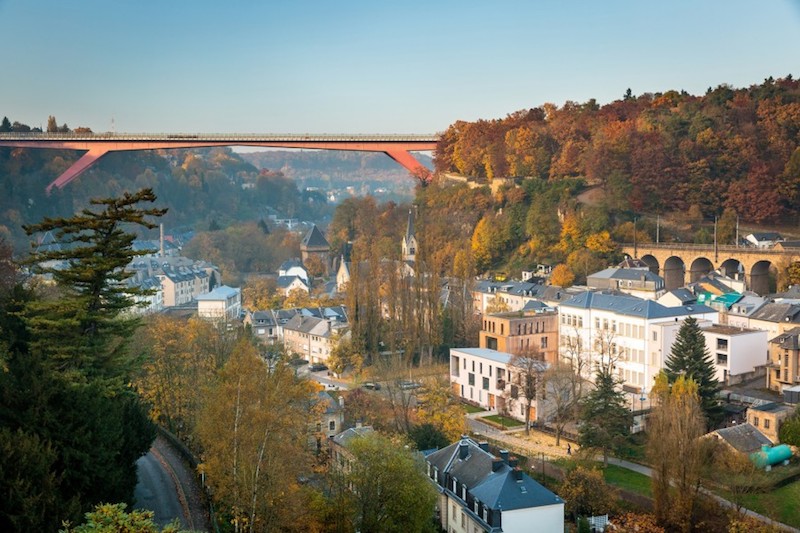