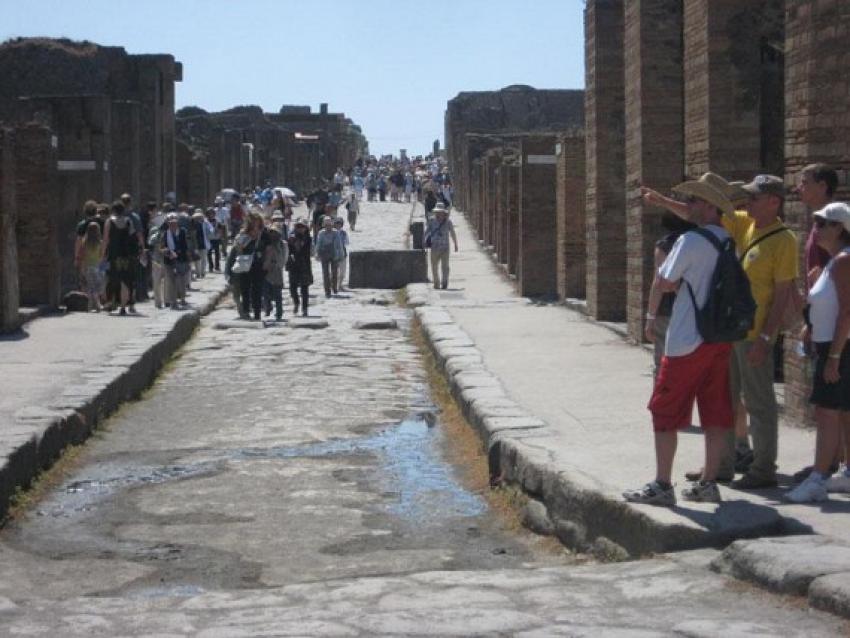 Two thousand years ago, the volcanic eruption of the Vesuvius completely destroyed the thriving city of Pompeii, inhabitants included. With a recent discovery, newer facts are coming up and makes Ranjita Biswas remember her visit to the city of Italy frozen in memory

A recent excavation in Pompeii in a villa outside the city in Italy finds two figures, a wealthy landowner and probably a slave, lying spreadeagled on the floor covered  with ash and lapilli. This discovery is also important, archaeologists say, because DNA tests show they were wearing woollen clothes and that the Vesuvius might have erupted in October, instead of August, 79 AD, as is generally believed.

A visit to the devastated city is also a lesson in the transience of human life. Who would have imagined that a volcano that remained dormant for 900 years would burst out with renewed vigour suddenly? More worryingly, some experts say it may erupt again in the decade 2020-30 and it can even destroy nearby Naples and that people should not build houses near the bay.

The accounts by Pliny the Younger, nephew of Pliny the Elder, who was in charge of the province of Pompeii, gives a vivid picture of what had happened that day and the way people were caught unaware by fury of the eruption. 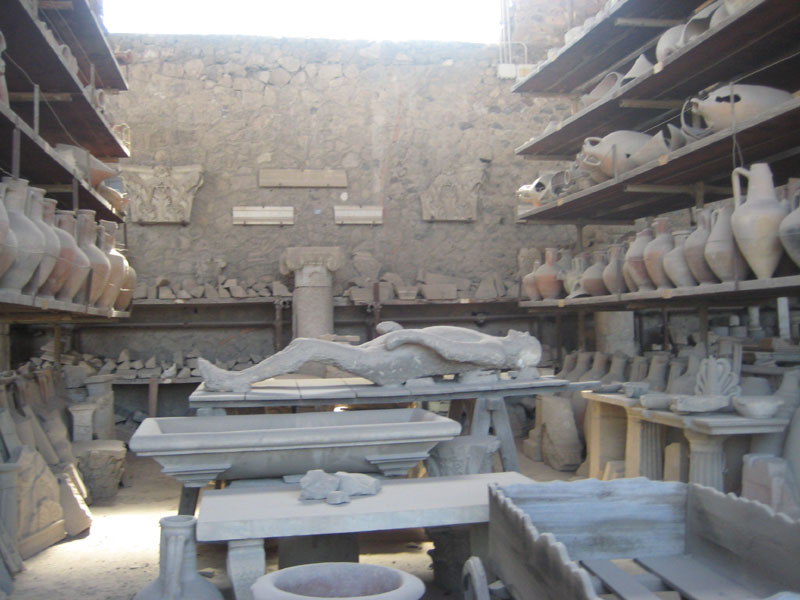 As I walked down the lanes of the ruined Roman city that summer, I remembered a book I had read long ago in my adolescence, The Last Days of Pompeii  by Edward Bulwer-Lytton. Written in 1834, the novel gives  a vivid description through its characters of the spewing a river of ash and lapilli that continued for two days and two nights burying the city, with its shops, public baths, and people working at a potter wheel or taking naps.

Like many sudden archaeological discoveries, Pompeii too came into public view accidentally after remaining buried for centuries. Architect Domenico Fontana was carrying out a survey for land improvement in the Sarno Valley in the late 16th century while building a tunnel. 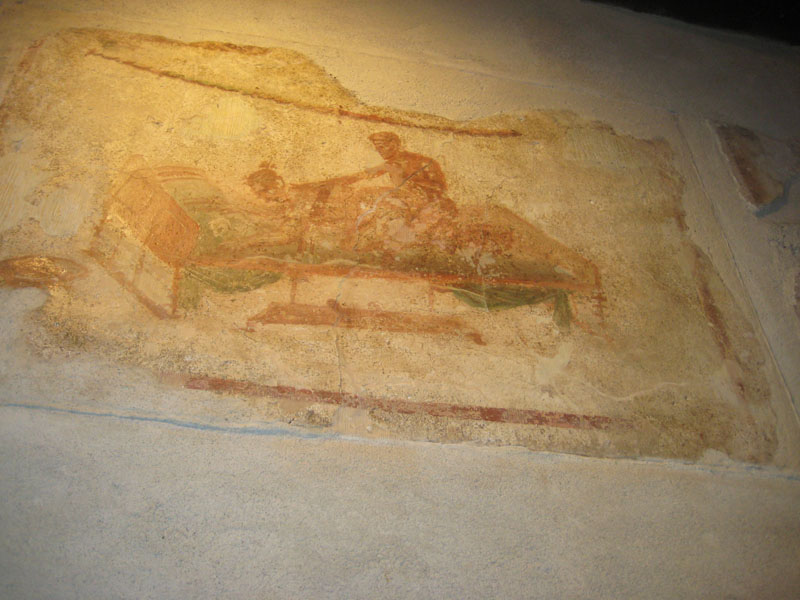 The real excavation, however, started in 1748 when King Charles III of Bourbon commissioned the first official excavation.  Then some inscriptions led to the amphitheatre of Pompeii.

In 1863, Italian archaeologist Giuseppe Fiorelli  used an innovative method of  pouring liquid plaster  into the spaces left in the bed of ashes and pumice stone and let it harden to get a plaster cast of  the corpses and other objects . And soon, as if by a magician’s stroke, a city emerged, with houses, men and women at different postures, exquisite statues like that of Apollo and Faun, etc. It was like Pompeii resurrected, literally from the ashes, to tell its story. 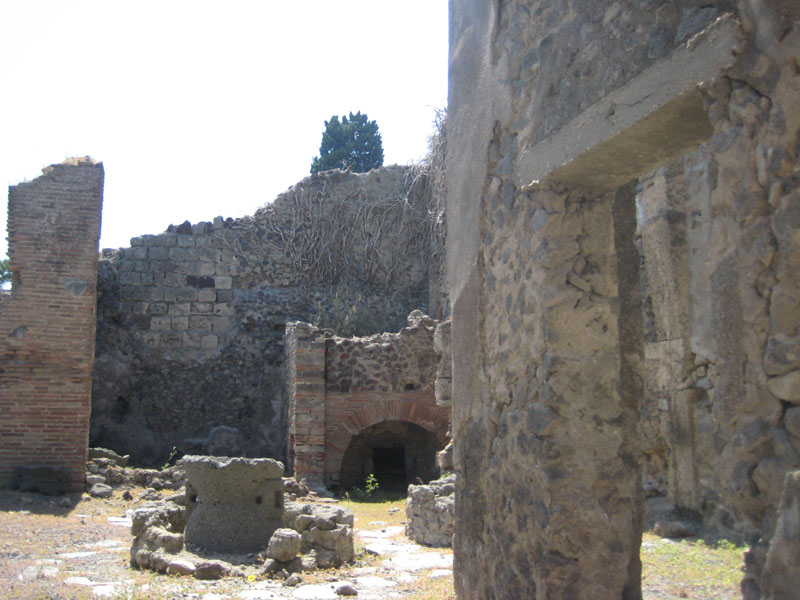 A UNESCO heritage site, Pompeii gives a rare opportunity to peek into the lifestyle of the Romans in the first century of the last Millennium. It was originally a  Greek town but became a Roman colony in 80 B.C. Hence, much of the architecture is Greco-Roman style.

Seven gates along  a three kilometre wall led to Pompeii. Near the  Sarno Gate entrance is the amphitheatre which could hold about 20,000 people. It is one of the best preserved amphitheatres of its kind in Italy. You can see in your mind’s eye gladiators fighting to death in the bloody sport to entertain the citizens. You can even explore the quarters where the gladiators stayed and practised, and a gymnasium on the opposite side suddenly bringing in images of the Oscar-winner movie Gladiator with Russell Crowe.

Of course, by modern standards the roads of Pompeii would seem rather narrow; but they were well laid out with footpaths. The guide points to horse hoof marks of chariots embedded on some cobbled tracks. The streets often used to overflew with water and waste material so there were stone blocks for pedestrians to step onto while crossing the street. These stone blocks also served as speed breakers to make the carriages slow down and not run over the pedestrians. 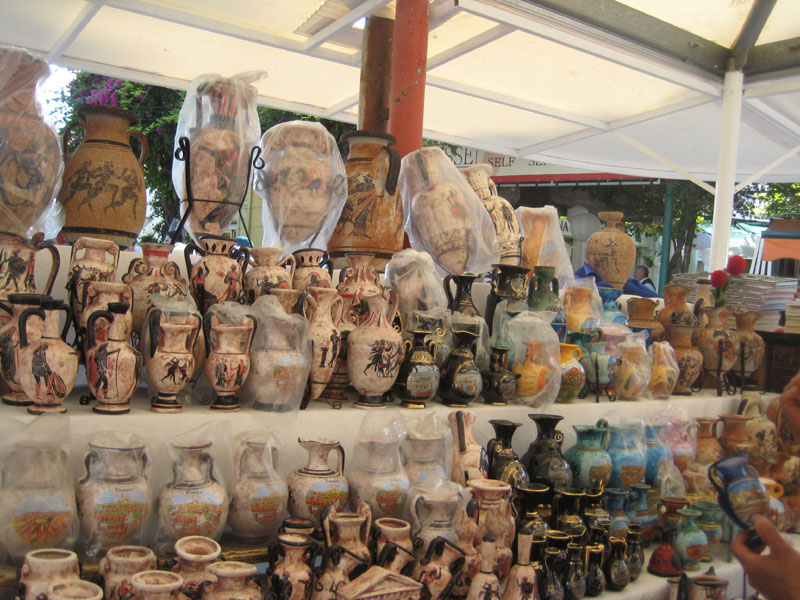 At some places,  you will notice small tiles called ‘cat’s eyes’ at  ground level. Moonlight or candle light reflected off these tiles and people could see their way at night, almost like today’s street lights.

There were water pipes built some 2000 years ago from which you can still drink even today. The Romans, after all, perfected the art of building aqueducts. These were made of lead but lined with lime to protect them. There are also public fountains and baths with provision for hot and cold water and holes on the wall to keep the clothes dry. These were divided into male and female sections.

The lay-outs of living and trade quarters show meticulous planning too. The houses of the rich still bear remains of beautiful frescoes. The walls were covered with at least six layers of plaster and then painted.

The huge hall where the fish and meat market was located show faded paintings with fishmongers and a lively market scene. You can also see where the wool market was located. The bakeries’ ovens look similar to the old brick stone oven seen even today in some rural areas. At the ‘House of the Baker’ there is a garden with millstones of lava used for grinding the wheat.

Common people were mostly illiterate and sign language was extensively used. So the ‘House of the Tragic Poet’ with the elaborate mosaic at the entrance depicts a chained dog, with the words Cave Canem-   meaning ‘Beware of dogs’. 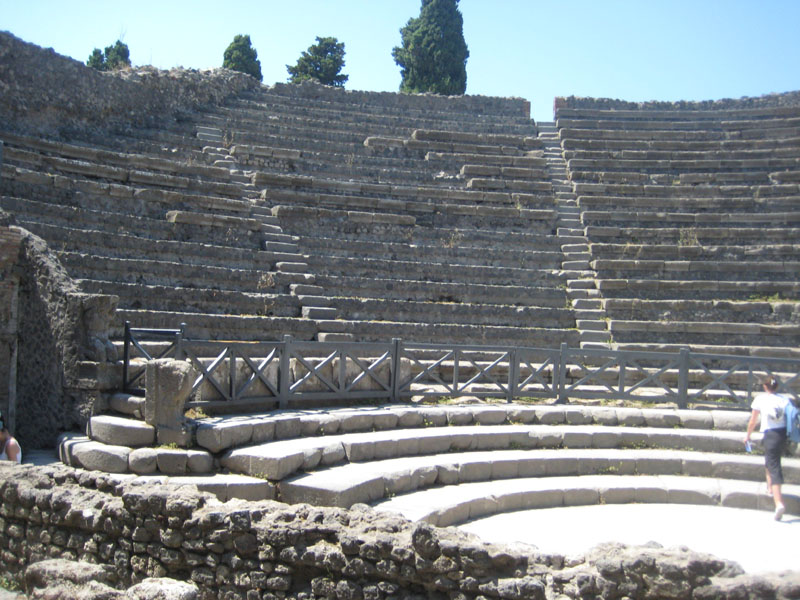 The Forum, as in all Roman towns, was the center of public life. The Basilica next to it was surrounded by many important   government, religious and business buildings. There is a ‘Granary’ where there are remains of   everyday life  like, amphorae and plaster casts of people who could not escape the eruption.  It is as if  it is an open-air museum, depicting the disastrous event, imitating  real life people,  as also  the ‘Garden of the Fugitives’ where groups of people lay, dying.

Now that new discoveries are being made- 50 acres of land are still being excavated, who knows how many ancient stories would be unearthed in Pompeii? After all, as recently as in 2018, archaeologists  discovered remains of a purebred horse with a bronze-plated saddle. Myths and reality merge in the buried city of Pompeii.