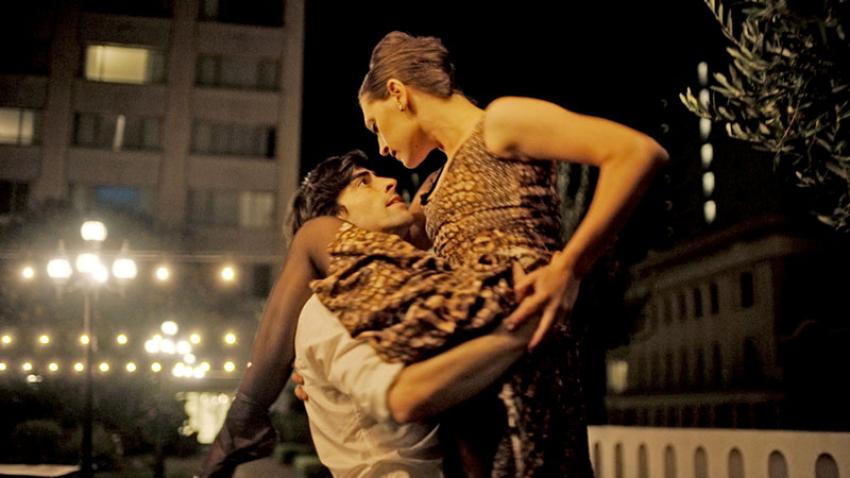 Those seeking to immerse themselves in art and culture (at long last!) will find San Francisco a must-visit destination in 2022. The city boasts a full and exciting slate of exhibitions, performances, and events that are as varied as San Francisco’s spectacular topography.

Few cities can boast a similar concentration of world-leading arts organizations, as rich an array of smaller arts organizations, or have a comparably deep community of creative artists and performers as San Francisco – all of which contribute to the unique character of the city. 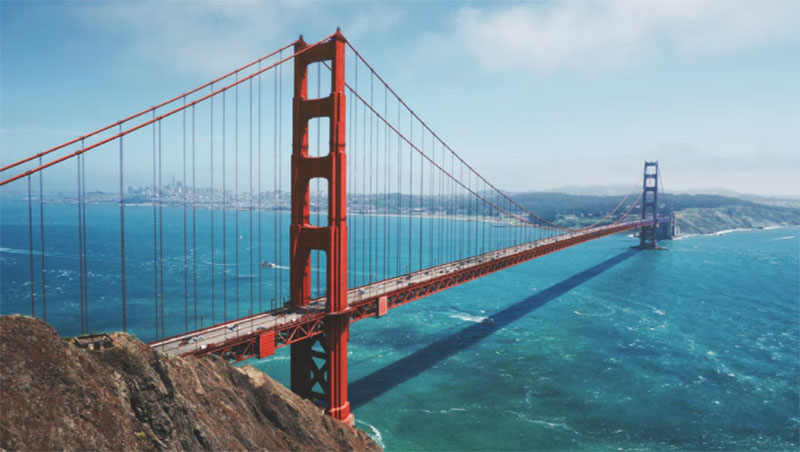 According to money.co.uk, San Francisco is one of the top five best cities in the world for art lovers based on a variety of data points, including the number of galleries, museums, sculptures, street art, and highly rated art universities and colleges.

Year of the Tiger on Parade | Location: Throughout the city

The San Francisco Chinese Chamber of Commerce brings back its public art project with the Year of the Tiger on Parade, part of this year’s month-long Chinese New Year festivities culminating with the return of the Chinese New Year Parade on Saturday, Feb. 19. Six life-sized Tiger sculptures created by local artists are on display throughout the city through Feb. 19. Find where to view the Tigers on Parade here: https://chineseparade.com/tiger-on-parade/

Institute of Contemporary Art San Francisco (ICA SF) | Neighborhood: Dogpatch
Before its official opening in September, ICA SF is welcoming the public inside from January to April with Meantime, a series of pop-up exhibitions by Bay Artists. Among the exhibits is Ancient as Time, a newly commissioned installation by Oakland-based tattoo and textile artist Chris Martin. Large soft sculptures employ expressive lettering and language pulled from hip hop and blues music, books, documentaries, and everyday conversations. Monumental hand-cut and sewn tapestry banners tell surreal stories of religion, captivity, and freedom, referencing traditional American and sailor tattoos re-coded to reflect the history and stories of the African American experience.

A noncollecting art museum, ICA SF will feature a major exhibition of work by Choctaw-Cherokee artist Jeffrey Gibson when it fully opens in September. The new museum occupies a refurbished 11,000-square-foot 1940s brick building that was once home to a paint company. For opening hours, visit https://www.icasanfrancisco.org/visit. Admission is free.

SF Ballet, an innovator in dance since its founding in 1933, begins its repertory season and Artistic Director Helgi Tomasson’s 37th and final season this February with the live world premiere of Cathy Marston’s Mrs. Robinson. The ballet, featured from Feb. 1 to 12 at the War Memorial Opera House, arrives after a two-year postponement of its debut due to Covid-19. For information on the full repertory season, visit https://www.sfballet.org/

Succeeding Tomasson as artistic director at the end of 2022 will be Tamara Rojo. She will be SF Ballet’s first new artistic director in nearly four decades and the first woman to lead the internationally recognized company. Rojo comes to San Francisco from London’s English National Ballet (ENB), where she has served as artistic director and lead principal for nine and a half years, raising the company’s profile through excellence and innovation, garnering awards and accolades, and championing female choreographers.

The San Francisco Conservatory of Music’s new $200 million Bowes Center for Performing Arts fully opens on Feb. 12. The Bowes Center will feature hundreds of performances each year, 90% of which will be free to the public.

The new 12-story, white and glass building designed by Mark Cavagnero Associates is located across from Davies Symphony Hall, one block south of City Hall. A new hub for music and collaboration, the Bowes Center is a “vertical campus” where students can create, learn, and share music. It features a glassed-in performance space overlooking City Hall’s dome and other performance spaces that can be seen by passersby on the street. Visit https://sfcm.edu/performance-calendar for more information.

This September, the San Francisco Opera will kick-off its centennial season honoring the company’s first 100 years while renewing its commitment to innovation. San Francisco Opera is only the third American opera company in history to reach this centennial milestone. The centennial season opening weekend of Sept. 9 to 11 features an Opening Night Concert and the world premiere of Antony and Cleopatra by John Adams and is followed by seven more mainstage operas, additional concerts, and community events through July 1, 2023. The centennial season opens on Sept. 9 with an Opening Night Concert followed by eight mainstage operas, additional concerts, and community events through July 1, 2023. For details, visit https://sfopera.com/opera-100/. In addition to the Opera’s 100th season, this year also marks the 90th anniversary of the War Memorial Opera House. San Francisco was the first in the U.S. to build a civic opera house as well as the first to vote municipal support for a symphony orchestra.

Launching a new era for San Francisco Opera is Caroline H. Hume Music Director Eun Sun Kim. In her first season as music director, which began with the return to live performances in the War Memorial Opera House last August, the 2022–23 season marks a return to full strength. Kim, who is both the first woman and Asian to hold the post of music director at a major opera company in the U.S., was recently named a New York Times 2021 Breakout Star. 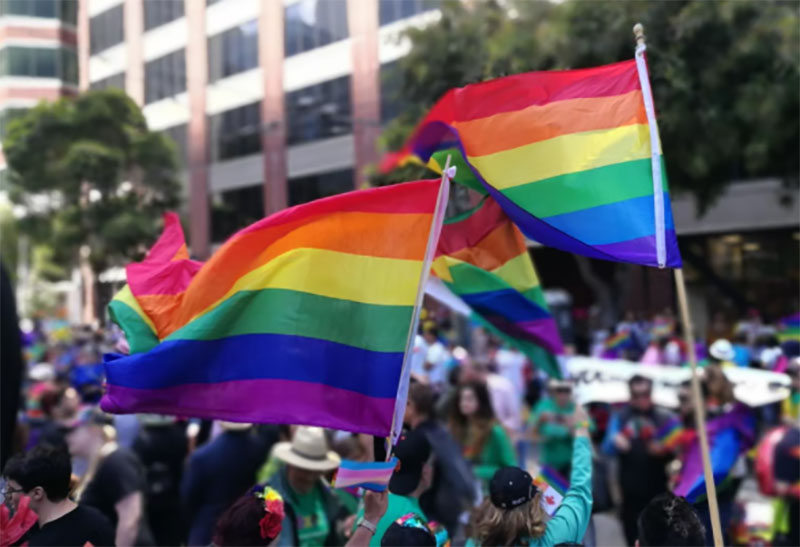 NCTC, San Francisco’s premier LGBTQ+ and Allied performing arts institution and progressive arts education conservatory since 1981, continues celebrating 40 years of serving the Bay Area LGBTQ+ community with a captivating 2022 season of plays. The anniversary celebration culminates with Encore, a magically melodious cabaret of iconic numbers culled from a songbook of over 50 musical productions that have lit up the NCTC stage. Featuring hit songs from blockbuster mega-musicals and hidden gems from indie darlings, Encore runs May 13 to June 12. For details on all performances, visit https://www.nctcsf.org/Shows. 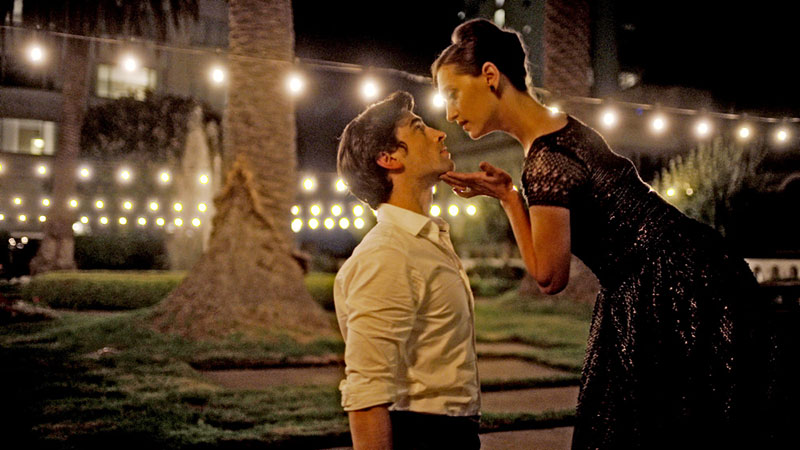 The Asian Art Museum unveiled its Akiko Yamazaki and Jerry Yang Pavilion in June 2021 with Continuity, an immersive digital marvel by teamLab, the international art collective based in Tokyo. The new 8,500-square-foot Pavilion is the centerpiece of the museum’s five-year transformation project and San Francisco’s largest new art exhibition space. On view through February, Continuity encompasses 14 movement-sensitive, luminous artworks that fill entire galleries and are hyper-responsive to human activity. The Asian Art Museum features the most comprehensive collection of Asian art outside of Asia. For more information, visit https://asianart.org/.

Premiering last November, California Academy of Sciences’ newest, original, all-digital planetariums show, Living Worlds, takes viewers on a revealing exploration of the ways life has transformed Earth’s surface and atmosphere over billions of years, and invites audiences to journey through the cosmos in search of life in our solar system and beyond. Narrated by Daveed Diggs, Living Worlds is the eighth original in-house product by the Academy’s award-winning Visualization Studio. It was named the winner of the 2021 Dome Fest West #BestOfEarth award for Science and Education. Living Worlds plays daily in the Academy’s Morrison Planetarium. Visit  https://www.calacademy.org/ for details and show times.

One of the Mission District’s newest murals, La Familia Santana, was unveiled last October and celebrates the Santana family’s legacy of incredible music. Located at the 24th Street BART plaza, the mural honors Santana family members Josefina and Jose; two of their sons, Carlos and Jorge; and one of the grandchildren, Salvador, son of Carlos. It is dedicated to Jorge, who passed away in May 2020. The year-long mural project was painted by award-winning artist Mark Bode and developed and supervised by Lisa Brewer of Mission Art415, Dr. Annie Rodriquez, and Dr. Bernardo Gonzalez. For more information, visit https://missionart415sf.org/. 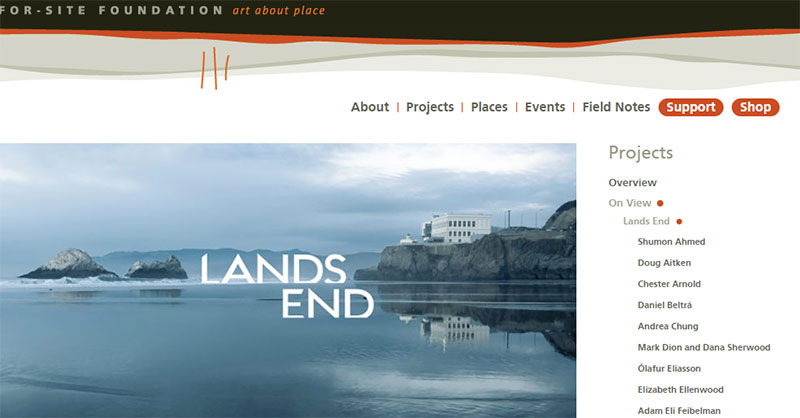 Lands End, the latest installation from the team behind Ai Wei Wei’s legendary @Large exhibition on Alcatraz, debuted last November and turned the site of the former Cliff House restaurant into an immersive, engaging collection of works all focused on climate change. Twenty-seven works by contemporary artists and collectives from around the globe are on display through March 27. Plan your visit here: https://www.for-site.org/project/landsend/.

Letterform Archive debuted the first exhibit in its new custom-designed gallery last November. The exhibit, Bauhaus Typography at 100, draws a throughline from the Bauhaus’s iconic style to the shape of typography today and features more than 150 pieces from the Archive’s permanent collection, including works by Johannes Itten, Paul Klee, Wassily Kandinsky, László Moholy-Nagy, Herbert Bayer, Joost Schmidt, and Friedl Dicker. The exhibit runs through April 28. Find more information at https://letterformarchive.org/.

San Francisco is one of the metropolitan areas in the U.S. that has consistently kept Covid-19 largely under control. The  COVID-19 Prevention & Enhanced Cleaning Guidelines put forth by the Hotel Council of San Francisco, ensure that the city’s hospitality businesses are adhering to the most elaborate cleaning and safety protocols. San Francisco Travel invites all visitors who are planning to come in 2021 to contribute its part to a safe and enjoyable experience by taking our Safe Travel Pledge.

For information on reservations, activities and more, visit www.sftravel.com.