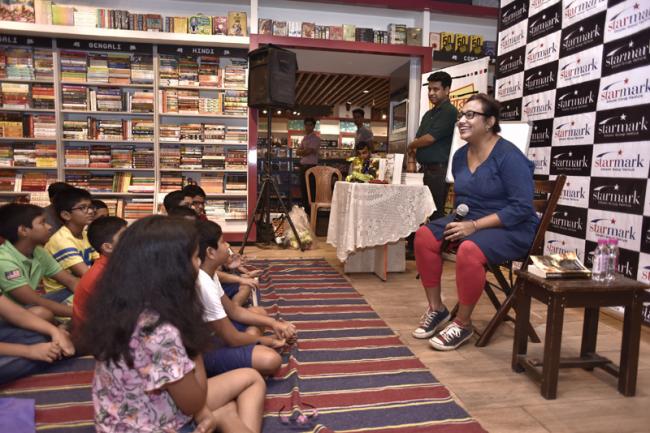 Kolkata, Oct 4 (NITN): Starmark in association with Playtonic conducted a storytelling session ‘Once Upon a Time….’ recently at one of their outlets in Kolkata.

The hour-long session was conducted by storyteller Rashmi Bose for kids aged between 9 and 12 years.

Parents were also present throughout the session.

Rashmi Bose who is known her work with children and associated with various schools, encouraged the kids to think beyond the popular fairy tales; her aim was to teach the kids about the various alternative fairy tales and encourage them to participate in games.

Parents also participated in the storytelling session with the kids. 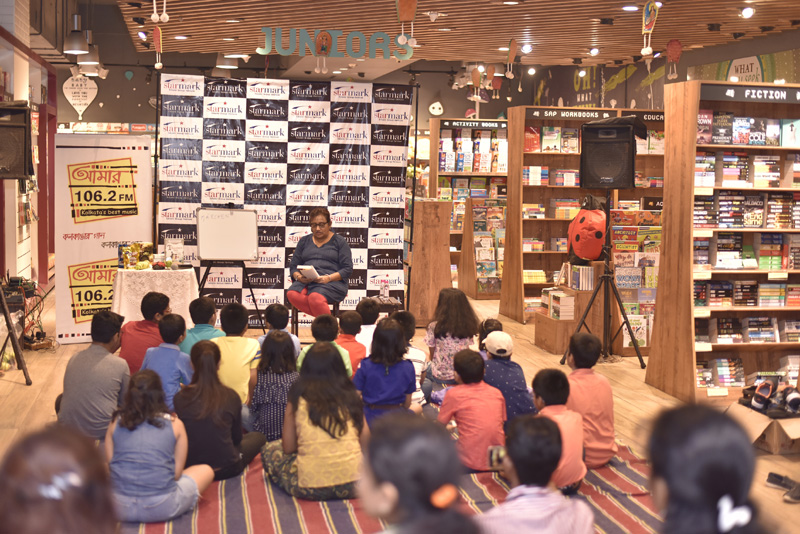 Said Rashmi Bose, “I think kids nowadays are exposed to diverse things because of the digital world. So they find fairy tales kiddish and boring. There are plenty of alternative fairy tales, such as ‘Into the Woods’, which are closer to reality and easier for kids to relate to. So the purpose of this session is to get the kids acquainted with these stories and encourage them to participate in the games.”

The games included quizzes based on stories that were narrated and some role playing based on the characters from the fairy tales.

Winners of the games were given chocolates and toys as prizes.