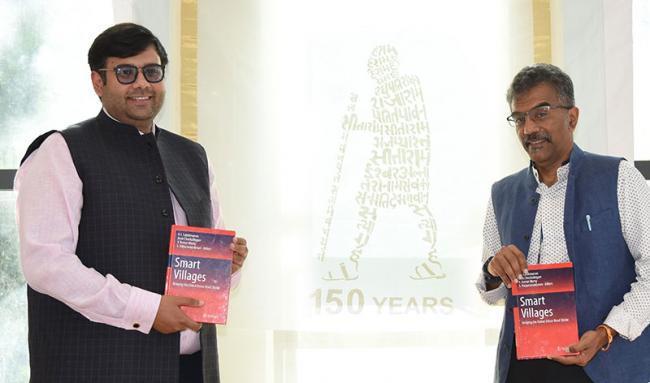 The book launch event was organized by the Sona Valliappa group, whose vice chairman Chocko Valliappa along with Nirmalesh Sampath Kumar, Director, Innovation & R&D at the Sona Group have contributed two chapters on the group’s work in the villages around Salem.

The event was timed to coincide with the day Mahatma Gandhi renounced the dhoti and shirt in favour of the loin cloth, since it happened at the premises of the Sona Group founder.

Speaking at the launch event, the main author of the book, Dr V I Lakshmanan, Professor, University of Toronto, Canada described how Gandhi's ideas on the village economy were inspirational as were former President Abdul Kalam’s PURA (Providing Urban Amenities to Rural Areas) initiatives.

He also said how it was heartening to see Dr Sridhar Vembu taking the bold step of reverse migration to a village, thereby being the most apt person to launch the book. 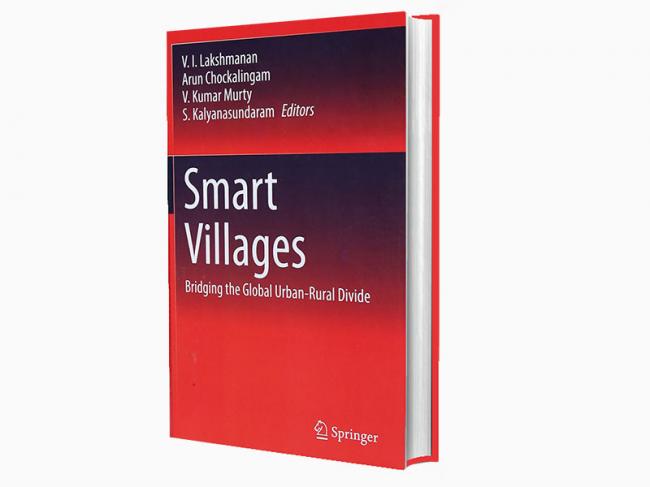 Dr Vembu too talked about drawing inspiration from Dr Kalam’s ideas and how he shifted to Tenkasi even before the pandemic.

He said that if in a few villages, one could showcase how through skilling, technology and infrastructure, one could run an enterprise, the model could be replicated in other areas.

The latter gave up wearing shirts and dhoti and switched to the loin cloth in the temple town of Madurai on September 22, 1921, in none other than Chettiar’s house. It may be pointed out that the Sona Group’s foray into education was also an outcome of the magnate’s meeting with the Mahatma.

The role of women’s empowerment in uplifting the rural economy also was a focal point of discussion at the event.

Kuppulakshmi Krishnamoorthy, global head, Zoho for Startups, shared her own inspiring story of growing up in a tier-3 city like Salem and charting a career path in a global corporation.

“I joined Zoho in 2010, where one of the many important things talked about in smart villages - right infrastructure, knowledge, and accountability – are all part of the organization culture," she said.

"I keep going back to this word called accountability in all its depth, in all its power that the word wields,” she said, describing how Dr Vembu asked each employee to look inwards about their purpose and aim in life.

She stressed how important it was for women to “show up”.

Describing how she herself was a caregiver, and could understand the challenges faced by women to balance a career with other responsibilities, she said one needed to be empathetic leaders to understand what women are going through every day.

In their paper Chocko Valliappa and Nimalesh K. Sampath Kumar have emphasized the need for addressing the specific needs of the differently abled through technological intervention.

For such women, the odds are even more heavily stacked.

They need empowerment through special training to become independent and armed with the appropriate skills to get jobs.

Besides, farmers have to cope with the vagaries of fluctuating prices. Tomatoes may be priced at Rs 50 a kilo one day, then plummet to Rs 15 the next week.

Cold storage facilities are few and far between. Farmers are compelled to dump their produce at throwaway prices.

A beginning has been made by the Sona College of Technology at the Women’s Technology Park (WTP), Salem in Tamil Nadu, where it is running five projects, sponsored by the Department of Science & Technology.

Fringed by hills, Salem is witness to a quiet revolution, thanks to WTP, by training nearly 800 women, successfully turning village women into entrepreneurs, through sustainable schemes.

Among a host of striking innovations is a solar power dryer, which helps dehydrate vegetables like tomatoes, lemon rinds, spinach, bananas, drumsticks etc, all within a matter of hours.

The idea is to help rural women to set up cottage industries close to farms to help process vegetables and fruits and prevent them from rotting. 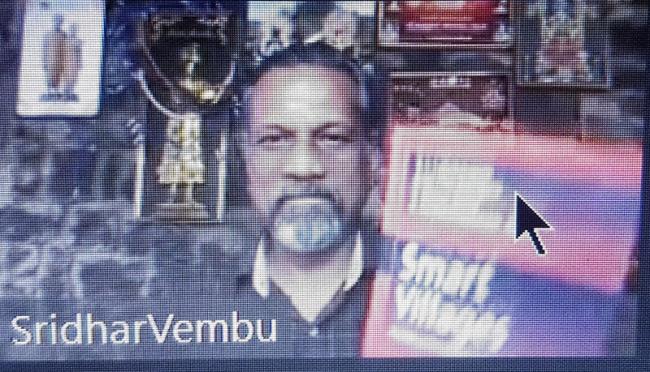 There is further value addition up the food chain, creating candies from dried products or simply powder for use in soups.

There is a tile-making unit, for fashioning concrete slabs for using industrial waste in pavements.

Tiles in different hues and in various geometric designs are fabricated by mixing concrete with steel slag (collected from a local steel plant) and poured into moulds.

Sone College’s civil engineering department has developed the technology and the mix for these super absorbent tiles creating circular economies and waste to wealth solutions.