News
India
Illustrations can advance the story as well as the text for children who can't read: Shobha Tharoor Srinivasan 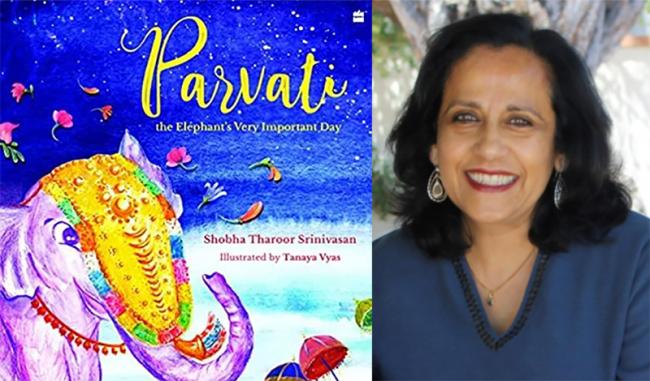 Q: How did your journey towards being an accomplished author begin?

In the world in which I grew up, we did not even have television in Calcutta till I was a teenager, so books became my source of entertainment.

Stories, elaborate narratives, listening to music on the radio and dancing to its tunes, reading and writing were all that we did in those days. Writing was very much a part of the 'Tharoor DNA' and our home structure.

As a kid, I wrote a piece inspired by what I was reading at that time which got published in the kid's corner of The Hindu and Sunday Times. Getting published was a reward in itself and when I saw my name in the byline it was exciting, after this I also did middles for The Times of India.

I used to also write for the weekly column in my college newspaper and after that I spent two decades doing technical writing and making presentations for the City Council.

The children's book came when the kids left home. I always had a few stories in my head that I made for them and this is where it all began. 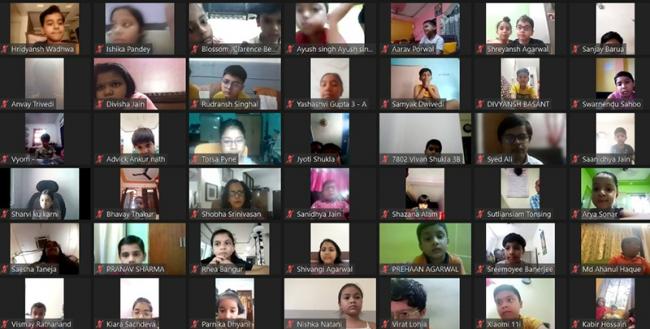 Q: What were your ideas on the illustration and how well was the illustrator able to portray it in Parvati the Elephant's Very Important Day?

Usually, the author, unless they are an illustrator themselves, doesn't get to select the illustrator. I always had a vision for the illustration and wanted it done in a particular way, but I am delighted to say that Tanya Vyasu who is an incredible artist has done a fabulous job with this book.

She used to share pictures with me which were exactly what I had in mind for various scenes.

Q: What's unique about a picture book such as yours?

The interesting aspect of a picture book is that they give a great deal of importance to the visual illustrations as well because they usually cater to kids below the age of eight.

As far as the visual elements are concerned, the illustrations can advance the story as well as the text for those children who can't read. Making them look at pictures while they are being read helps children follow what they are hearing. 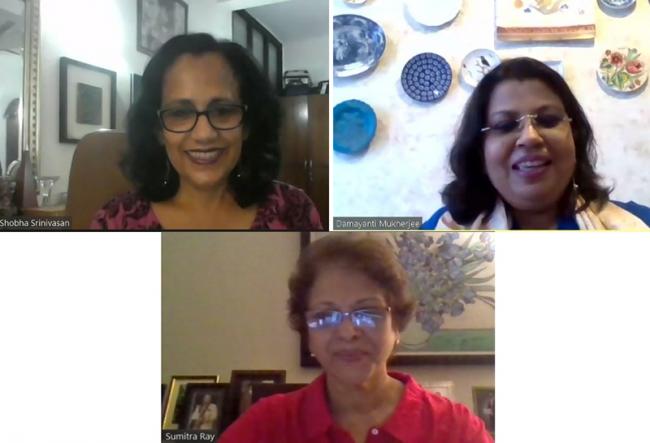 Q: At first glance, the book is meant for children but is it strictly so?

Even though this is a picture book for a particular age group, I have presented what I am doing, therefore even if you are an adult reader, an environmentalist or an educator, you will find attempts being made to answer some of your queries about mistreatment and festival traditions.

The story is meant to create stewards not just for the planet but for animals too.

One keeps hearing about the use of firecrackers and cruelty to animals and I have talked about these in the story but as long as the festival traditions are there it's important for children to get involved in this narrative about animals to make them better informed and able to question whether the elephants are getting what they need.

What's the mindset with which you write a children’s book?

When I write a book it's not solely meant for parents or for the little ones. Genuinely, all of the books that I have written are supposed to live with you and be something that you can learn from. That is how I see my role as a children's author.

What are your reasons for choosing to name the protagonist of your story Parvati?

Me and my mischief made me choose the name Parvati for the elephant and in many ways I used my literary license.

Usually, the male elephants are used to carry the god on their head and they are the tuskers.

Asian female elephants don't have tusks, so I have put in a female elephant to create gender role reversals and show that all of us can carry the god. This is not meant to be a dig at anything, it's just that I chose to do that.

Another reason for the selection is that I love a multi-syllable name as it brings in the musical element.

Q: How can one make sure that the poetry of life does not vanish when the kids turn old?

While growing up we were all asked to memorise the poetry which was so wonderful because poems are like songs and who doesn't love songs.

When you learn a poem and are able to recite it there lies a certain joy in that but honestly these days we are only able to recall those poems that we learned while in school.

I think both rhyme, music and poetry would be loved by children instinctively if they are exposed to it.

My book is written with simple rhyming couplets so that the kids understand it and perhaps get inspired to write their own poems.

Just last month, another book of mine called 'It's time to Rhyme' was launched in which I introduced nine poetic forms to children.