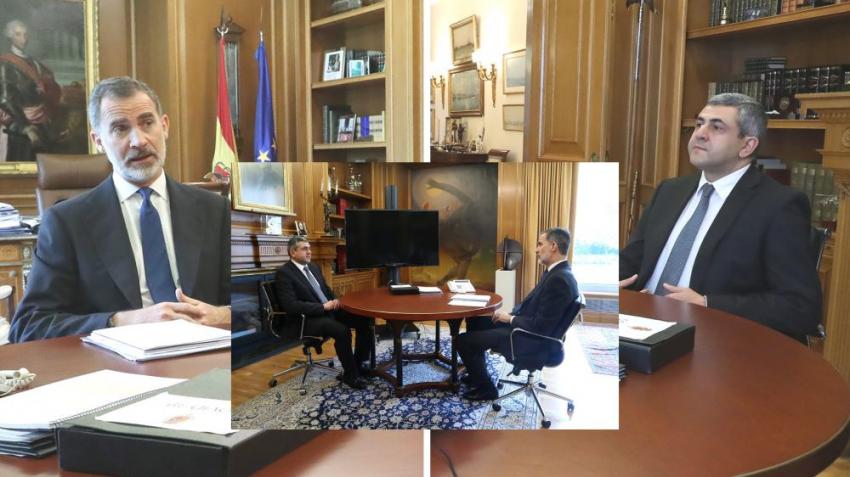 Madrid/NITN: The Secretary-General of the World Tourism Organization (UNWTO) was last month received by H.M. King Felipe VI of Spain to assess how the Covid-19 pandemic is affecting the tourism sector both nationally and internationally.

The Spanish Head of State was briefed on the global response being led by the UNWTO at the audience, which acknowledged the importance of the tourism sector for economic and social recovery in the face of the pandemic.

During the audience, UNWTO Secretary-General Zurab Pololikashvili stressed the urgency of mustering a coordinated political response at the international level, as well as a real commitment to support tourism, a sector that accounts for 10% of jobs worldwide.

The Covid-19 crisis has coincided with the beginning of the Decade of Action, the countdown to the achievement of the 17 Goals deriving from the 2030 Agenda for Sustainable Development. Tourism, in particular, has demonstrated its important role in sustainable development, “and that is why it must be part of relief programmes and actions, ensuring that no one is left behind”, said Pololikashvili.

Last January, Pololikashvili presented to the King the Madrid Declaration on Tourism in the 21st Century. This Declaration, the Secretary-General said, “is now more relevant than ever because it emphasizes the resilience of tourism in the most difficult situations”.

According to the UNWTO’s figures, tourism accounts for 12% of the GDP of Spain, which in 2019 received nearly 84 million international tourists, whose expenditure amounted to 80 billion US dollars. In 2018, the country was the world’s number two destination in terms of both tourism arrivals and receipts.

Today, tourism is among the hardest hit sectors due to Covid-19 and its consequences. The UNWTO estimates that international tourist arrivals worldwide this year could fall by as much as 30%, with a corresponding loss of international tourism receipts of up to 450 billion US dollars.

At the same time, the UNWTO recalls that tourism has been a reliable driver of recovery in the wake of past crises, generating wide-ranging benefits that have transcended the sector, reflecting its broad-based economic value chain and deep social footprint.

The Secretary-General expressed his gratitude for the support given to the mandate of the UNWTO, the only United Nations specialized agency headquartered in Spain.

The pandemic “is a challenge for Spain and the rest of the world, but far from defeating us, it will make us stronger as a global society,” he concluded.