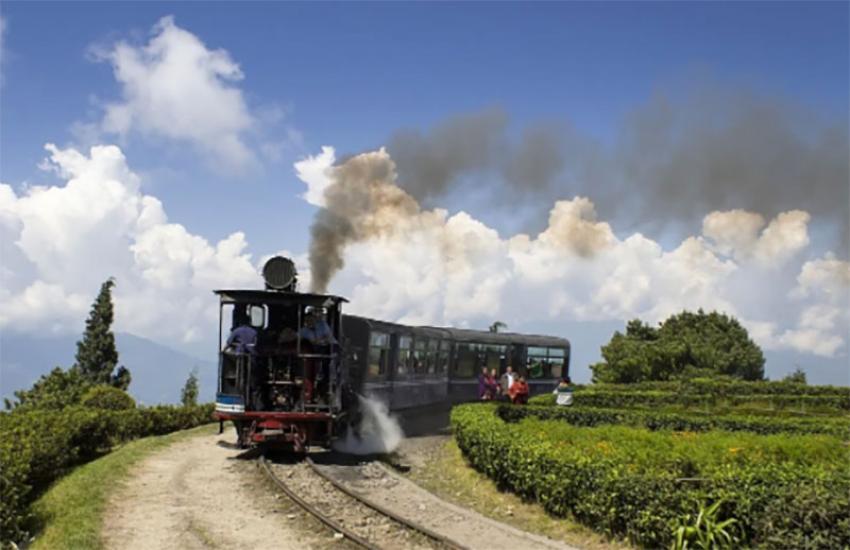 Kolkata/NITN: Darjeeling Himalayan Railway (DHR), popularly known as the Toy Train, has resumed its full journey after more than a year.

The route, which connects the Queen of the Hill Stations, Darjeeling, with New Jalpaiguri located in the foothills, had been shut down owing to the pandemic situation.

Train operation between Darjeeling and Ghum resumed on August 16 while the complete stretch was re-opened on August 25.

The Darjeeling Himalayan Railway became the second railway in the world to be inscribed as a UNESCO World Heritage Site in 1999. Subsequently, the tag was broadened as the Mountain Railways of India and included the Kalka-Shimla Railway and the Nilgiri Mountain Railway along with the DHR.

Interestingly, on August 25, the United Nations Postal Administration released to collectors the 2021 World Heritage prestige booklet, featuring bridges, waterways, and railways, which includes a set of stamps on the DHR.

It is a moment of pride for Indian Railways as UNESCO has launched a stamp on Darjeeling Himalayan Railway.

Among a few world heritage sites, Darjeeling Himalayan Railway attracts tourists from all over the world. pic.twitter.com/YGF5Hp0iVq

However, currently the DHR is in the middle of a controversy arising from media reports that it is likely to be privatised under the Central government's National Monetisation Pipeline (NMP) scheme