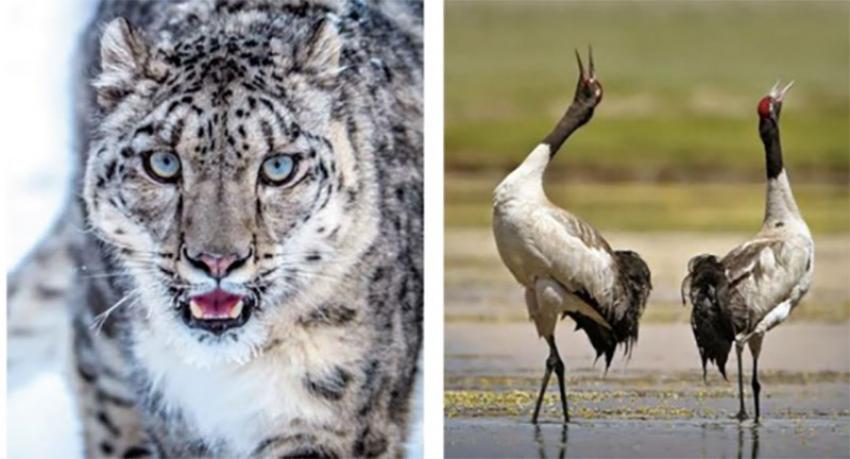 Leh/NITN: The Union Territory of Ladakh has declared the snow leopard as its state animal and the black-necked crane as its state bird.

A resident bird of India and China, the black-necked crane is found in Ladakh only (in India), and hence was a natural choice, according to reports.

According to the IUCN Red List of Threatened Species 2020, the black necked crane, with 6,600-6,800 mature individuals, has been placed in the near threatened category.
The snow leopard is found in high altitude mountains in India, Nepal, Bhutan, China, etc.

According to the IUCN Red List, there are 2,710-3,386 mature individuals (as per 2016-2017 studies) in the wild and the population is showing a declining trend; hence the organisation has categorised it as vulnerable.

The union territory of Ladakh was carved out from the former state of Jammu and Kashmir (which is now a Union Territory too).

As a union territory, Jammu and Kashmir is yet to declare its state animal and bird.