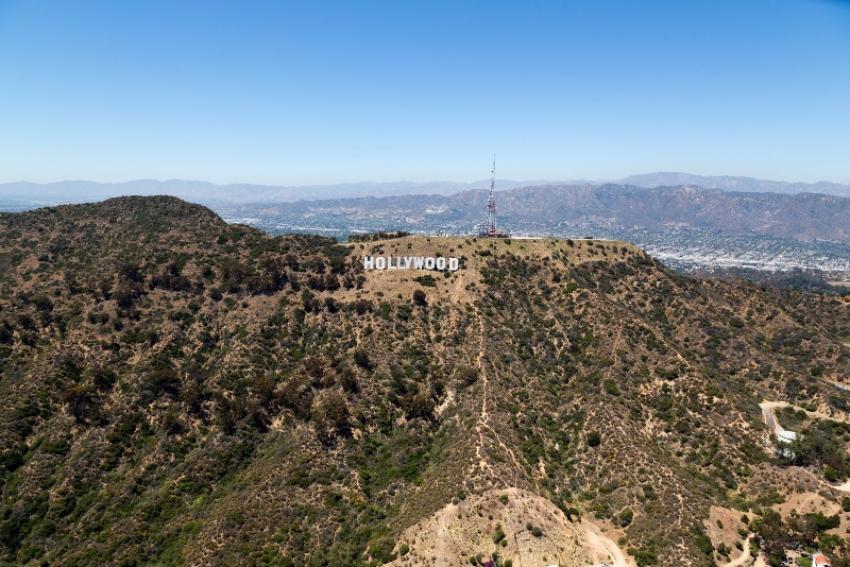 Is that who I think it is? In California, the answer is probably yes. Here, stars and celebrities live, work, and play. Look around on a sunny SoCal beach and you might see Matthew McConaughey bodysurfing in the waves. Shop at a market and see Matt Damon looking at fresh fruits. It really does happen here. Follow these insider tips on where to look for stars.

Where to see stars in Hollywood

Stargazing takes on a different meaning in Tinseltown. While there’s no guarantee you’ll spy a familiar face when you’re here, there are some locations where you can up the odds—particularly at hotels. Start at Hollywood’s luxurious, castle-like Chateau Marmont. Always a celebrity magnet, this elegant hotel is a revolving door for the hippest celebs. Check the palm-tree ringed patio during lunch hours for A-listers like Scarlett Johansson and Robert Pattinson. Teddy’s, the unmarked celebrity haunt at Hotel Roosevelt on Hollywood Boulevard, is a favorite for the VIP set, and while you probably can’t get through the door, you can hang out in the lavish lobby to see who comes and goes. The basement-level recording studio at the Sunset Marquis draws mega-watt musicians including Madonna and Elton John. 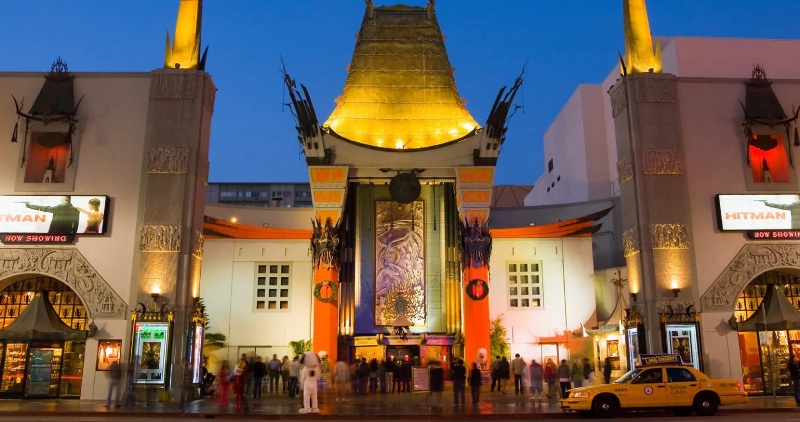 Since 1927, this ornate Asian-themed movie house has been hosting films, and it’s still a top place for premieres in Hollywood, with arc lights and paparazzi and the hubbub that goes with the movies. But it’s the courtyard out front that gets even more attention: it’s where more than 200 famous celebrities have left their hand- and footprints in cement, then signed them personally—sometimes with a flourish. Marilyn made prints with her signature high-heel pumps; John Wayne stepped into wet cement with his cowboy boots on; Star Wars’ R2D2 left wheel prints. 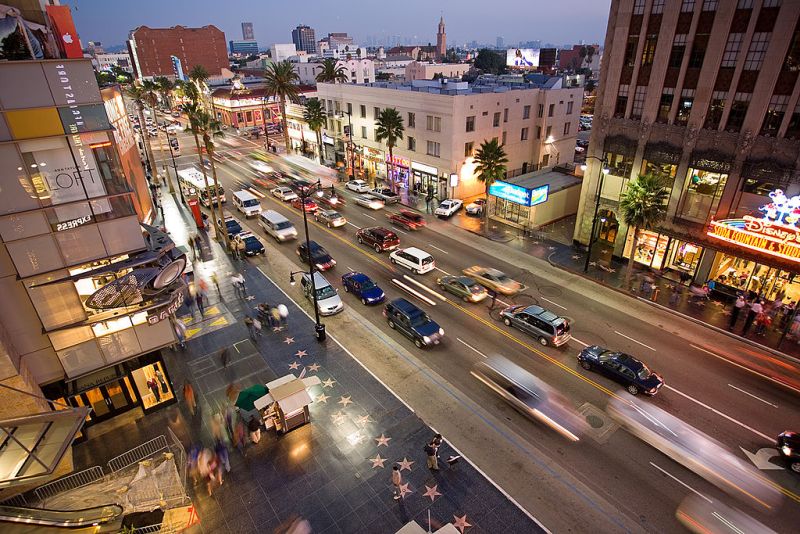 The world’s most famous sidewalk boasts 2,400 stars and counting

When you’re in Tinseltown, posing with a sidewalk star along the Hollywood Walk of Fame is practically a rite of passage—and it’s also one of the city’s most beloved free attractions.

Honouring luminaries in motion pictures, television, radio, live theatre, and recording since 1960, the famous sidewalk includes both sides of Hollywood Boulevard from Gower to La Brea, plus both sides of Vine Street from Yucca to Sunset. The handsome terrazzo-and-brass stars (each costs about $30,000 to install and maintain) are unveiled at free public ceremonies, which are often attended by honourees and their celebrity entourages—a great way to see stars if that’s one of your Hollywood goals (and isn’t it everyone’s?).

And don’t think this is about honouring has-beens or where-are-they-nows: Getting a star is still considered an honour, with an impressive roster of recent honourees (Javier Bardem, Viola Davis, James Franco, to name a few). Want to find a particular star? Use the Walk of Fame’s online Star Search tool to send you to the location for your dream photo op. While you’re there, you’re a short walk from such big Hollywood Boulevard attractions as TCL Chinese Theatre, El Capitan Theatre, and Madame Tussauds Hollywood. 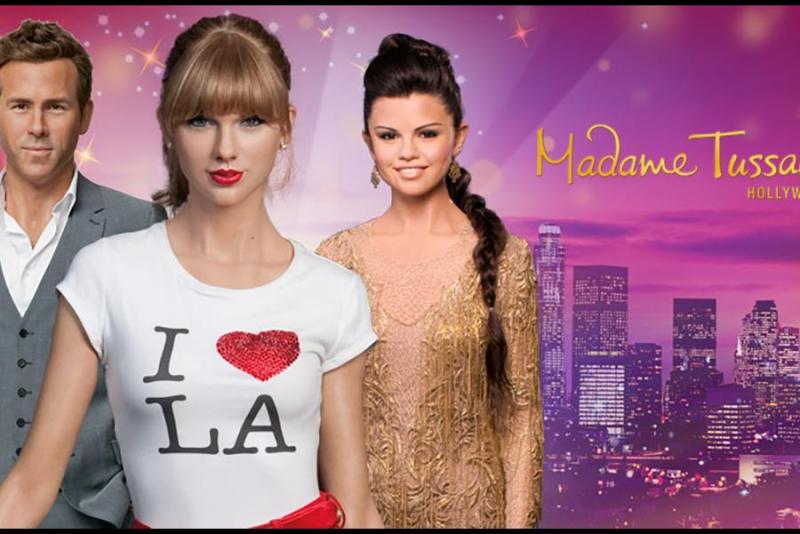 Wax gets real at this celebrity-filled interactive museum

No velvet ropes or barriers here—at this interactive wax museum, getting close to some of the most recognizable people in the world isn’t seen as a violation; in fact it’s encouraged. More than 125 life-like figures from the worlds of film, TV, music, sports, and even super heroes are on display, and the likenesses can be downright eerie. You might have to pinch Ann Hathaway to make sure she’s not real—credit that to the meticulous work of the museum’s highly trained sculptors, who have collectively created wax figures of real people for more than 200 years. Don’t leave until you’ve had the chance to shoot hoops with Kobe Bryant, sidle up to Johnny Depp, and perform onstage with Rihanna. 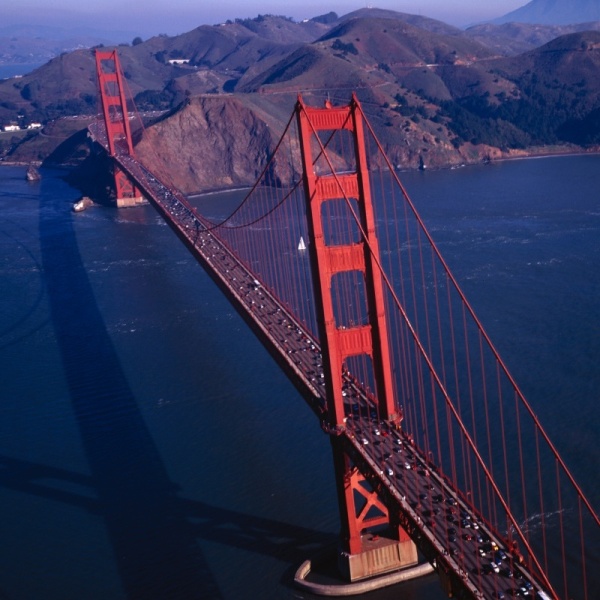 Get an inside peek at Fast & Furious and other blockbusters

With a behind-the-scenes look at movie-making magic, plus blockbuster-themed detours along the way, the world-famous Studio Tour that snakes you through the back lots at Universal Studios Hollywood ranks as a must-do ride in California. Sure, it’s primarily a theme park ride, so you’re probably not going to see Brad Pitt strolling by, but you really do get to see the sets and learn about classics ranging from Frankenstein to Jaws. Then slip on 3D glasses as you drive into wraparound action, especially the technologically advanced Fast & Furious—Supercharged thrill ride —where make believe becomes reality as you’re placed into the action during a high-octane scene. The ground-breaking attraction, presented as the grand finale to the Studio Tour, catapults you into the high-stakes underground world of street racing at perceived speeds of more than 120 miles per hour/193 kilometres per hour.

Another detour takes you into a 360-degree, 3D jungle that feels startlingly real, especially when King Kong emerges to battle dinosaurs—with your tram rocking and rolling in the middle of the brawl. Mellower sections of the tram tour wind through real sets of make-believe towns, cities, and suburban neighbourhoods used in hundreds of films and TV shows, as well as original sets from major films like Psycho, Jaws, and War of the Worlds. Live guides and onboard videos featuring late-night TV host Jimmy Fallon add entertaining insights along the way. 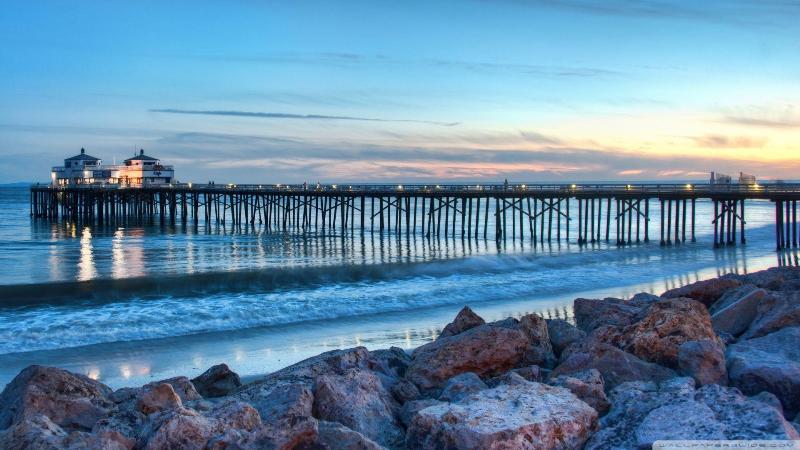 Stretching for more than 30 miles along the Pacific and Highway One, Malibu has achieved almost mythological status among California beach towns. Hollywood stars and top athletes live in oceanfront homes here, under an elegant veil of privacy on long strands of beach, and enjoy front-row seats for surfing and unforgettable sunsets.

While it may sound exclusive, there is plenty of Malibu magic for visitors to access too. Considered to have some of the most perfect waves anywhere, Malibu’s Surfrider Beach, just off the Malibu Pier, was named the first World Surfing Reserve; nearby Zuma Beach is a sun magnet for locals and families. In winter, Point Dume, at Malibu’s north end, provides an ideal perch for spotting migrating grey whales.

The perfect aesthetics stretch beyond the beach, too. The Getty Villa—the original home of the Getty Museum, which opened in 1974—focuses on Ancient Greek and Roman Art (admission is free, but you need to make a reservation). For more contemporary, beachy masterpieces, check out the 30 historic surfboards on display, some dating back to the 1910s, at the Surf Museum at Pepperdine University’s Payson Library. And for wearable art—and perhaps to spot one of the local celebs—browse the shops at the Malibu Country Mart and Malibu Lumber Yard, two upscale retail centres located next to one another.

Afterward, grab a bite at Malibu Farms, the organic café and restaurant that sits right on the pier. Or browse the fresh catches—and try one of the famed ahi tuna burgers—at Malibu Seafood, right across from Dan Blocker Beach. To spend the night like an insider, get a room at the 47-room Malibu Beach Inn, a former motel located on the so-nicknamed Billionaire’s Beach, which was given its original makeover by Hollywood mogul David Geffen.

Tough as it is to drag yourself away from the ocean, head inland a short distance and you can also hike through hills and canyons, filled with spring wildflowers and even waterfalls, on trails in the Santa Monica Mountains National Recreation Area. For a cool guided experience, take one of the two-hour Malibu Wine Hikes on the rolling terrain of Saddlerock Ranch vineyard; walks include stops to see Chumash cave drawings, a meet-and-greet with a movie-star giraffe (he was in Hangover 3) and, of course, a wine tasting.