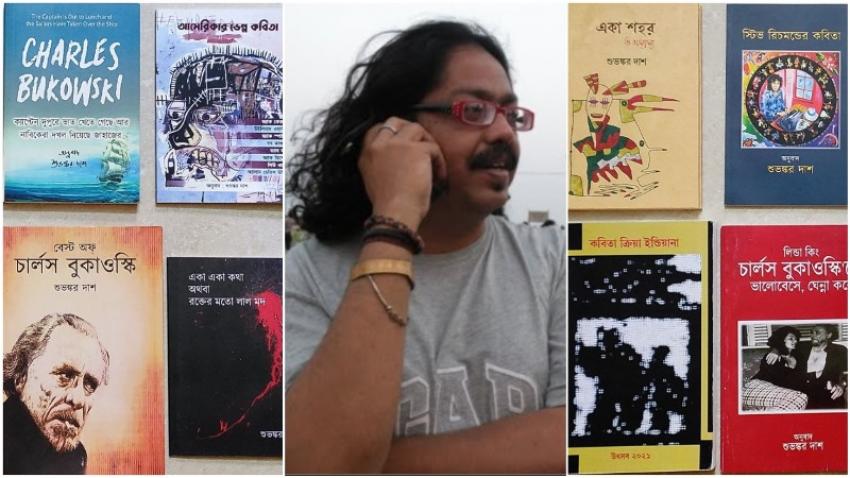 Welcome to the world of little magazines, mimeo editors, outlaw poets, chapbooks and experimental writing. IBNS caught up with Subhankar Das, an independent writer, literary activist, poet, blogger, publisher and film producer, to answer some of the questions pertaining to the future of little magazines and small publications in the era of Instagram.

The Little Magazines movement is a world of its own where unknown writers, unpublished poets and unsung litterateurs and activists share their literary exertions and thoughts with well-knit think alike groups spread across the globe.

But how is this child of the mimeograph revolution of the 60s and 70s coping up with the ever-evolving digital universe where the rules of publication and the way we share information have vastly changed. Is digital revolution an existential threat to Little Magazines or will it bring boundless opportunities and unlock limitless creativity?

The Hungry literary movement in the early 60s was a turning point in Bengal’s literary scene. It inspired thousands of writers, poets and literary enthusiasts and still continues to influence the likes of Subhankar Das who was born in 1963 when the movement was at its prime.

Over the past three decades Subhankar Das has evolved as a poet, writer, publisher, film producer and literary activist. While Jibananda Das and Allen Ginsberg of the Beat generation are his favourite poets, Subhankar is an ardent admirer of German-American author Henry Charles Bukowski Jr aka Charles Bukowski – a big name in the world of `little magazines’. 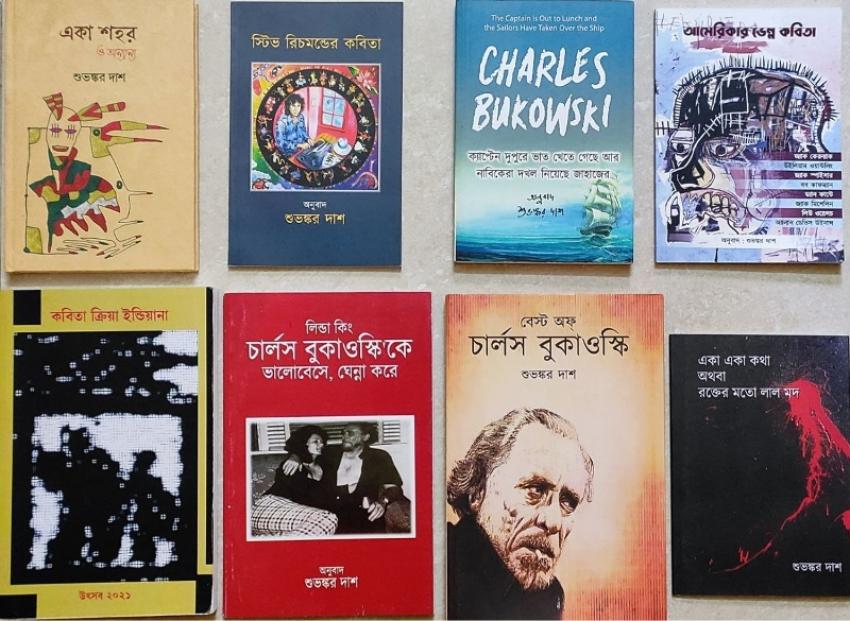 Bukowski, whose writing career spanned five decades from 40s to 90s, is known for his use of violent images and graphic language in poetry and fiction that depict survival in a corrupt, blighted society and his noir existence.

Bukowski wrote thousands of poems, hundreds of short stories and six novels and published over sixty works, mostly in small literary magazines. Scorned, sneered at and mocked by countless authors and critics, Bukowski ascended the literary ladder from the back alleys of the American literary scene to earn enduring popularity and become a mainstream icon. In 1986 Time magazine called him a “laureate of lowlife”.

Das’ job as an engineer in a multinational firm was “nauseating” and he quit his job to write poetry which proved to be therapeutic.

Subhankar has published 14 collections of poetry in Bangla and his chap book of poetry The Streets, The Bubbles of Grass is published in English through his art collective The Graffiti. He has translated Alan Ginsberg’s Kaddish into Bangla along with works of Mallarme and other poets. He founded Graffiti Publications which highlights the works of underground writers and artists.

Excerpts of the Q/A:

Q: What sparked off your tryst with Little Magazines? How did Ginsberg and Bukowski come into your life?

I do not know, maybe the rebel was deep inside me which could not cope with the so-called norms of the society and it always wanted to break free. It started with my first job in Mumbai and ended up naturally with my tryst with Little Magazines in Kolkata. I started searching for authors who are similar minded and I discovered that I am not the only one in this world who is searching for that “other” and the beat poets Ginsberg, Corso, Kerouac and much later Bukowski came to my rescue.

Q: You participated in the recent International Kolkata Book Fair in February 2022 in the Little Magazine section. Any changes or trends you noticed?

I have been participating in the Kolkata Book Fair for the last 30 years or maybe more. I have seen a lot of ups and downs but I am happy with the present situation of Little Magazines and Independent Publications. Readers are buying our books which do not follow the so-called norms of the literary world and I believe it does not happen that easily.

Q: What is the current status of small publications in Bengal? Give us an overview?

Many things are happening in the Bengali Independent Publication field. Some are just publishers publishing left right centre any book they can get hold of. But I like to mention those independent presses who have a focus and know what independent press really means. Parchment, Hoptak Kachra, Atmaja, Eksho Ashi Degree, Tobuo Prayash, to name a few of the publishers are working at present. Apart from that there are many more.  I am not aware of Inde Presses working with English titles except the brand new publisher, Hornbill.

Q: How big is the world of Little Magazines at present? Has it grown in size and enrichment?

Yes, it is not a small world. At least 2000 Little Magazines are published in West Bengal. Enrichment is a difficult word, not many magazines fall in that category but who am I to decide that? I write in those magazines which I like and there are not many in number.

Q: How do you see the impact of the digital revolution on the future of Little Magazines - positive or negative? Are chapbooks going to become a relic of the past?

Little Magazine is a concept of rebellion and it always accepts new technologies. There are a lot of E-Magazines on the web.

But my personal choice if you ask me is the print version, the physical presence of a book or a magazine and I believe printed chap books will stay on. They cannot be replaced by Kindle or some pdf running wild. To add further let me tell you this, that most of the independent publishers have adopted the new technology of ‘print on demand’. Whereby you can publish just 50 copies and when that gets sold off you can print more.

Q: Do you think Little Magazines need to re-invent itself in the context of rapid onslaught of digital publication?

I have already answered that in your last question. Stop thinking in the way the society wants you to think. Little Magazine editors and writers are not jokers and some of them are very well read and techno junkies.

I am not sure about this online one-page audience with a very small amount of patience.

Yes! That’s a problem of course which we faced while uploading ‘Ebang Falguni’ on YouTube. A short film we produced in 2004, which has one sexually explicit scene, not censored and did rounds in 7 international film festival.

Q: Are there any new Bukowski’s in the world of Little Magazines and small publications?

Allan Davis Winans of the USA whose poems I have translated in Bengali with his kind permission.