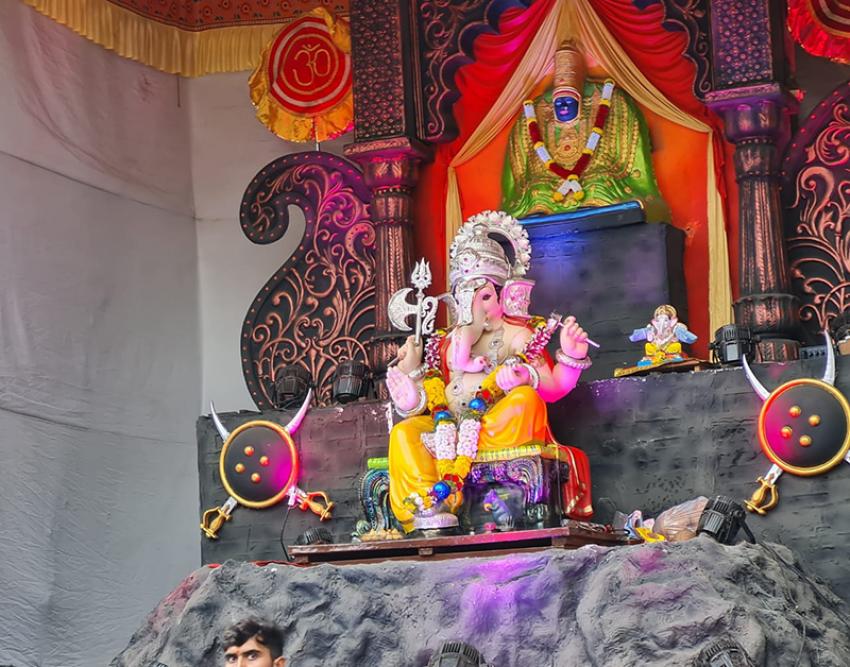 After a two-year lull (courtesy Covid-19), devotees in Pune were out in full force to bid goodbye to their beloved Bappa on the final day of the Ganesh Chaturthi festival that concluded a few days ago. Purnima Sharma was present

It was the day of the visarjan and, as per tradition, five Manache (revered) Ganapatis were taken to the Mula-Mutha riverfront in Pune where artificial water tanks were created for the immersion ceremony.

The beautiful idol of the Kasba Ganesh Mandal, is the first of the respected Manache Ganapatis to be placed on a palanquin and carried with great fanfare amid chants of Ganapati Bappa Moraya for the visarjan. 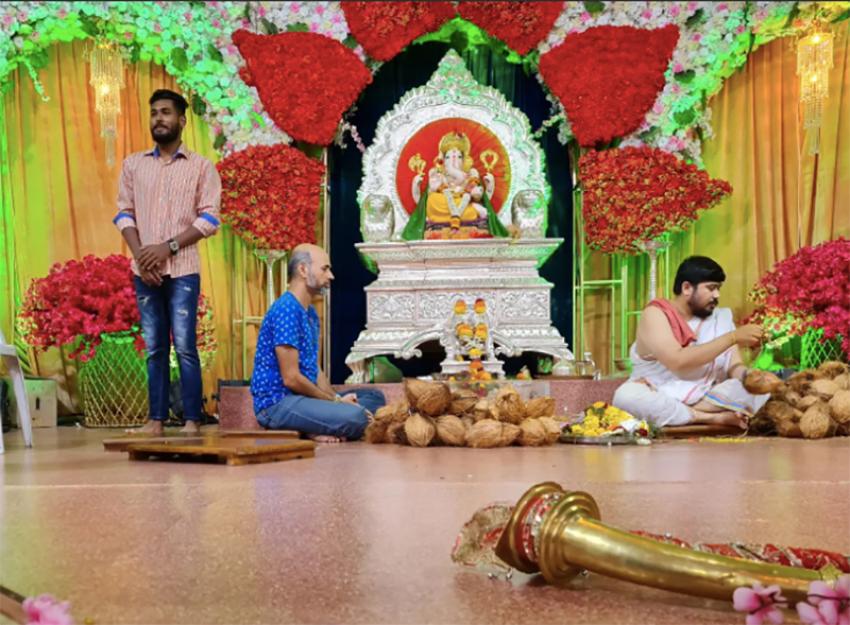 For those wondering why the Kasba Ganesh gets this honor, the answer lies in the fact that this idol is considered to be the oldest in Pune – it goes back to the time of the legendary Maratha ruler Chhatrapati Shivaji Maharaj (1630-1680).

Puneiites will proudly tell you that while the ‘birthday’ of Lord Ganesh has been celebrated from time immemorial, Shivaji Maharaj was the first to celebrate it in the city. 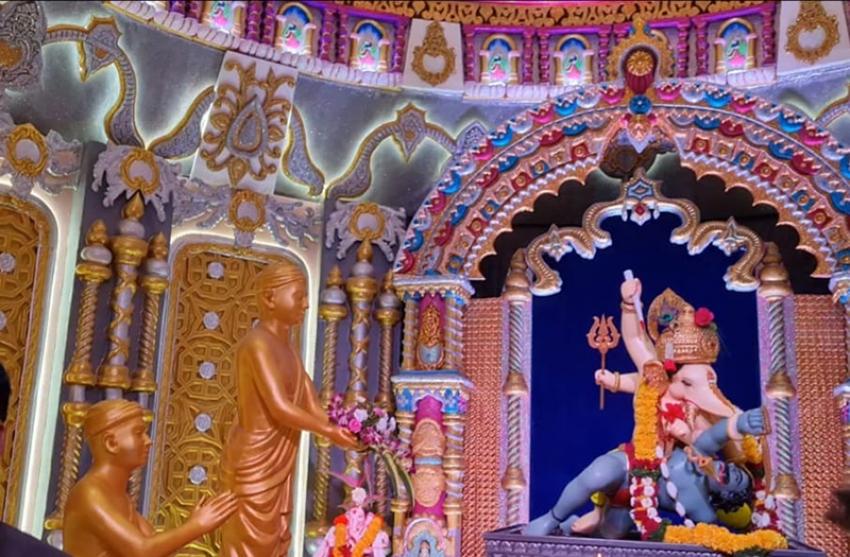 A few words then about the celebrations that were mostly done on a small scale in people’s homes until 1893. This was when the great freedom fighter and social reformer Lokmanya Gangadhar Tilak felt that the Ganesh Chaturthi celebrations would be a great way for people to meet, build momentum for the freedom struggle, and feel more strongly united against British rule.

Prior to this, Britishers had put a ban on large (political) gatherings, so Tilak felt that sarvjanik pandals (community pavilions) would be a great way to circumvent that order. 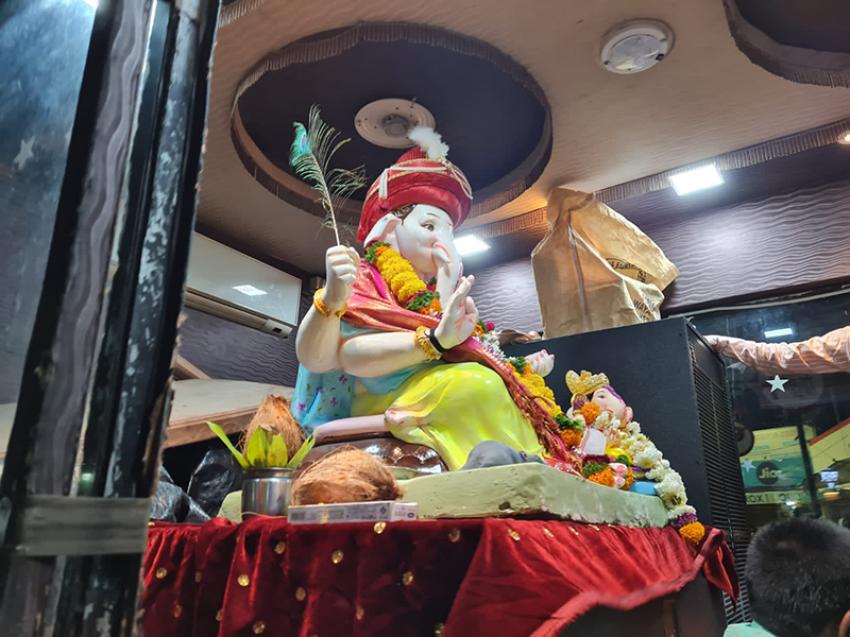 So, devotees were encouraged to install mammoth statues of Lord Ganesh in pavilions where people could gather. Needless to say, Tilak’s plan worked. And the celebrations have since continued with thousands from across the world gathering every year in Pune to witness its traditional ceremonies and celebrations.

As we gathered on Lakshmi Road, which is one of the biggest roads of Pune, it was difficult not to be enveloped by the Ganapati fervor. Lakhs and lakhs of devotees had gathered on the five-kilometre stretch to enjoy the spectacle of the other Manache Ganpatis of Pune also going past. 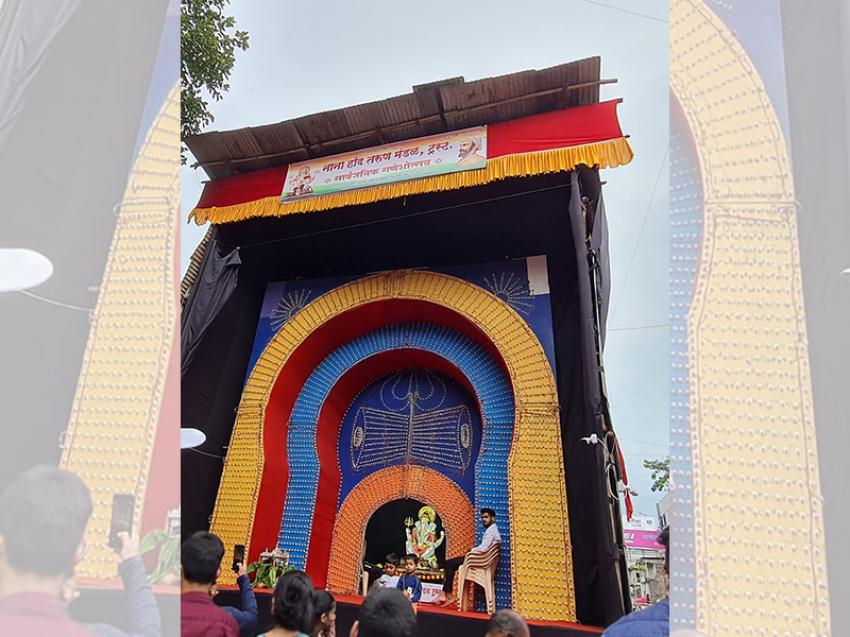 These included the Ganapati from the Tambdi Jogeshwari temple that was built in the 15th century, Guruji Talim that was established in 1887 by one Hindu and one Muslim family, the 14-ft high Tulshibaug Ganapati that is covered with ornaments and could well weigh more than 80kgs. And finally, the Kesariwada Ganapati that is regarded as very special as it belongs to the ‘wada’ (home) of Lokmanya Bal Gangadhar Tilak. The beautiful Bhausaheb Rangrari Ganapati and the Shrimant Dagdusheth Halwai Ganapati also form part of the procession. 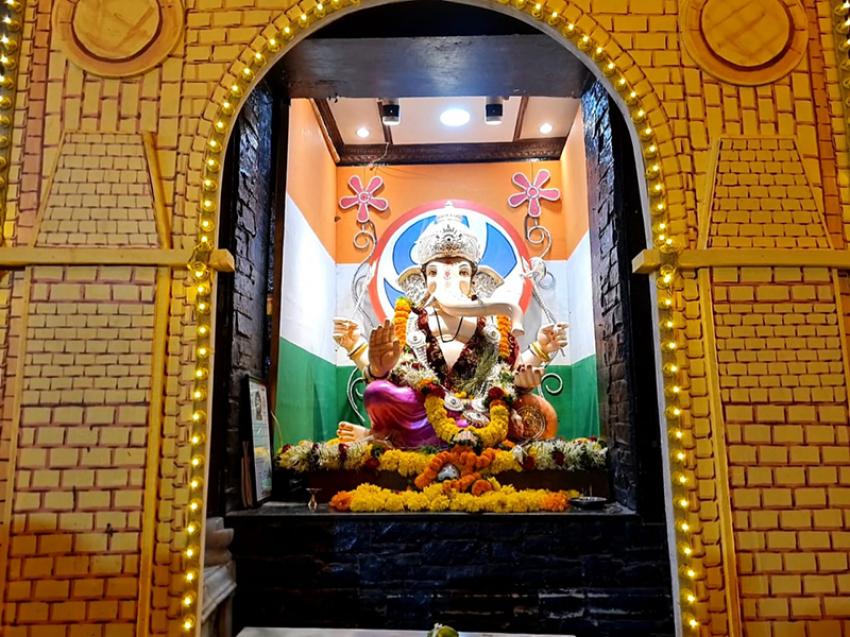 According to locals, Pune city boasted over 5,000 community Ganapati pandals this year. Adding to the mood were the numerous dhol-tashe pathaks (musicians) with their electrifying performances. What made it all so special was the fact that not just the preparations and decorations, but also the visarjan that was conducted in an eco-friendly manner. So, special ponds had been created for the final send-off of the Elephant God. Ganapati Bappa Morya…