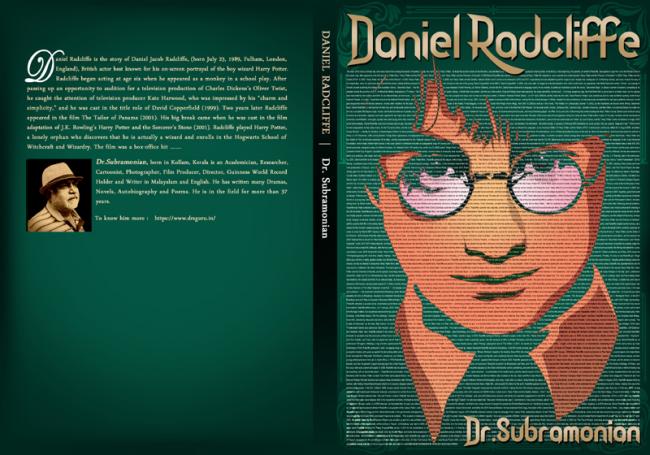 Kolkata: Dr. Subromonian is on a world record breaking attempt once again, after his several world and national records.

He has authored the book with the longest title this time.

Briefly titled as Daniel Radcliffe, the complete title of this book has 30,000 characters not including spaces.

Before this, Dr. Subromonian was featured in the 2005 Limca Book of Records for 61 hours 35 minutes of continuous teaching.

Dr. Subromonian’s name can also be found in the 2006 Guinness Book of Records for the largest computer class in the world, with 1,934 students from 16 countries.

He was recognized as the fastest animator in the world, after he completed his writing, creating the animation and finally airing it on the television in 3 hours 34 minutes 18 seconds, which earned him a place in the Guinness Book of Records.

Apart from these world records, he was declared the topmost academician in the world, which was nominated by 14 nations and his prestigious achievement got featured in the India Book of Records.

Born in Kollam, Kerala, he has varied interests but primarily he is a successful academician and researcher.

With an experience of over 37 years, Dr. Subromonian is also a cartoonist, photographer, film producer, and director.

He has penned his creative pursuits, ranging from drama, poems, autobiography and novels, in both Malayalam and English.

The longest title is not the only attraction since the content of the book is truly a treat to all the fans of Daniel Radcliffe, a.k.a., Harry Potter.

The author has brilliantly explored the life and success of the British actor.

Born on July 23, 1989, in London, Daniel commenced his acting at the tender age of six, where he appeared as a money in a school play.

The young boy’s “charm and simplicity” impressed Kate Harwood, the television producer who cast him in and as David Copperfield (1999).

Daniel was seen next in the film, ‘The Tailor of Panama’, after two years.

However, he stole everyone’s heart through his acting in the film adaptation of J.K. Rowling’s ‘Harry Potter and the Sorcerer’s Stone’ (2001).

The craze about this wizard, at the Hogwarts School of Witchcraft and Wizardry did not stop there, and hence, he continued to appear in all the Harry Potter films thereafter and soon touched the zenith of fame.

The central theme of the book along with the mastery of words of Dr. Subromonian will make the book a huge success.

The author’s gift to all the ‘Potterheads’ is truly remarkable and is one of the rare sparkles of joy in pandemic inflicted 2020.