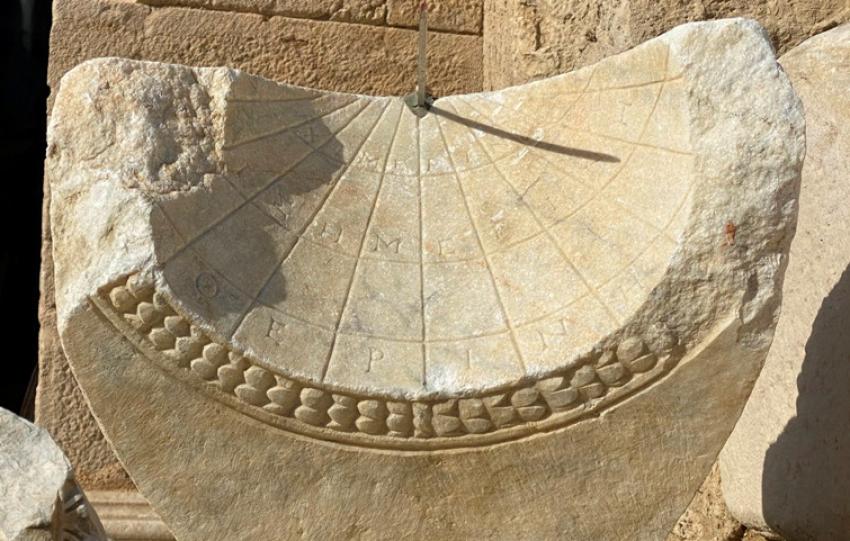 Istanbul/NITN: An intact sundial from the Hellenistic era showing the seasons was recovered during the ongoing excavation and restoration work undertaken in the ancient city of Laodicea situated in Denizli, western Turkey.

During the ongoing excavation and restoration work undertaken in the ancient city of Laodicea situated in Denizli, which is in the UNESCO Tentative World Heritage List, a 2,000 year-old sundial showing the seasons and months from the Emperor Augustus era was recovered.

To date, the excavation team, led by Prof. Celal ÅžimÅŸek of the Department of Archaeology in the Faculty of Arts and Sciences of Pamukkale University, unearthed many important artifacts.

Noting that they had reached new data with the excavation team, Prof. ÅžimÅŸek said: “On the North Parados passage in the Western Theater, which dates back to the Hellenistic Era, in the ancient city we have found a spherical sundial facing south, which we believe to be 2,020 years old. The fixed bronze indicator bar (gnomon) of the sundial is missing."

"The line on which the shadow of this bar fell was viewed depending on seasons and months and the time of the day could be determined. We are immensely pleased as this is a unique and peerless specimen. Inscribed on the dial are the Greek word ‘Ksimerini’, or winter on the upper part; ‘Isimerini’, or solstice, which denotes the equality of day and night in the middle; and ‘Terini’, or summer in the bottom.

Prof. ÅžimÅŸek stated that the marble sundial featured a leaf motif around its edges, and such artifacts were rare to find.

ÅžimÅŸek said the sundials first appeared in Egypt during the reign of Pharaoh Tuthmosis III (B.C. 1504-1450).

“Sundials were brought to the West in 331 B.C.,after Alexander the Great conquered Babylon. It was the Babylonian Astronomer Berossus that invented the spherical sundial system with graduated inner face.

"This is the third sundial we found in Laodicea. One has missing parts and the other  is intact, but this is the first time we found a sundial with such detail that shows the partitions of time-based on the position of the sun throughout the year with inscriptions. Showing the time in detail, this sundial took its place among the very rare specimens in the world.

"For Laodicea was an important Metropol with a high level of literacy, wealth and developed arts & culture. We were greatly pleased with finding this sundial in such a Hellenistic theater.”

Noting that there were two theaters in Laodicea —one in the north and the other in the west— Prof. ÅžimÅŸek said: “We continue our efforts under the project aimed at restoring the 2,200-year-old Hellenistic theater in the west.”

About the Ancient City of Laodicea 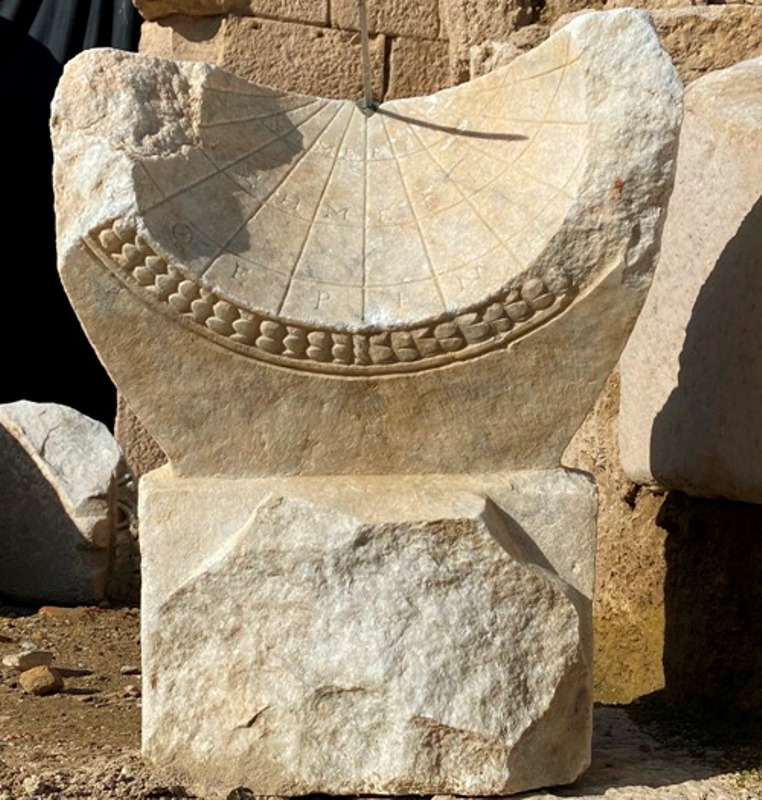 The ancient city of Laodicea was founded to the south of the river Lycus on a geographically suitable location. In some ancient sources, the city is referred to as “Laodicea on the Lycus.”

Other ancient sources say that the city was founded on 261-263 B.C. by Antiochus II Theos and named after his wife, Laodice. One of the most important and known cities in Asia Minor in the first century B.C., Laodicea’s greatest artworks date back to this era. Romans also placed great importance in Laodicea and made it the chief city of the Kibyra (Gölhisar-Horzum) Conventus.

During the reign of Emperor Caracalla, a series of quality coins were minted in Laodicea. Numerous monuments were built in the city with the contributions of the people of Laodicea. The city hosted one of the 7 most important churches in Asia Minor, which also attests to the prominence of Christianity here.

Other sites close to Laodicea