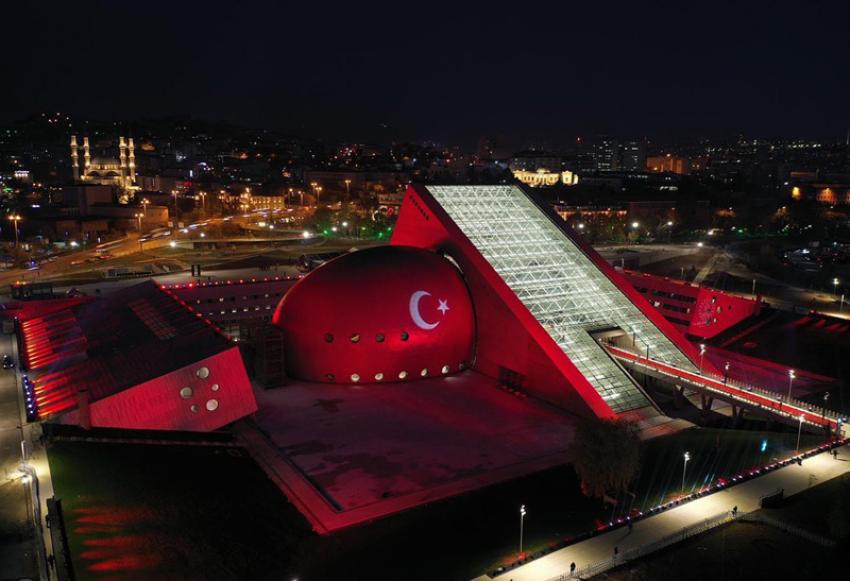 Turkey is a country whose heart beats with art . All throughout its dazzling history, this nation’s urban beauty, dynamic atmosphere and unique location bridging two continents, have all made their mark with an emphasis on culture and arts. Dating from 1826,  the CSO now has a new home in Ankara, Turkey’s capital.

It was inaugurated on Dec 3 in the presence of Turkey's President  Recep Tayyip ErdoÄŸan and the Turkish Minister of Culture and Tourism Mehmet Nuri Ersoy.

The opening ceremony was directed by Cemi’i Can Deliorman and featured world-renowned soprano Angela Gheorghiu, one of the world’s most successful piano duos Güher and Süher Pekinel, and lastly, the world-renowned piano virtuoso Ä°dil Biret.

With ambitions of becoming not just Turkey’s but one of the world’s foremost concert halls, the CSO Building is the first structure in Turkey specifically designed for a symphonic orchestra. 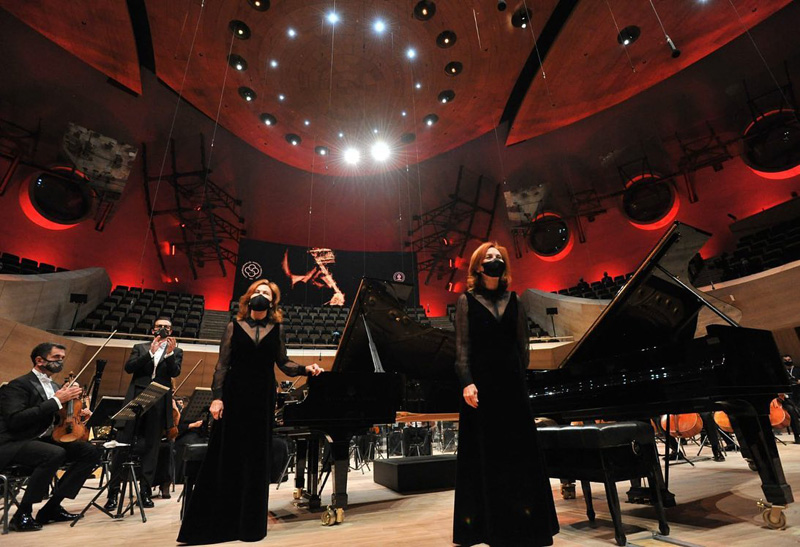 More than just one of the few global metropolitan music centers, it will also be a living artistic hub presenting the richest culture and arts contents on an international scale.

During the opening ceremony, all COVID-19 measures (especially social distancing rules) were implemented, and numerous Turkish and international guests attended, including artists and journalists, as special guests of the Turkish Ministry of Culture and Tourism.

The culture and arts center will house the “Great Hall”, hosting the Turkish Presidential Orchestra, the “Blue Hall” and the historical “CSO Hall”, and will welcome art lovers from around the world throughout the year with a plethora of important works ranging from classical to traditional music, world music and popular music.

CSO In Its New Home

Having a reputation among the world's most prestigious orchestras, Turkey's flagship orchestra, The Presidential Symphony Orchestra, was founded under the name of Müzika-Ä± Hümayun with the idea of establishing a western band in Istanbul during the reign of Ottoman Sultan Mahmut the 2nd in 1826. 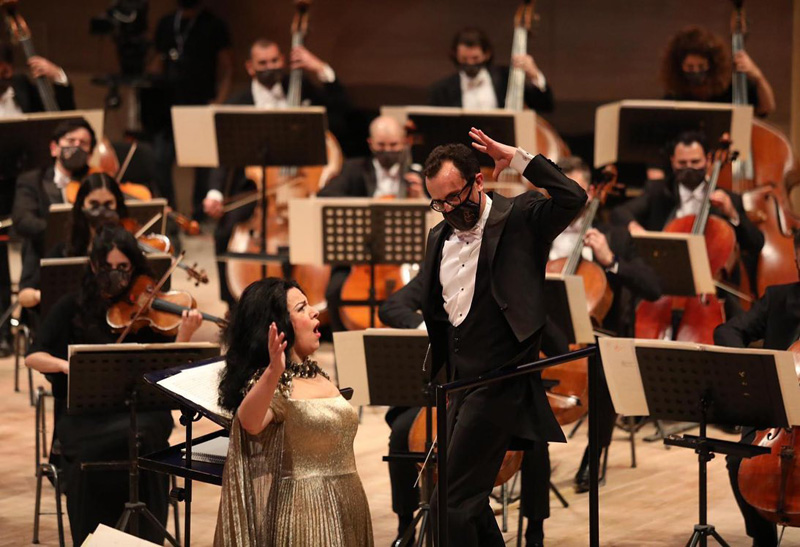 A monumental and timeless architectural approach

The CSO concert hall, which is the first concert hall in the world to open after the Hamburg Elbphilharmonie concert hall, which was completed in 2017, will present a great gain to the world music family with its architectural, artistic and social approach. The building reveals a symbolic architecture that will not wear out over time, rather than a design language that can be valid for a certain period of time. The architectural form, consisting of two opaque glass-covered spheres with a sharp glass triangle between them, located in the middle of a body of water, has a monumental and timeless design.

The Presidential Symphony Orchestra, one of the most rooted art institutions in the world, has preserved its continuity without any interruption in its art life in its nearly 200-year history. In early periods, the orchestra was called "MuzÄ±ka-i Hümayun” and Giuseppe Donizetti, who was invited to Istanbul from the Austro-Hungarian Imperial Palace, was appointed as the conductor of the orchestra, and the polyphonic music culture was soon adopted and institutionalized.

The orchestra moved to Ankara on April 27, 1924 with the order of Mustafa Kemal Atatürk, with a brand new understanding, it became a pioneering art institution operating in order to raise the culture and art level of the people.

Between 1934 and 1935, first Ahmed Adnan Saygun and then the famous German composer Paul Hindemith were assigned to create the programs of institutions giving music education. This period, with the suggestion of Paul Hindemith, the German Conductor Dr. Ernst Praetorius was made the permanent conductor of the orchestra. 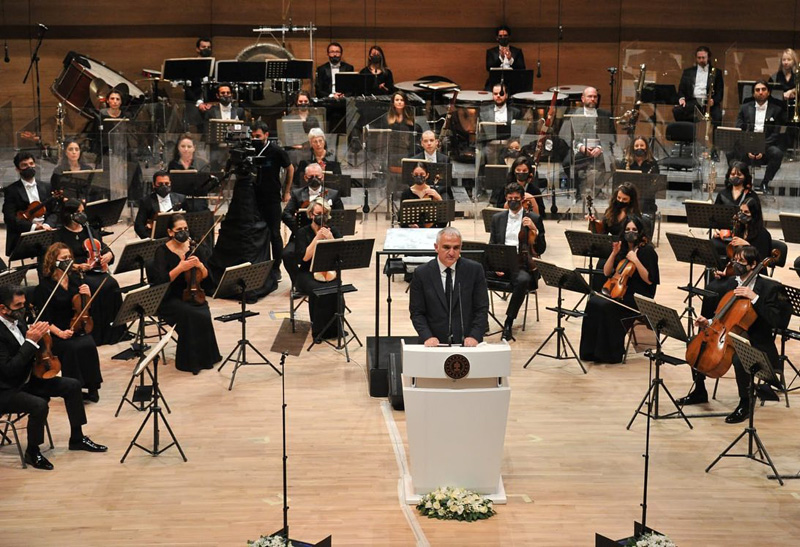 Upon Praetorius' death, Hasan Ferit Alnar was appointed as the 1st Conductor of the orchestra in 1946, and then many famous conductors led the orchestra, especially Gotthold Ephraim Lessing.

After 1957, the international arena in the name of announcing the Presidential Symphony Orchestra, primarily in Germany, Austria, Italy, France, Switzerland, Sweden, Norway, has performed many concerts in different countries such as Finland, which takes in this tour was introduced to the Shareholders of the cultural presence of positive criteria as the Republic of Turkey.

Can Deliorman is the permanent conductor of the orchestra since the 2020-2021 concert season.