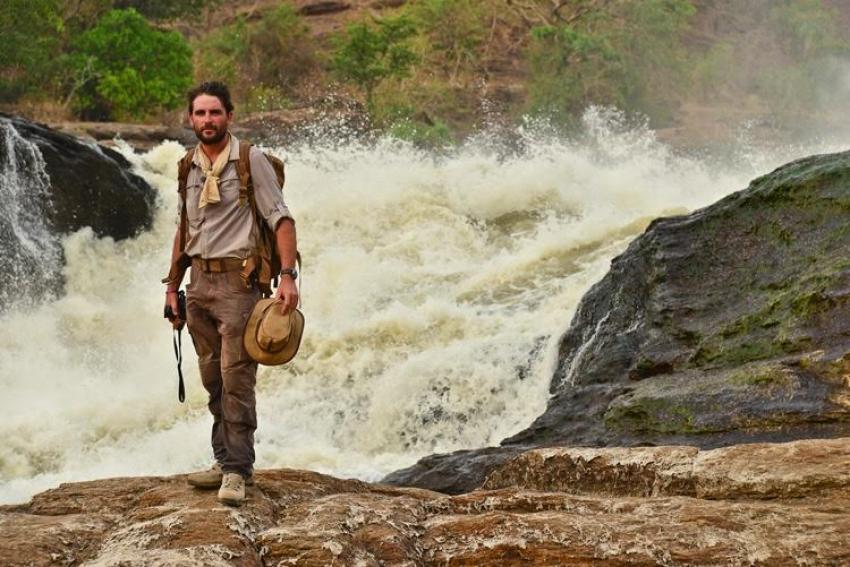 New Delhi, Feb 14 (IBNS-NotinTown): Dauntless explorer and former British Army paratrooper Levison Wood walked the Nile - from source to sea - to uncover its many perplexities and to be the first person ever to endure something of extraordinary magnitude.

No one has ever made this journey on foot. Now TV viewers can embark on an inspiring journey with Discovery Channel’s new series WALKING THE NILE premiering Feb 22, every Wednesday at 9 PM.

It's known as a holy grail in exploration because its sheer length alone contributes to its timeless mystery. The Nile, the planet's longest river, is a life source to six African countries (Rwanda, Tanzania, Uganda, South Sudan, Republic of Sudan and Egypt) - some of whose names currently are synonymous with danger and conflict. 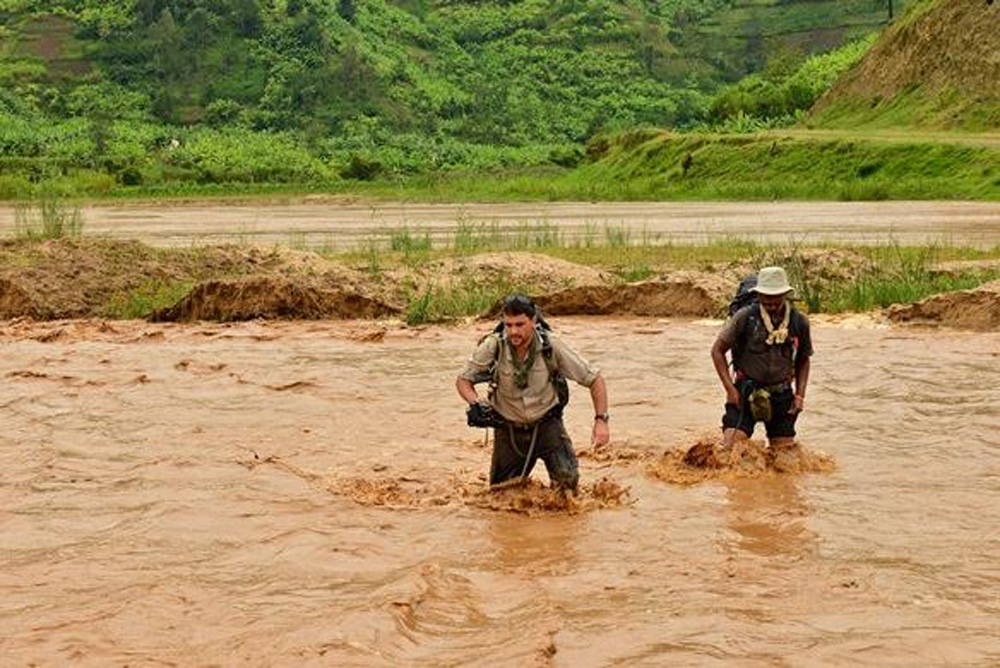 The Nile also is known as the cradle of civilization; the first cities known to man were developed on its storied shores. It snakes its way through a region that's full of duality: it's both peaceful and dangerous; it is both a source of life and cause of death; it's remote and urban; and it's the epicenter for a diverse mix of religions and cultures, both modern and primitive.

Africa has always been one of Levison's greatest passions, and the Nile largely has been impassable until now because of disease, war and geo-political instability in the region.

In WALKING THE NILE, Levison commits to his greatest expedition ever: 4,250 miles of walking along the river and through some of the most intense yet exquisite countries... a journey of more than seven million steps over a nine-month expanse. On his journey, Levison suffers many emotional crises, including the shocking passing of a friend and journalist Matt Power (from heat stroke), who joined him along the way. By dodging minefields and heading into a 120-degree desert, he also must save himself amidst a violent civil war in South Sudan. Furthermore, he is robbed roadside, averts gangs and rebels and often is tailed by local law enforcement.

His journey begins in the Republic of Rwanda. This country is landlocked in Central Africa and is called 'The Land of a Thousand Hills.' It's also the location of the Nile's source, which paradoxically is just a small trickle of a stream. From Rwanda, Levison prepares to traverse north through Tanzania, Uganda, South Sudan, Republic of Sudan and finally Egypt, where the Nile spills into the Mediterranean Sea. Sometimes he has a small crew traveling with him; other times he has only a guide and a camera.

The Nile winds through one of the most dangerous regions of the world, and for significant reasons, it has deterred many from achieving what Levison attempts including civil upheaval, insufferable climate, unforgiving terrain and the threat of predatory wildlife. Every day of the journey, Levison faces physical and mental struggles, which could ultimately derail him in achieving his goal. Perhaps for him, the tallest hurdle is confronting his psychological resolve -- resetting his intention to carry on despite all the predictable and unpredictable challenges that lay ahead.

Fortunately, disaster gives way to unique, wondrous moments. Levison crosses through a world of incomparable beauty - seemingly as infinite as the Nile itself. He encounters vibrant landscapes and people and animals even more distinct and color than the places they inhabit. During these chapters of his journey, Levison is inspired by the humanity and history that's unique to Africa.

§  Levison receives a blessing that involves bathing in goat's milk from a witch doctor in Uganda.

§  He spends two days among the enigmatic and almost magical Mundari Tribe along South Sudan's Channel Islands, where he learns to give cows dung massages and shampoos his hair with cow urine.

§  In the Republic of Sudan, Levison is treated to unparalleled hospitality when Nubians, known as 'the truest people of the Nile,' offer him and his guide the use of their beds and their very best food and drink. Some even offered to give Levison land, buy him a house and find him a wife!

§  He negotiates for camels - known as "ships of the desert" - to take him, for safety reasons, on a detour across the Bayuda Desert, the most south-east corner of the massive Sahara; there, he rocks out to Gnarls Barkley with a Bedouin companion.

§  Levison explores abandoned Sudanese pyramids (there are actually more pyramids in Sudan than in Egypt) before he takes his final walk toward 'the finish' in Egypt, cheered on by a steady crowd of journalists, guards and even the governor.