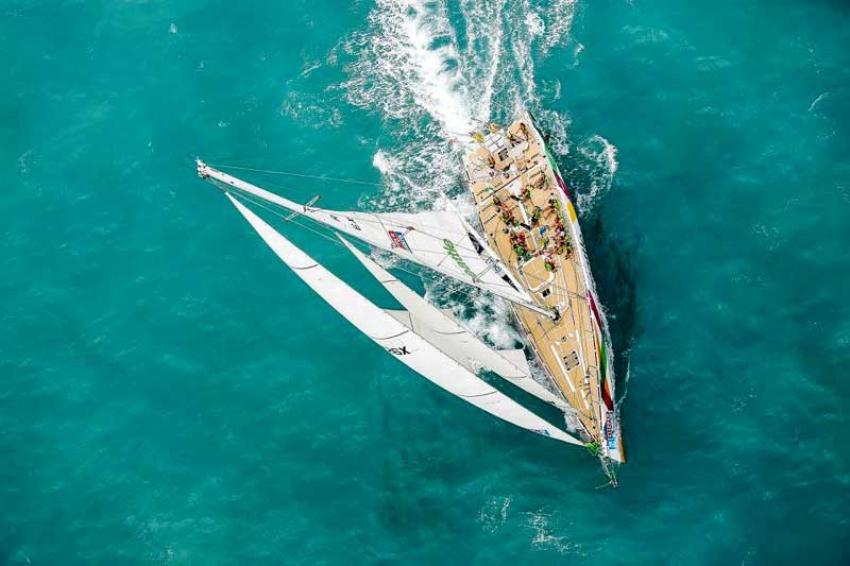 Age is no bar for Sucheta Jadhav who at 50 has done a trans-Atlantic crossing recently. Based in Goa where she has a day job that helps to pursue her passion, she has learnt sailing in the last two years.  This is her own story of participating in the Clipper Round the World Race 2017-18, told first hand

On a lovely, wintry morning in Goa I was sailing with the INSV Tarini team. I often pleaded with them to be taken on their next trip, knowing well that was impossible for a naval boat. For the record, INSV Tarini  is Indian Navy’s second ocean going sailboat. With a all-women crew of six officers from the Indian Navy is currently on circumnavigation project across the globe .

Capt Dilip Donde, the first Indian to sail solo around the world, introduced me to the Clipper Round the World Race 2017-18,  a race that takes novices like me. It trains the aspirants, selects  20  and a capable skipper on a 70 foot long boat to race against 11 similar boats around the world.

Returning from training  at the Tarini, I signed up for a trans-Atlantic crossing of 4,000 nautical miles becoming the first Indian woman on the race. 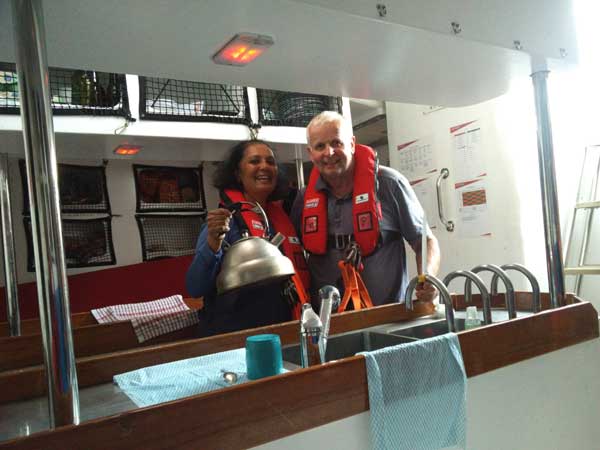 Training was in Gosport, UK. The boats were moored in a sheltered marina but once into the Solent, the temperature dropped a few degrees and the wind picked up, whipping up white caps on the waves.  After a long first day at sea, the question in my head was: Do I really want to do this?  I did!

I learnt all kinds of knots, then progressed into preparing the main sail and the Yankee (a pair of staysails in American lingo) before setting out, and hoisting them out at sea. Then we moved on to tacking, gybing, doing racing sail changes: putting on a new sail while the previous one was still on, and dropping with exhaustion by the day end.

Sailing into the marina, sails tucked away, the aroma of dinner wafting through the hatch and the sun painting watercolour masterpieces across the sky was heavenly. 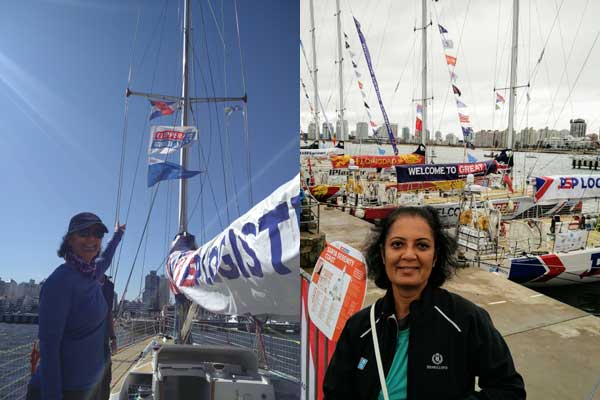 Cooking while sailing is a delicate  balancing act. The boat is never flat on the surface so everything, including the stove is at an angle. You land up using your arms to chop, stir and hold on to the cooking vessel and almost every other part of your body to balance yourself and avoid toppling over.

The last day of every training week was reserved for a deep clean. This involved taking the floor boards off, vacuum drying the bilges, wiping the walls and handles with disinfectant and cleaning the heads. And after the insides were done, putting everything back and hosing down the deck.

Training done, I headed back home, counting down for the race to start on 20 August, 2017 from Liverpool in UK.

We set off with a lot of fanfare. There was a military band and a Uruguayan naval ship to flag us off.

Since I was on first ‘watch’, I continued on deck. The big waves and swell made me feel queasy but  it was a beautiful, starry night and I got my first glimpse of the Southern Cross. Then the  next  watch came to relieve me and the moment I got below deck, I threw up and felt better.

I had just crawled into my sleeping bag when I heard an enormous thud, followed by shouts from instructors for everyone to get into their life jackets. We had been hit by a whale! 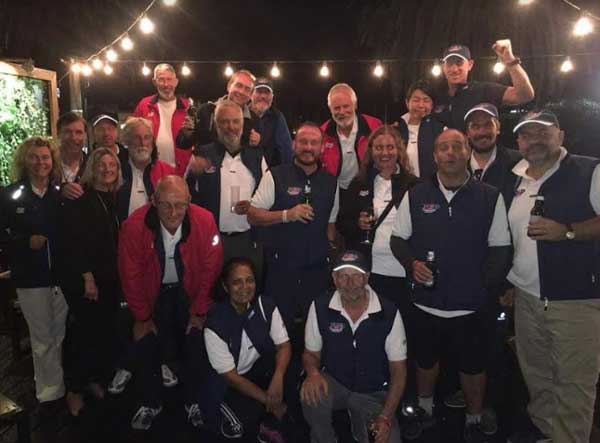 David, who was the watch, felt this push and a shuddering shake astern. He looked over to see a whale rolling away sideways even as he lost control of the steering. The whale’s pectoral fin had struck the starboard rudder and bent it so its top edge dug into the hull and made a hole in the lazarette, tearing the bearings and jamming the connection between the two rudders.

Within minutes the two rudders were disconnected making the port steering operational again. Our weeks of training kicked in. Rags were stuffed into the hole, with a wooden board nailed in to keep it all in place. The storm jib was put up with the main sail on second reef and we began to motor back to the shore.

There was a bus waiting to cart us off to the hotel and a huge crane in position to get the boat into the dry dock. The Uruguayans did a fabulous job on the repairs. Along with the Clipper team and we set sail again, with a quiet nod to the sea gods.

In a crew diary of my first week at sea I wrote: “Today is a week since we left Punta del Este for our second attempt to reach Cape Town. The lovely weather we have now reminds me why I enjoy sailing.

The last couple of days have been sunny, even if cold. We also had some orcas put up a show for us. Four of them showing off their fins and surfacing to give us a view of their beautiful white underbellies.

Good weather means less rocky seas and the opportunity to helm. I'm learning to 'keep my head in the compass' till I get a sense of the wind and the waves. Especially the waves,  which are these huge rollers that, when I look at them seem likely to wash right over us. The idea is to anticipate them, feel their motion as they roll under the boat and hold the steering steady so as not to let the boat go off course. All without too much movement of the wheel, since ‘less is more' when helming.

Off watch, I find I can fall asleep almost immediately regardless of the boat's movements and have the most amazing dreams. Typically of being in some warm,  foreign land, eating exotic meals. Cape Town beckons!” 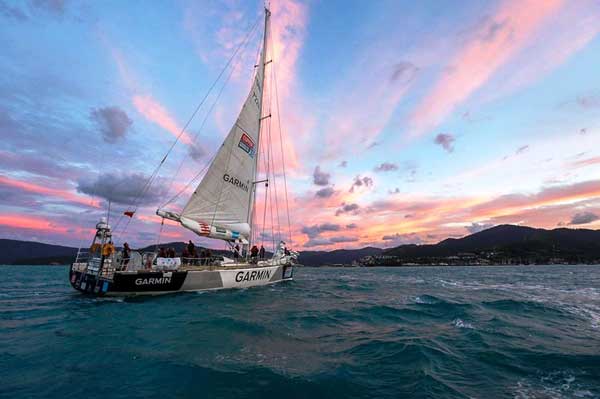 What was to have been a 14-day downwind sail across the South Atlantic, however, soon became a series of temperamental weathers . The south westerly winds brought the icy Antarctic to our door. The challenging sail, the bone chilling cold and the delay frayed tempers and it needed conscious effort to maintain a civil atmosphere.

We sighted land 18 days later. As the last boat back, we expected a quiet, subdued entry. What we got was a rock star welcome, all guns blazing! The pier was lined with cheering, hooting, singing, waving well- wishers.

Without much ado, we were alongside, and were promptly handed two cases of chilled beer and a super -size bottle of champagne. Celebration!