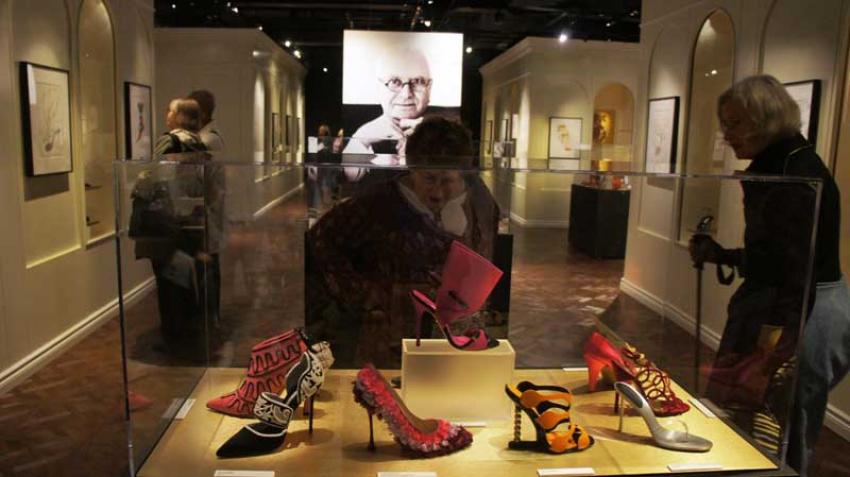 In Toronto's Bloor Street West, the Bata Shoe Museum (BSM) is an ode to the civilisation's Cinderella story. Sujoy Dhar visits the only museum of its kind founded by Bata Shoes first lady Sonja Bata who passed away this year, after a lifetime in collecting footwear from every corner of the world

An astronaut's space boot, the lofty heels and dainty embroidery of shoes narrating the history of Western fashion or a glimpse of footwear worn by some of the world's most notable people - at this address in Toronto's downtown, you undertake a fascinating journey of examining footwear from the earliest civilisations to the modern day of high fashion.

We are talking about the Bata Shoe Museum (BSM) founded by late Sonja Bata, the Swiss Canadian businesswoman, and philanthropist who had moved to Toronto in 1946 after her marriage to  Thomas J. Bata of Bata Shoes. 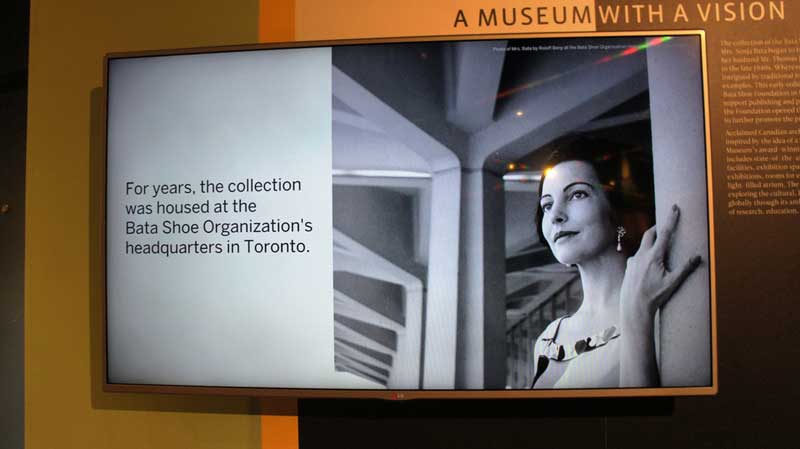 Sonja Bata, who died in February this year, since the 1940s, had scoured the world for shoes of every kind, from the most ordinary to the most extraordinary. 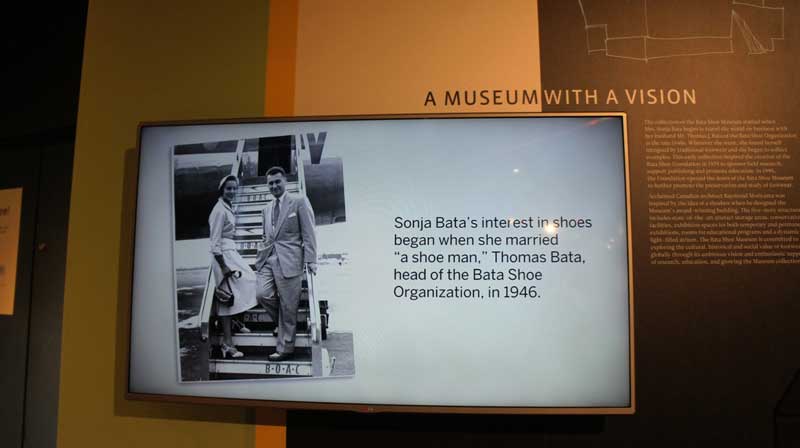 Over the decades of her travel, she had built one of the world’s finest collections and North America’s foremost shoe museum that boasts of a wealth of fashion lore and historical information- from Sibera to India. 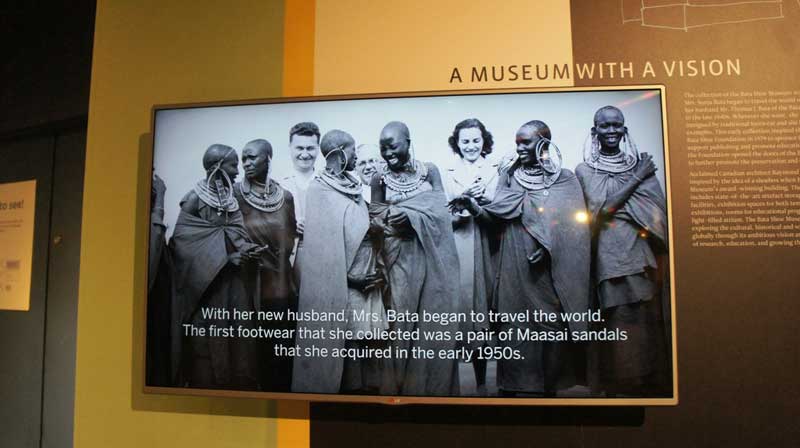 The museum brochure says that "when in 1979, Sonja Bata’s collection had outgrown the available private storage space, the Bata family established the Bata Shoe Museum Foundation." Over the years, the Foundation had funded various field trips to collect and research footwear in areas where traditions are changing rapidly. Finally on May 6th, 1995, the Bata Shoe Museum opened its doors at 327 Bloor Street West in downtown Toronto. 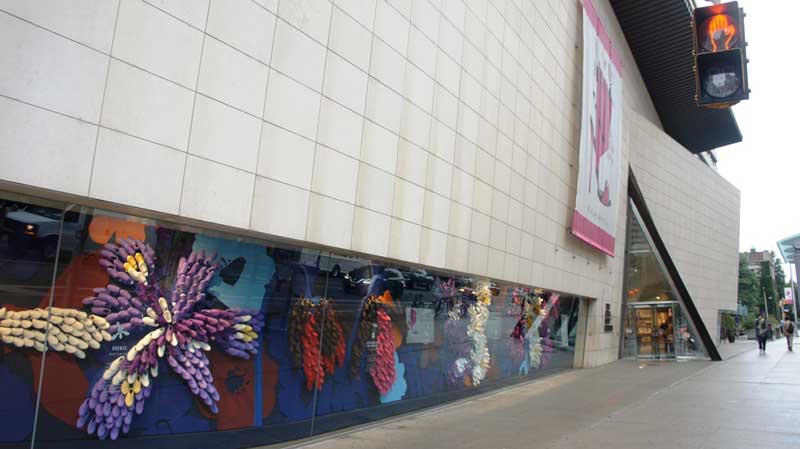 The five-storey 39,000 square foot shoebox inspired building, designed by Moriyama and Teshima Architects, is a Toronto landmark.  The Museum’s unique collection of over 13,0000 artifacts ranges from the earliest civilizations to the catwalks of today’s leading designers. 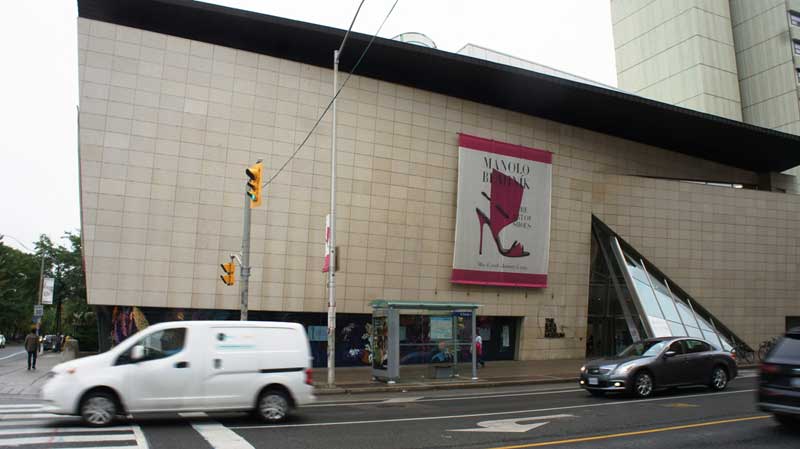 According to the Bata Shoe Museum, its aim is to contribute to the knowledge and understanding of the role of footwear in the social and cultural life of humanity.

"Through acquiring, conserving, researching, communicating and exhibiting material evidence related to the history of footwear and shoemaking, the Museum illustrates the living habits, the culture and the customs of people. Its international collection of over 13,000 artifacts spans 4,500 years of history," a museum official said. 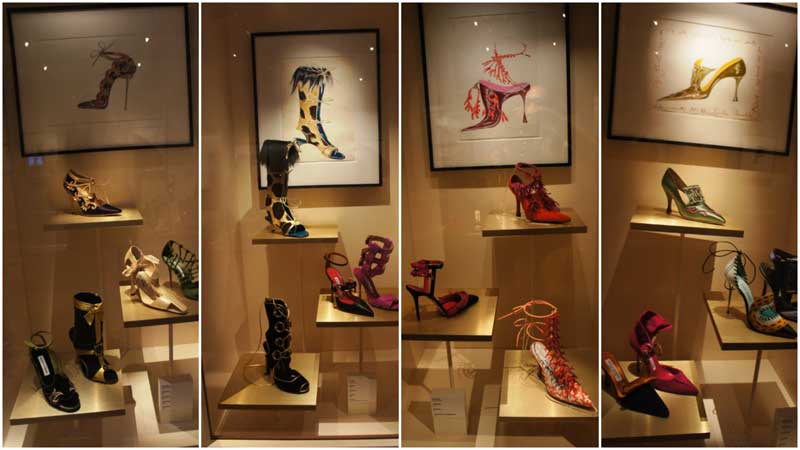 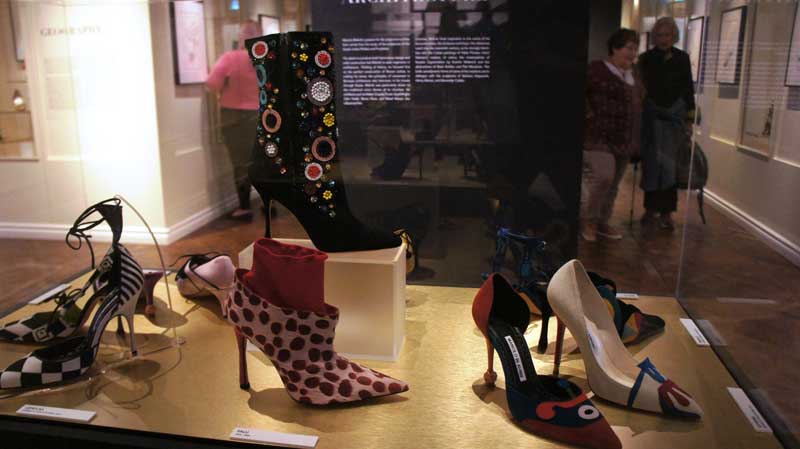 At present, the permanent collection contains artifacts from virtually every culture in the world. Where else could you find French chestnut crushing boots under the same roof as delicately embroidered Chinese silk shoes, bear fur shoes for Japanese samurai and footwear made from human hair? 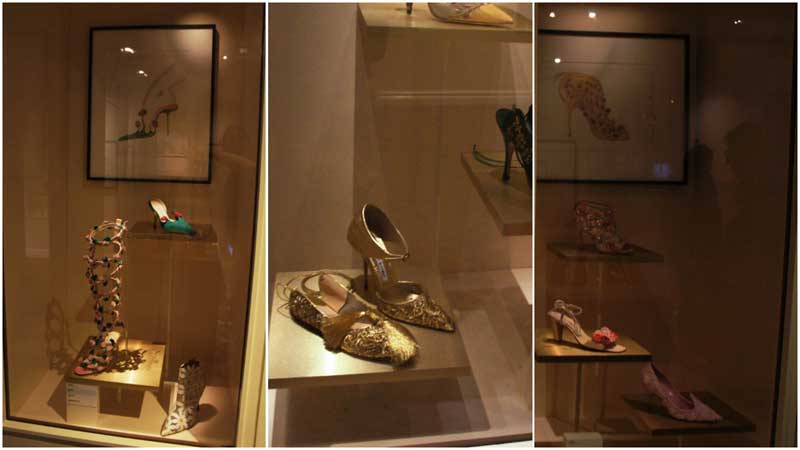 According to museum officials, rare and well-preserved velvet-covered platform mule from 16th-century Italy is one of the treasures of the comprehensive collection of historic and contemporary fashion footwear, ranging from the Italian Renaissance to the catwalks of today’s designers. 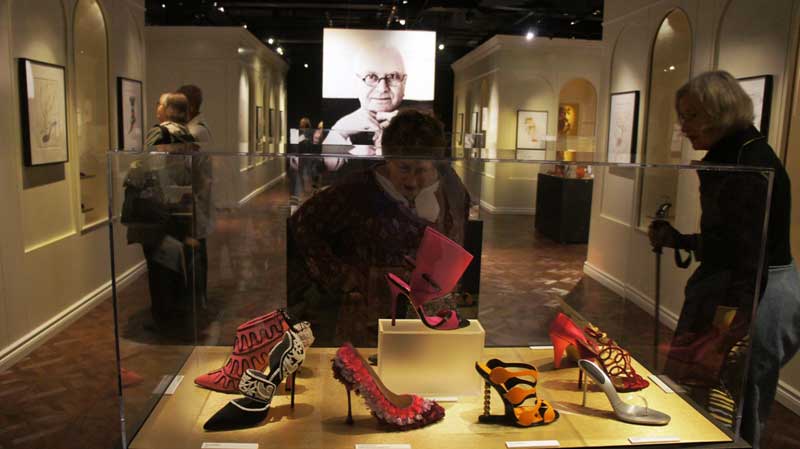 "This Italian velvet chopine, so tall that the wearer could not walk unaided, provides an interesting complement to other outrageous styles endured by many over the centuries. In other words, Salvatore Ferragamo and Vivienne Westwood weren’t the first designers to think of platforms. Nor, if history teaches us anything, will they be the last." 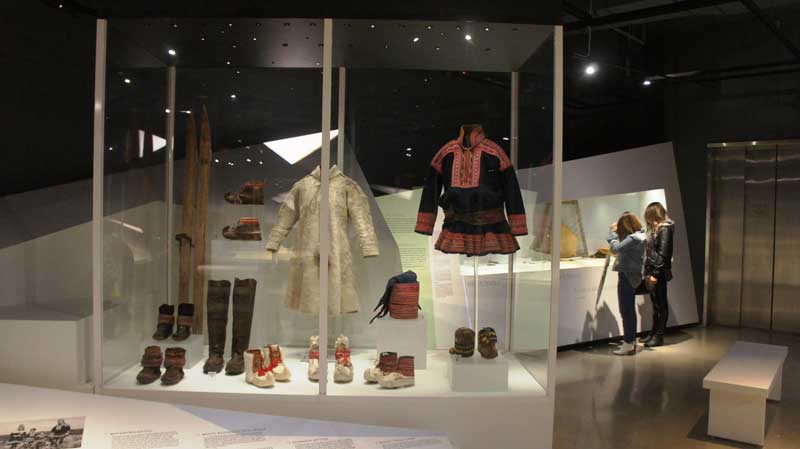 The Indian collection is impressive too. It says about India: "Bejewelled mojari, paduka made of precious metals, and extravagant ornaments such as toe rings and ankle bracelets were all part of the traditional splendour of Indian aristocratic pageantry and dress. Even today the footwear worn to important occasions such as weddings is exceptionally embellished in emulation of India's regal past." 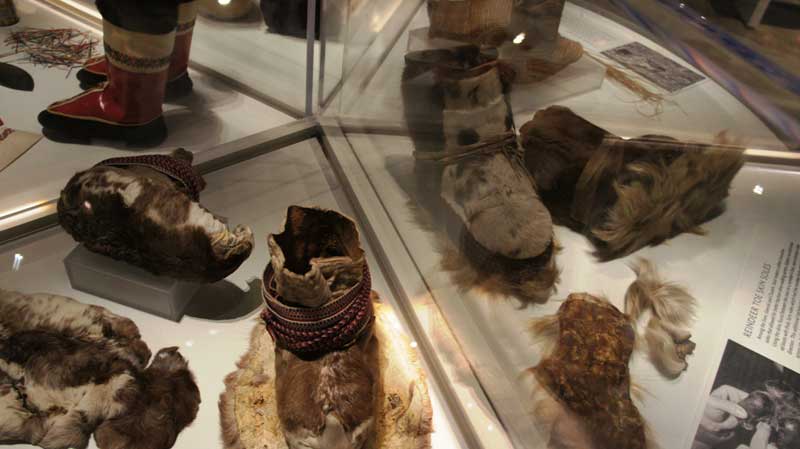 One of the most important aspects of the Bata Shoe Museum’s holdings is an extensive collection of Native American and circumpolar footwear. This collection and the field trips sponsored to study indigenous shoemaking have greatly contributed to the scholarship of shoemaking. 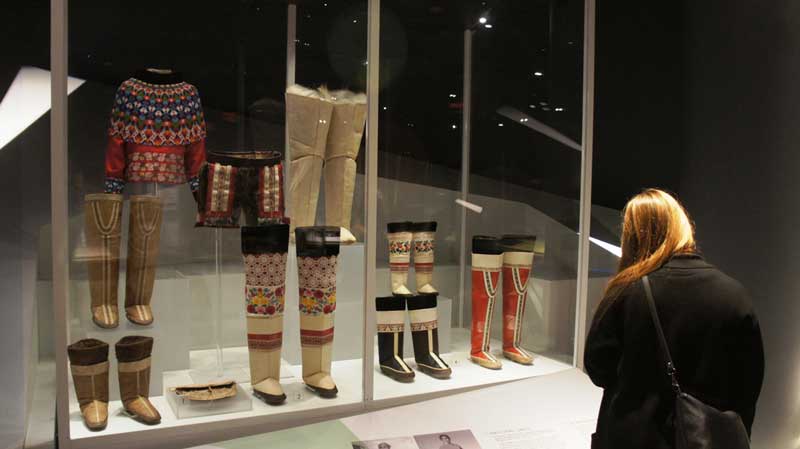 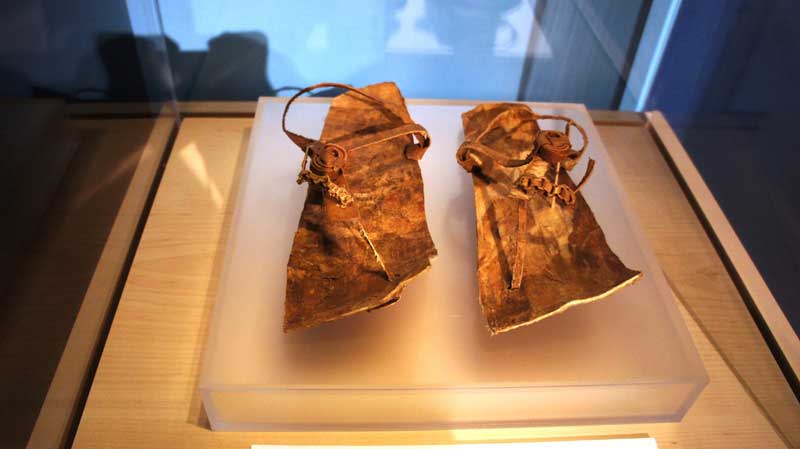 But the collection doesn’t stop at shoes. Enhancing the actual footwear collection is a companion collection of shoe-shaped ornamental artifacts such as Majolica hand warmers and inlaid fruitwood snuffboxes, as well as all sorts of graphic materials, from 14th-century woodcut prints through 19th-century caricature lithographs, to original paintings and sculptures, all illustrating aspects of the history of footwear. 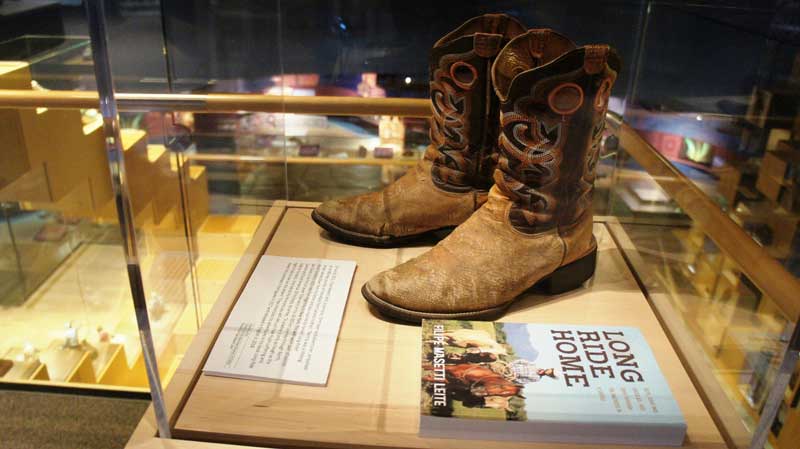 According to BSM, on the surface, shoes are an indication of personal taste and style, but a closer examination yields a different picture.

"Viewed chronologically, shoes trace a path through technological development and mark even the subtlest shifts in a society’s attitudes and values. Footwear illustrates entire ways of life, indicating as it does the climate, religions, professions, and attitudes to gender and social status of different cultures through the ages. Whether they are objects of beauty or instruments of torture, shoes are surely signs of the times,"a BSM official says. 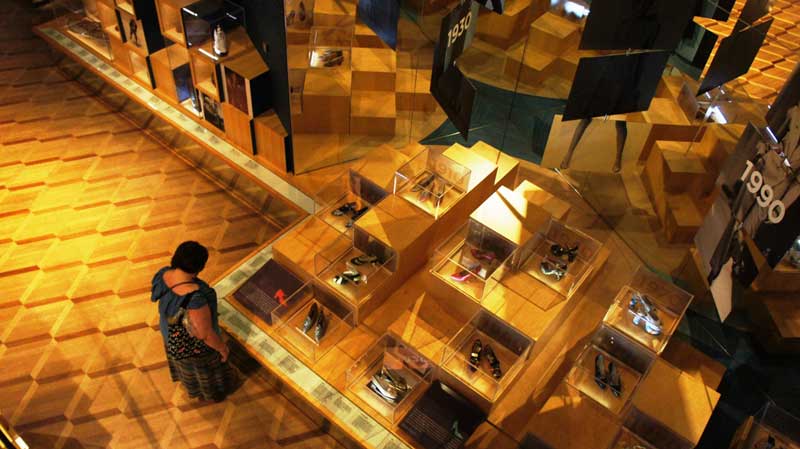 The museum also hosts some of the most remarkable exhibitions. An ongoing exhibition which is open till January 6, 2019, is a stunning retrospective by one of the world’s most influential figures within the fashion industry, Manolo Blahnik. 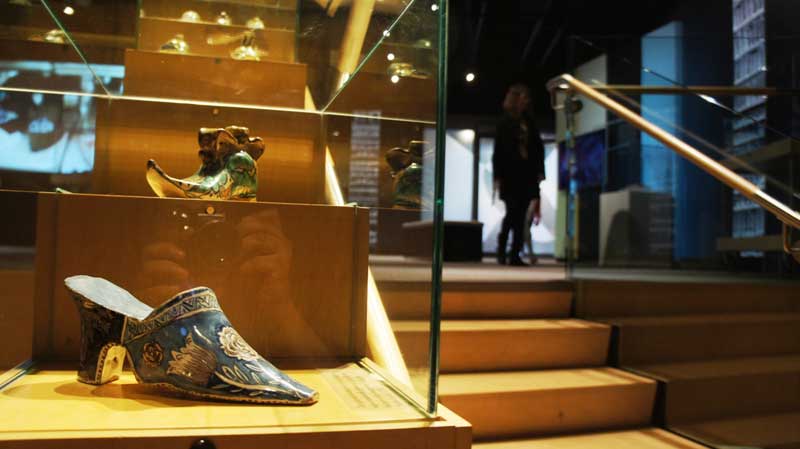 MANOLO BLAHNIK:  THE ART OF SHOES, is a tribute to Blahnik’s inventiveness and superb artisanship of over 45 years, crossing boundaries between fashion and art, inspiring elegance and perfection. The underlying theme of the exhibition – that shoes are art – aligns perfectly with Blahnik’s own approach to creating footwear.

For the lovers of both chic footwear and high fashion as well as history, this is one address in Toronto which should not be missed.