Food
Food Trail
Gopala’s is here to serve all that is sattvic! 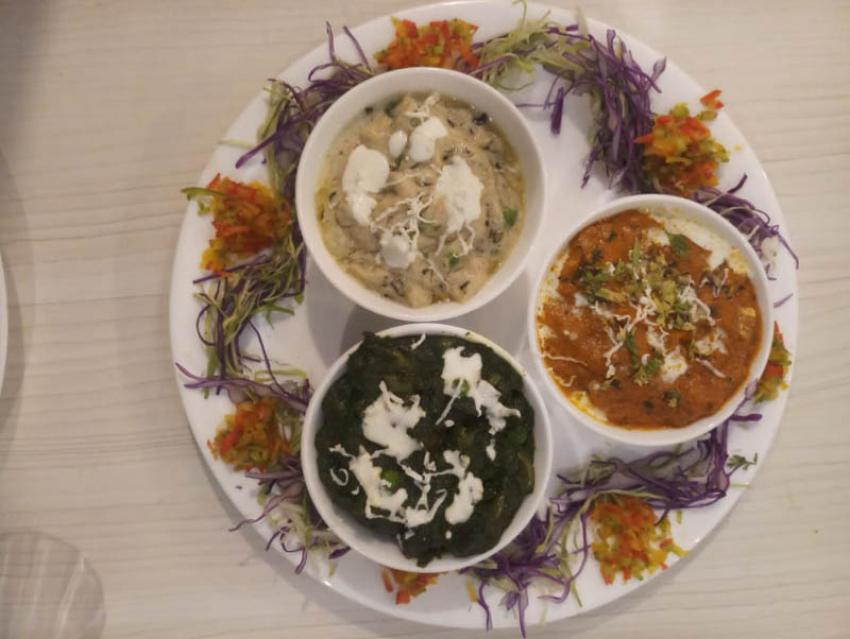 The applique Pipli lanterns, suspended from the branches of a roadside tree, work as address indicators. As I drove towards Hazra More, these colourful lanterns told me where to alight. Sure enough it was Gopala’s. The address was 8/1A, Hazra Road, Kolkata.

Prominently positioned on Hazra Road, diagonally opposite Paramount Nursing Home, Gopala’s is a new entrant in Kolkata’s restaurant scene. Not yet a month old, it has already built a loyal client base which is growing every day. It’s natural because Gopala’s serves fresh and delectable vegetarian food sans garlic and onions!  Can anyone imagine relishing a plateful of Manchurian Hakka Noodles prepared without garlic and onions, or a plate of satvic Chilli Paneer? Well I did, and for the first time! One spoonful and I was taken aback by the burst of flavours inside my mouth! It was so delicious. I felt like having the entire bowl but how could I, when there were others to share it with. Food served here will surely receive five star ratings.

Gopala’s is a very cosy and comfortable restaurant. Comfortable because it has cushy sofa seats to sink into and rest one’s tired back and enjoy a hearty meal! At present it has a seating capacity for about forty persons but arrangements for fifty can be made. With its neat and clean interiors and simple décor, Gopala’s endears itself to its customers with the sheer graciousness of the staff in attendance and its excellent food.

Four types of cuisines are being offered now—south Indian, north Indian including tandoori items, Chinese and continental. “We have five experienced cooks running our kitchen each specialising in a particular type of cuisine” informs Pranita the lady behind this satvic restaurant. Operating from a state-of-the-art hygienically maintained kitchen the chefs are creating plated masterpieces…be it mocktails, starters or main course items.

I was intrigued when I saw Soya Kebabs listed on the menu. I do like soya nuggets cooked in Indian spices with potatoes, tastily curried. So the first order served was a plateful of Soya Kebabs. Artistically presented with green chutney and shredded cucumber, the kebabs were soft, succulent and tasty with the right amount of tandoori masala to add the spicy flavour.

This was the first time that I ever tasted Soya Kebabs. What followed was truly delectable— Tandoori Momo—Gopala’s special!  It was finger-licking good! I was being fed with an assortment of cuisines each proving to be appetisingly rich in flavours! At Gopala’s they believe in using the best quality ingredients…in fact, the name itself stands for all that is pure and good!

Peneer 65, Manchurian Hakka Noodles, Kiwi Mojito, Pasta in Red Sauce and Gopala’s Special Thali…well I did sample all of these plus the others mentioned earlier! I am not a glutton, but Gopala’s food made me crave for spoonful’s of all that was served and I fell prey to temptation. I have no regrets though, as each of the preparations demanded my gastronomic experimentation! What I loved most was the care with which I was served and the friendly behaviour of the staff. Gopala’s made me feel at home. The personal touch of Pranita added to my delightful experience. 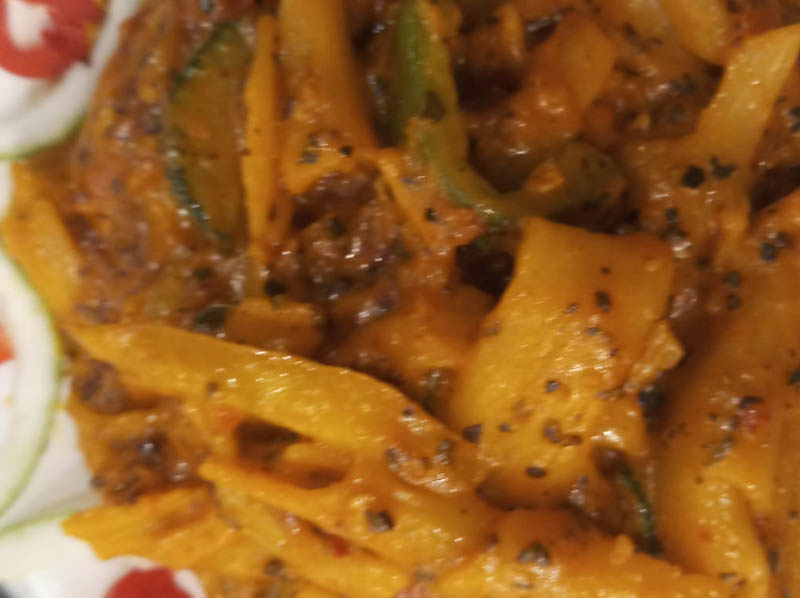 The Gopala’s Special Thali is impossible to relish alone. It comes with three types of vegetable servings, Hyderabad Mixed Vegetable which is a spinach based preparation using carrots, beans, cauliflower, peas and capsicum, Matar Methi Malai where green peas are cooked in a white sauce and Paneer Kolhapuri a rich and spicy gravy plus a soft Masala Kulcha.

The food served was superb and the prices were reasonable which made my visit memorable and worthwhile. Talking about the decision to open a satvic restaurant, Pranita says, “There are many vegetarian restaurants in Kolkata but only a few serve satvic food—without onion and garlic. Moreover, our location makes it accessible by metro, auto, bus and app cabs.”

Do make a date with Gopala’s (those residing in, or are visiting Kolkata) otherwise you will miss a lot of good food prepared with love sans garlic and onion! Forget not to order for Tandoori Momo and Soya Kebabs! I have sneaked out a recipe from the chef at Gopala’s, try them out at home, but first, try them at the restaurant!

Recipe for Soya Kebab (for 2)

Mix all the ingredients together.

Marinate the soya nuggets with the pastes and keep aside for 30 minutes.

Then arrange the marinated soya nuggets in a tandoor steak and roast well. Once done then brush them with butter. Then sprinkle a little bit of chaat masala  and serve.

Eating at Gopala’s is an experience in itself!