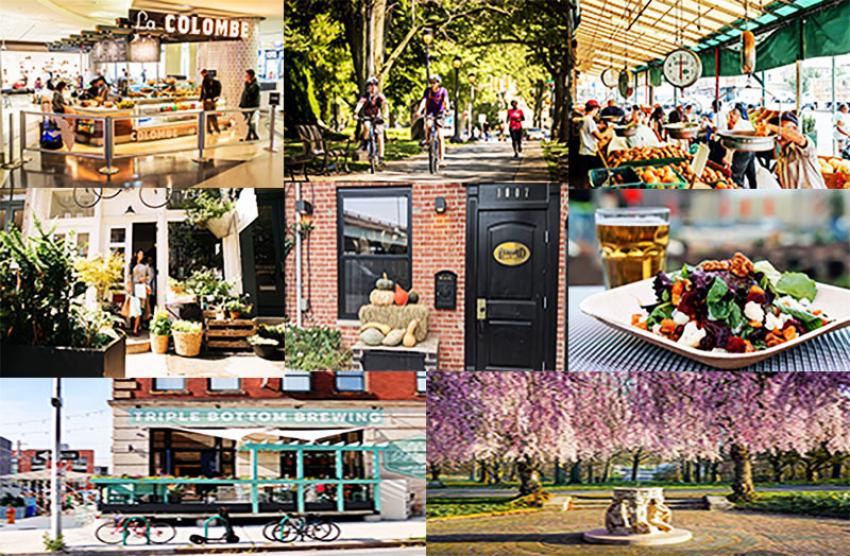 To reduce impact on the environment, it is important to support local businesses, restaurants and purveyors of responsible experiences. Some of these to add in any Philadelphia holiday itinerary are: 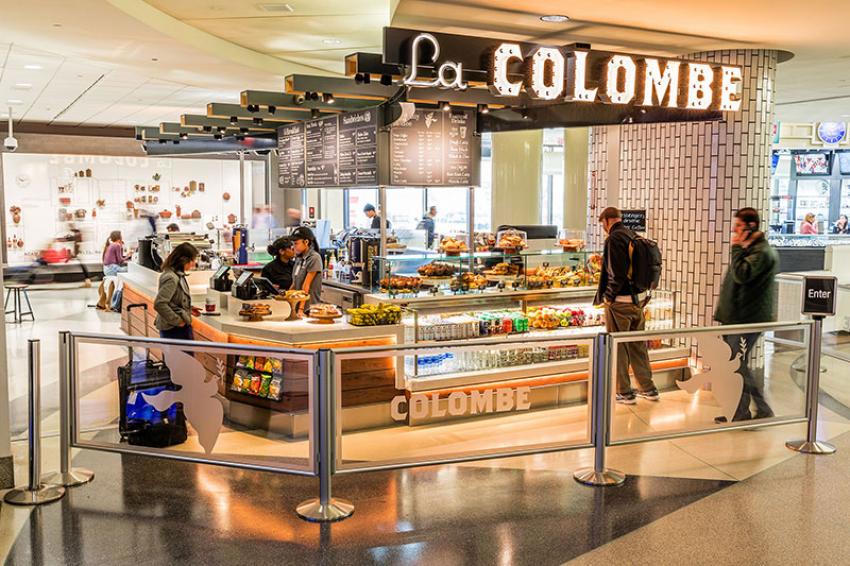 Start with a cup of coffee from La Colombe’s flagship Fishtown café. The Philadelphia-founded and community-focused coffee company has a strong emphasis on environmentally friendly practices, including direct sourcing and sustainable packaging. Support other independent roasters and cafés throughout the city, such as Càphê Roasters in Kensington, the first and only Vietnamese specialty coffee roastery in the city. 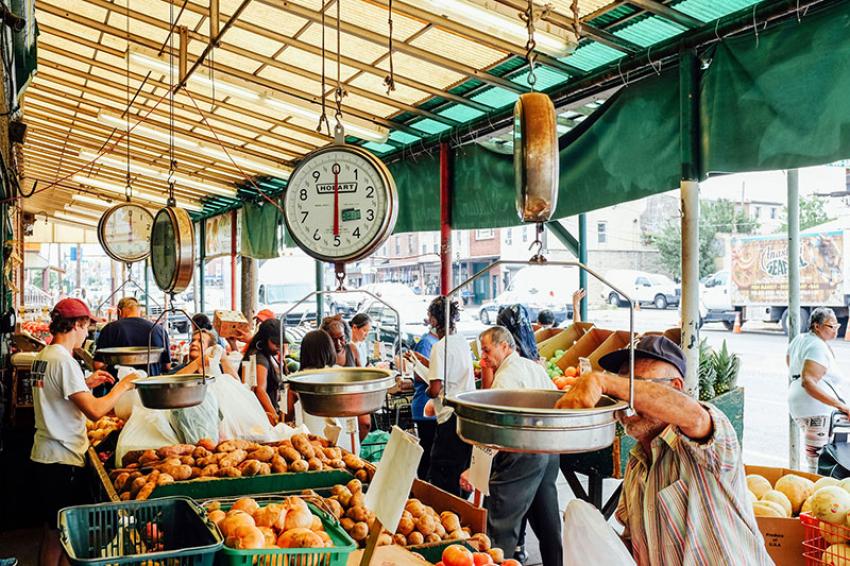 Explore one of the most walkable downtowns in the nation on foot, instead of using rideshare or hailing a cab, for a self-guided adventure through our city’s multicultural communities. To learn more about the history of each neighborhood, join one of many different walking tours, including one that guides you through the mosaic-lined streets of South Philadelphia and into the Italian Market, where you can shop from a mix of independent vendors representing a variety of global cuisines and cultures. 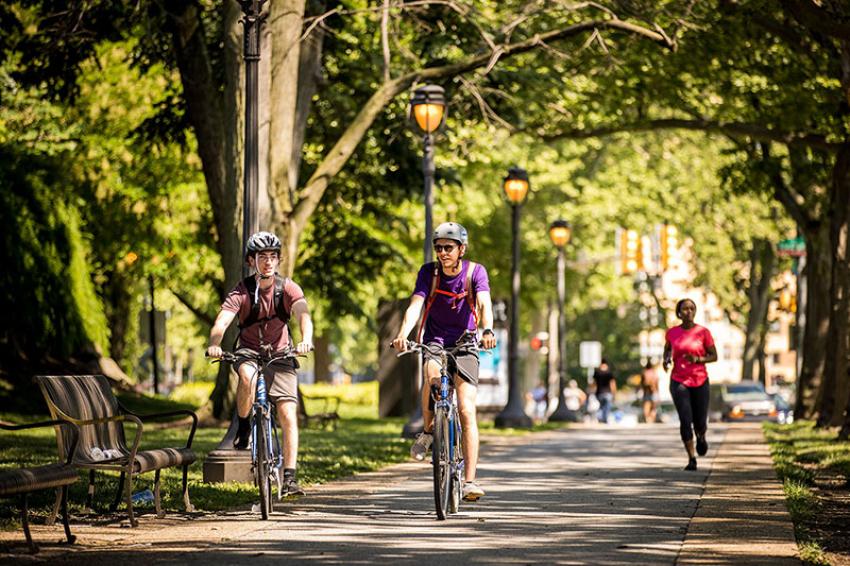 Bike your way through the city

Rent a bike from one of over 170 Indego bike share stations around the city and pedal through neighborhoods or along the Schuylkill River Trail, stopping for a choose-your-own open-air photo ops along the way. 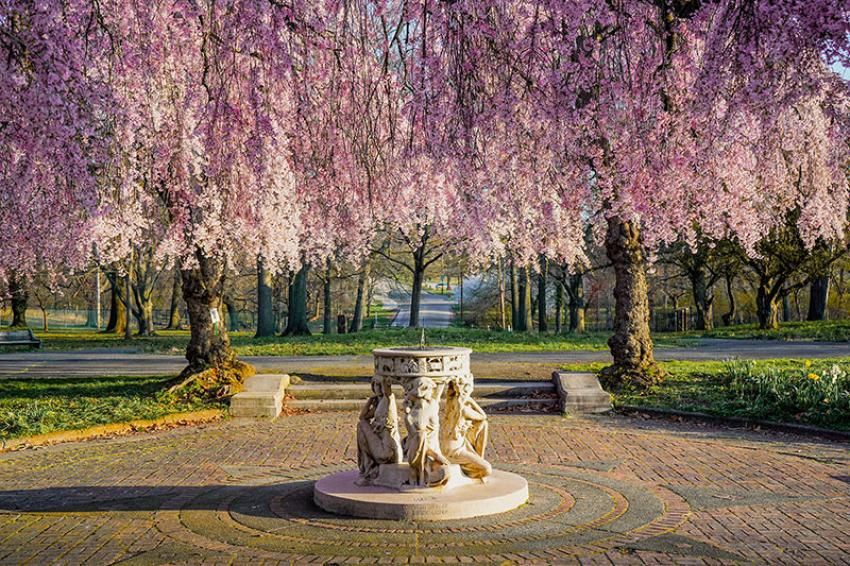 The preservation of natural resources is a priority in Philadelphia, which is home to over 10,000 acres of parks, squares, and recreation sites that establishes the city’s urban park system as one of the world’s largest. This large assemblage of green space includes the 2,000+ acre Fairmount Park, which lines the banks of the Schuylkill River and features miles of biking, walking, and hiking trails, with dozens of picnic-perfect lawns. Continue to northwest Philadelphia to navigate over 50 miles (80 km) of rustic trails on foot or by bike in the 1,800-acre Wissahickon Valley Park. 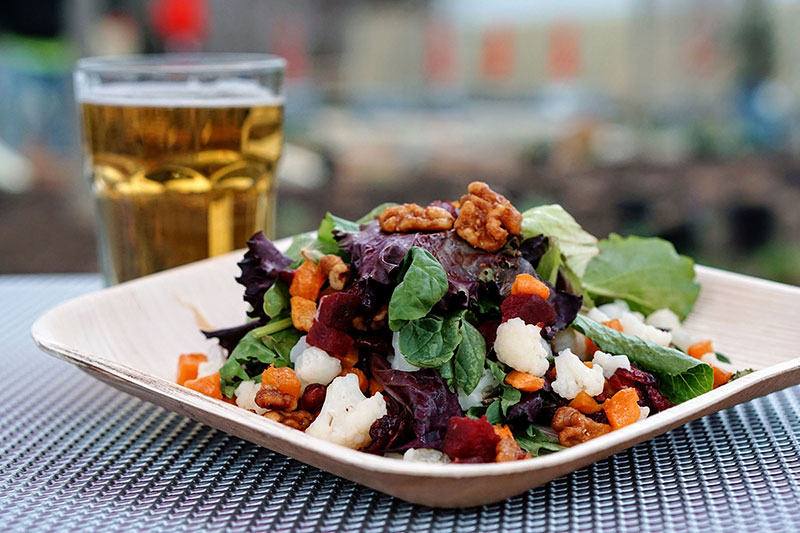 Those who prefer a vegetarian, vegan or plant-based diet will find no shortage of options around Philadelphia, such as the 100% plant-based eateries owned by woman restaurateur Nicole Marquis, including HipCityVeg, Bar Bombón and Charlie Was a Sinner. Other plant-based options include the vegan versions of breakfast staples served at the intimate South Philadelphia diner, The Tasty, or the falafel sandwiches, salads and tahini shakes at Goldie. Enjoy a more elevated dining experience at Vedge – ranked as one of Thrillist’s 33 Best Vegetarian and Vegan Restaurants in America – whose menu changes seasonally but always features items made with fresh, locally sourced vegetables. For dessert, order 100% dairy-free soft serve from Van Leeuwen Ice Cream along 13th Street in Philadelphia’s Gayborhood. To savor a vegan version of Philadelphia’s iconic cheesesteak, check out Campo’s Philly Cheesesteakslocated in Old City, Philadelphia. 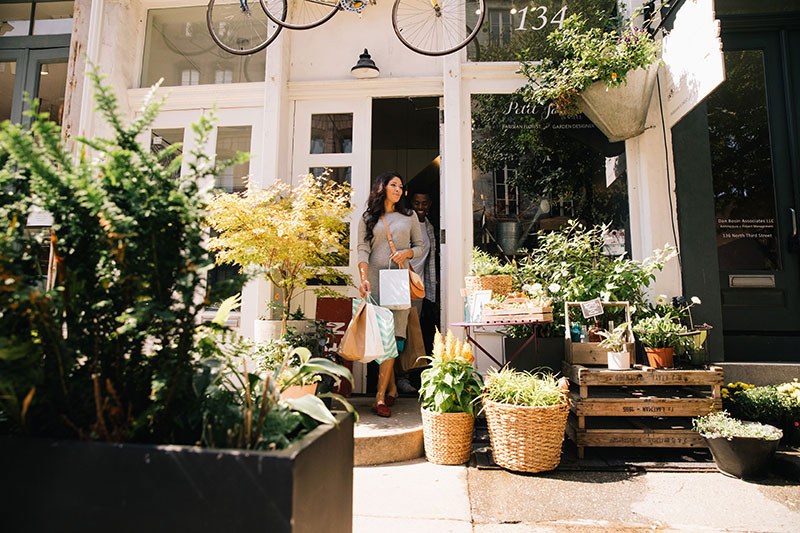 Shop tax-free clothes, for the good of the planet and local communities

Home to tax-free shopping on clothes and shoes, Philadelphia is a shopper’s delight, and choosing to buy from locally owned businesses helps support our city’s diverse communities. Shop everyday styles and outdoor essentials made with ethically sourced materials. For every product sold, the Philadelphia-based apparel company removes one pound of trash from the earth’s waterways. Venture to Philadelphia’s Garden District, Chestnut Hill, where you will find over 30 independent boutiques, galleries, restaurants, and other independent businesses that were approved as green businesses in 2020. Other shopping hotspots filled with independent businesses include Old City, Northern Liberties, Fishtown, and Manayunk. 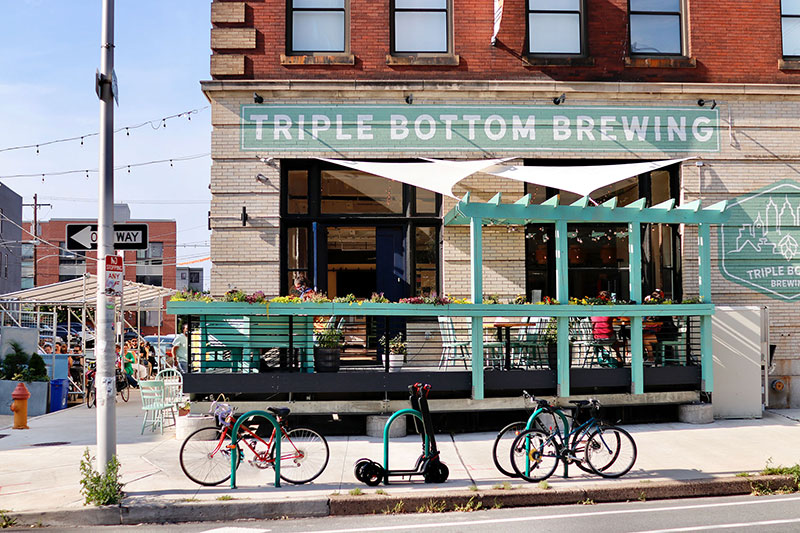 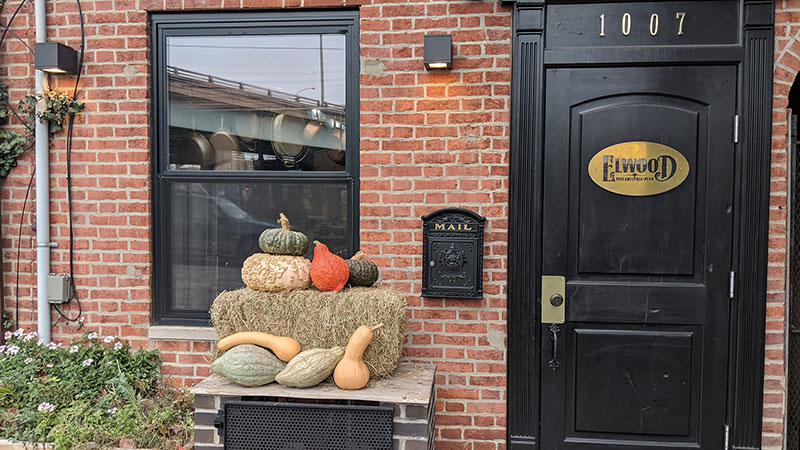 Many local restaurants, such as Talula’s Gardennear Washington Square, prioritize farm-to-table menus, sourcing responsibly from regional farms and purveyors to deliver unforgettable, only-in-Philadelphia meals. Restaurateur Ellen Yin was an early adopter of local and responsible sourcing for her restaurants, which include Fork and High Street Philly, and she also utilizes a bio-digester that transforms food scraps into potable water. One of the earliest restaurants to pursue a farm-to-table menu in Philadelphia was White Dog Café in University City. Here, enjoy seasonal menus with ingredients sourced from farms and purveyors within 50 miles (80 km) of Philadelphia, all inside a cozy café setting that has no shortage of dog-themed décor. Other restaurants that feature farm-to-table menus include Martha, Vetri Cucina which ranked as one of Thrillist’s 34 Best Italian Restaurants in America, and Elwood — a Fishtown restaurant led by Chef Adam Diltz, who uses local ingredients and classic cooking techniques to showcase the culinary history of the Philadelphia region.