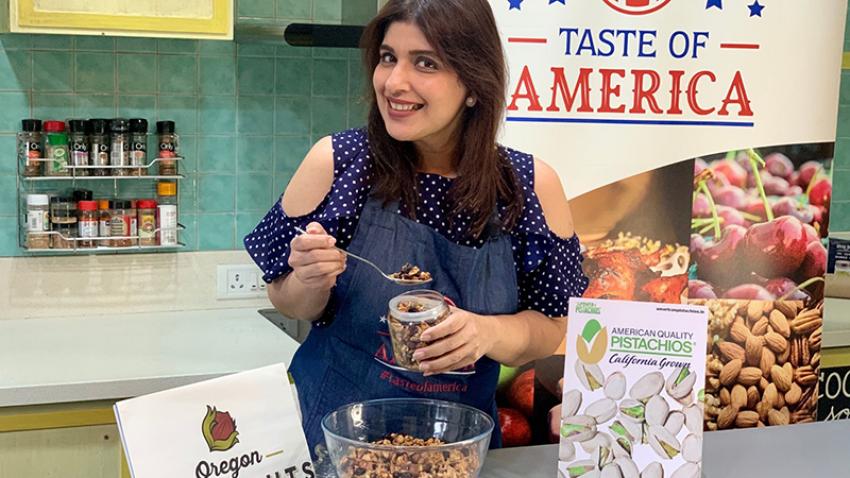 Rice, coffee, pumpkin, mango—the crops India grows are rich and varied. But even the most agriculturally productive countries can benefit from international exchange, and the top-quality ingredients that global cooperation makes available. Just ask India’s chefs.

Anoothi Vishal is an author, food historian and columnist who specializes in the culinary ties between communities within India and around the world. “Indian gastronomy has historically been characterized by inventiveness using diverse ingredients, many that came via trade from other regions and cultures,” she says, “and which became deeply entrenched within the country’s strong and deep-rooted culinary cultures.” 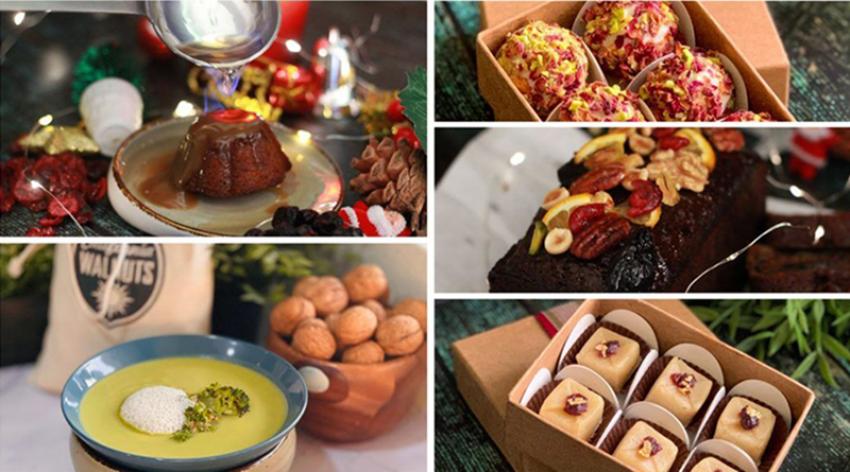 Vishal has been using imported cranberries from the United States as a key ingredient in her work. She researches the culinary history of regions around India and uses her knowledge to curate food menus that are both traditional and innovative. Her work includes “exploring how traditional dishes can incorporate the relatively new ingredient of American cranberries, while still retaining taste and nuances that make [the dishes] popular in Indian gastronomy,” she describes.

Beloved street food dishes and traditional family recipes from Old Delhi, central India and south India, including ones passed down from Vishal’s own ancestors, have all been reinvented with the cranberry in mind. In late 2021, she curated two chaat festivals at Leela Hotels and Punjab Grill outlets across India, where traditional chaats (a family of savory snacks) were reimagined to include American cranberries.

Popular American food exports to India include a wide variety of fresh fruits, tree nuts and a variety of prepared foods. “What I love most about American ingredients is the quality of produce, which is amazing,” says Rakhee Vaswani, a celebrity chef, entrepreneur, author and culinary educator in Mumbai. “I’ve worked with Oregon hazelnuts, California prunes, pistachios, California walnuts, Washington apples and poultry, duck and turkey,” she says. “I’ve really appreciated how aware American food providers are when it comes to the source of ingredients, how they’re handled, and even the facilities where they’re processed. From their origin, American ingredients are produced with top-notch quality.” 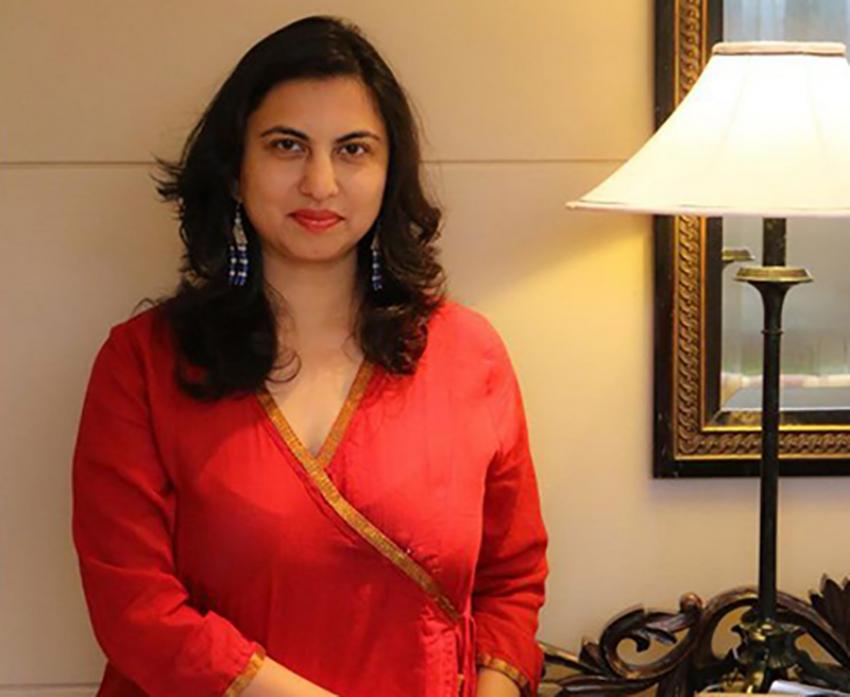 Many U.S. ingredients are available to Indians via shops and grocery stores, says Vishal. Vaswani regularly sources ingredients from American food suppliers with whom she has forged professional connections. But special efforts are also being made to introduce further cultural and culinary exchange between the two countries.

Last year, Vaswani joined U.S. Consul General David J. Ranz to conduct a “Taste of America” masterclass hosted by the U.S. Department of Agriculture - Foreign Agricultural Service in Mumbai that focused on the fusion of American ingredients and Indian culinary traditions. The event was held at Vaswani’s Palate Culinary Studio and Academy in Mumbai, and was conducted in front of a live audience. “One dish we prepared together was a new variation of chaat, where we used American cranberries and blueberries to replace dates and tamarind, which are the more traditional ingredients,” she says. “It was a super hit, and looked beautiful. Plus, the dish was full of healthy antioxidants.”

The masterclass fit in with Vaswani’s approach as a teacher and culinary innovator. She runs a culinary school, and the students go into the food industry in India as well as internationally. “Whenever we teach a recipe, we want students to be able to use fresh ingredients and adapt their cooking to wherever they are,” she says. “It’s also my job as a teacher to bind the ties between countries. I would not want to teach recipes that necessarily use American ingredients in the ways they’re ‘supposed’ to be used in the West.” 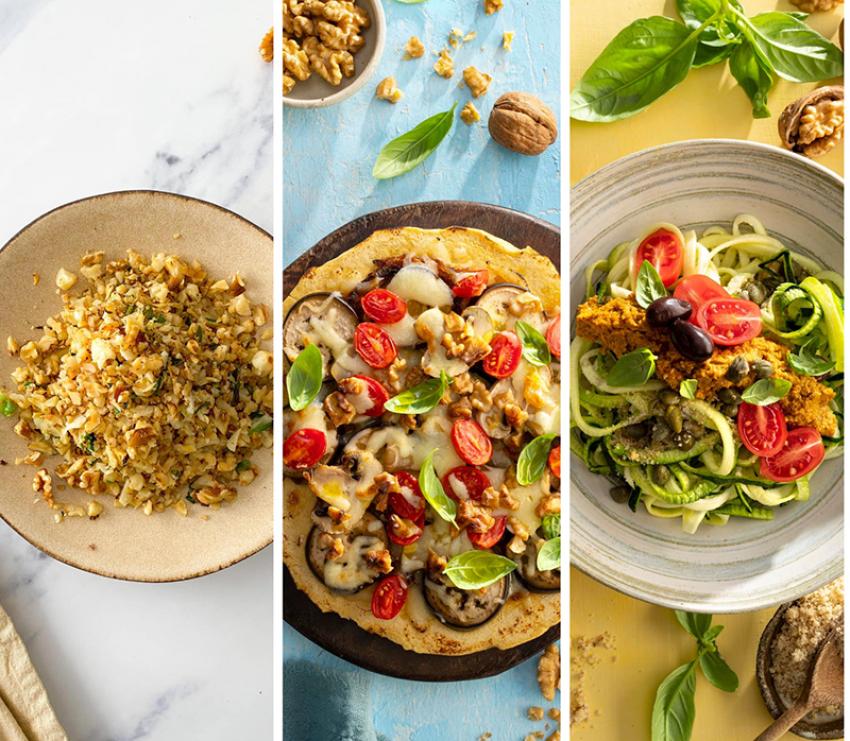 Vaswani hopes that the food trade between the United States and India continues and grows. “I want the business ties to be stronger between the countries,” she says. “As a chef, experiencing different sorts of produce shows your creativity. There’s a great chain of distributors and suppliers in the United States, each more eager than the other to make sure their ingredients are available in the best form, and I hope that Indian chefs like me can take more and more advantage of that.”

When international food trade flourishes, high-quality ingredients and new inspiration can benefit all involved. “As a food historian, I can say, many U.S. ingredients can successfully be combined with local regional Indian flavors and techniques to present inventive dishes with mass appeal,” says Vishal. “Trade is bilateral. If Indian products and dishes can be popular in multicultural societies like the United States, the reverse is true too.”

(Michael Gallant is the founder and chief executive officer of Gallant Music. He lives in New York City.)