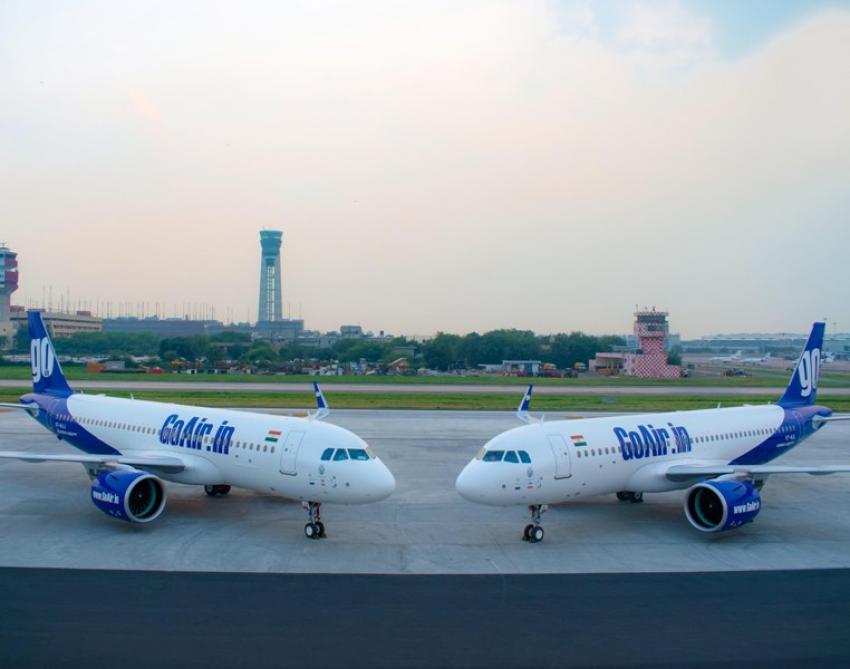 New Delhi/NITN: Indian airline GoAir on Wednesday announced the addition of 22 new flights to its network.

The addition includes two new destinations, namely, Varanasi and Indore, and also six new connections on its existing network, such as Bengaluru-Kochi, Kochi-Hyderabad, Delhi-Varanasi, Ahmedabad-Varanasi, Delhi-Indore, Ahmedabad-Indore along with added frequency on the Delhi-Goa sector.

Jeh Wadia, Managing Director, GoAir, said: “GoAir will close the calendar year on a high note – aggressive network expansion, increased fleet of aircraft, addition of new destinations and six new connections on our existing network. In the last 12 months our network capacity has gone up by 33%, inducted 17 new aircraft to the fleet, resulting in 100 new flights.

We have added 10 new airports to our network – Phuket, Male, Abu Dhabi, Muscat, Dubai, Bangkok, Kuwait, Singapore, Kannur and Aizawl. Since our inception we have flown 78.6 million passengers and our aim is to reach the 100 million mark in the next two years. GoAir has placed a firm order of 144 A320neo aircraft and we will be receiving at least one aircraft a month on average for the next foreseeable future.”

Effective from Dec 20, GoAir will connect the city of Bengaluru to Kochi, thereby helping business and leisure travelers alike.

Along with Bengaluru, GoAir will also connect Kochi to Hyderabad, to help the residents of both cities to strengthen trade ties and also give a boost to the tourism industry. Flight G8 505 will depart from Kochi at 19:35 hours and arrive in Hyderabad at 21:10 hours, and flight G8 507 will depart from Hyderabad at 21:45 hours and arrive in Kochi at 23:15 hours. These flights will operate daily.

The flight timings are perfect for Delhi residents going to Goa for a holiday. The flight will get them to Goa right in time their hotel room will be ready to check them in. And on the return, passengers can check out of the hotel at a convenient time and board the flight to get back home in the afternoon.

Flight G8 183 will depart from Varanasi at 22:30 hours and arrive in Delhi at 00:10 hours. This flight will be especially convenient for the Varanasi-ites based in Delhi for work, as they will be able to board a flight on Friday evening, spend the weekend at home and board the flight back for Delhi on Sunday late evening. Flight G8 404 will depart from Delhi at 10:30 hours and arrive in Varanasi at 11:40 hours, making it convenient for business travelers.

The Ahmedabad-Varanasi flight will operate daily, except Sunday. Flight G8-404 will depart from Varanasi at 12:20 hours and arrive in Bengaluru at 14:40 hours.

GoAir’s second new domestic destination, Indore, will be connected through daily direct flights from Delhi and Ahmedabad. Flight G8 177 will depart from Delhi at 05:35 hours and arrives at 07:10 hours in Indore. Flight G8 178 will depart from Indore at 17:55 hours and arrive in Delhi at 19:35 hours. It will be the ideal choice for Delhi-Indore travelers as it allows day-return flexibility and helps in saving time and money on hotel accommodation.

Flight operations for these new routes and frequencies will begin on Dec 20. Tickets for all GoAir flights can be booked through www.GoAir.in, GoAir mobile app, call centre, travel agents, travel portals.