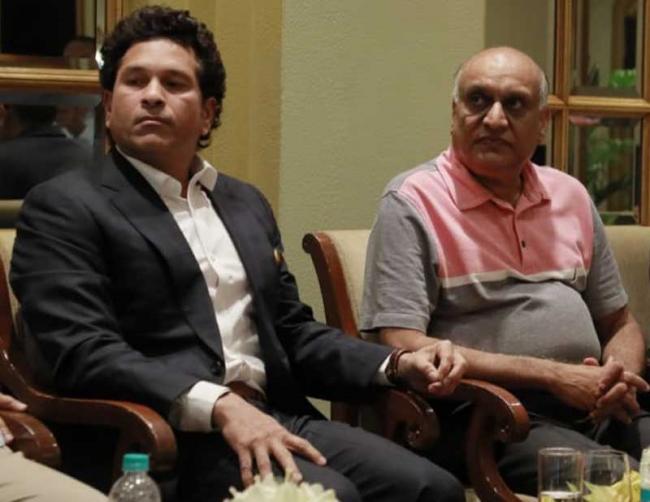 Mumbai, Aug 31: The popularity of Bridge or contract Bridge has grown by leaps and bounds among the corporate bigwigs and head honchos in India.

The recently concluded 8th Annual Bridge Event of the Corporate Bridge Association of India (CBAI) in Mumbai - sponsored by Shree Cement Ltd – witnessed the participation of top corporate honchos from across the country. Cricket legend Sachin Tendulkar gave away the prizes to the winners Hema Deora and Milind Athvale.

Deepak Parekh, Chairman, HDFC, and the President of CBAI and like-minded business barons like Hari Mohan Bangur, Managing Director, Shree Cement Ltd, along with – Debashis Ray, Sanjay Bhattacharya of Fortuna Capital and others came together in 2012 to form CBAI in Kolkata.

“Bridge is not like a normal card game as perceived by many. It is very systematic and has emerged as a popular mind-game like chess,” said Hari Mohan Bangur, a senior founder-member of CBAI and patron of Prabha Khaitan Foundation, who picked up the game watching his parents play and later honed up his skills during his IIT-Mumbai days. Bridge has been an intrinsic part of Kolkata’s countless adda circles.

The trick-taking game is cerebral and often compared to chess, but many prefer it for its social nature – playing in pairs and teams – with intuitive communication at its core.

Billionaires Warren Buffet and Bill Gates are great enthusiasts of the game. "Bridge is such a sensational game that I wouldn't mind being in jail if I had three cellmates who were decent players," Buffet once said.

Many aficionados of the game say it teaches you to read people better and keeps you alert and even prevents the onset of age-induced dementia.