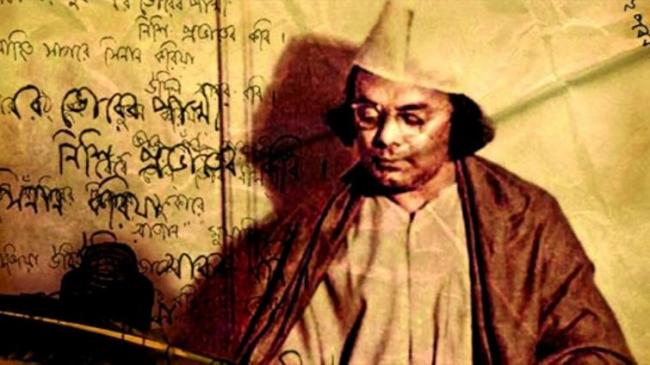 Kolkata/NITN: Starmark will pay a musical tribute to poet-writer-musician Kazi Nazrul Islam at 6 pm on Friday through its Facebook page.

The online event was earlier scheduled for May 25 but the ravages of cyclone Amphan forced the rescheduling. One can log onto Starmark’s Facebook page  at www.facebook.com/starmarkofficial to cat the event.

Born on the 11th  of Jaistha as per the Hindu calendar (celebrated this year on May 25) at Churulia near Asansol, West Bengal, Kazi Nazrul Islam is remembered for his works such as Bidrohi (The Rebel), Bhangar Gaan (The Song of Destruction) and Rajbandir Jabanbandi (Deposition of a Political Prisoner).

He produced a large body of poetry and music with themes that included religious devotion and rebellion against oppression. Nazrul's writings explored themes such as freedom, humanity, love, and revolution. Nazrul wrote and composed nearly 4,000 songs collectively known as Nazrulgeeti.

Dr. Devajit Bandyopadhyay founder director of the internationally reputed Academy Theatre Archives, is an acclaimed musician, performer, researcher and a theatre and a film activist.

Samarjit Guha  is a reputed Nazrulgeeti singer and has trained under the eminent singer Indrani Sen.  A senior journalist, he is an author and currently works for an NGO, the Future Hope.