News
India
'A Burning' is a book about constraints society puts on people: Author Megha Majumdar 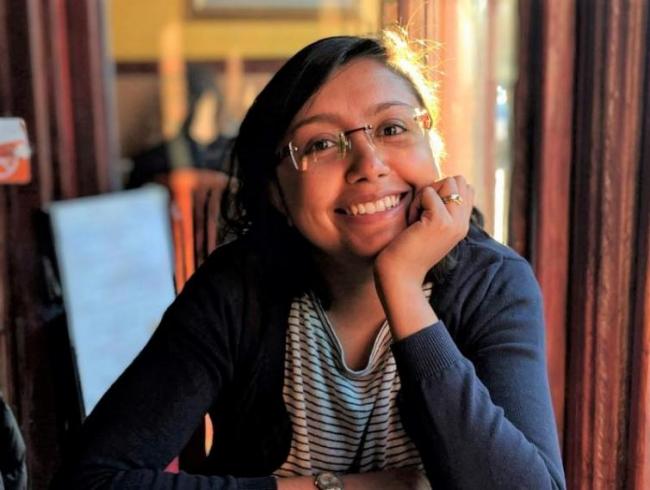 Indian-born novelist Megha Majumdar, who lives and works as an editor in New York city, was the guest at Kitaab by Prabha Khaitan Foundation last month. India Blooms correspondent Souvik Ghosh brings an excerpt of Megha's conversation with journalist-author Nilanjana Roy regarding her debut novel 'A Burning'

How did the characters come to you? Was it through watching the news or experiencing things in Calcutta (now Kolkata)?

The book was very much nourished by what I was reading in the news. I wanted to see how someone who earned honestly can be thwarted by the systems and institutions that she lives within. So that is where the character Jeevan came from. For Lovely (name of a character), I wanted to write a bold, joyous, defiant arc for a character who wants to go from the very margins of society to the centre, the dreams that she holds of becoming a movie star which was one of the wildest possible dreams. PT sir, the third character, is a school teacher whom I wanted to see as somebody who feels that he is not somebody having a vigorous impact on the nation. What does a person do when he gets the taste of political power? What will he surrender? So those were the driving questions for the three characters.

You as a writer have given all your characters the permission to dream which are absolutely impossible. Did you write from a sense of seeing injustice and caring about it deeply?

Yes, absolutely. I think that the place where this kind of injustice makes itself felt is in that place where somebody who is denied the opportunity to dream. It is like somebody told them about the place they are destined to get. But what happens if somebody refuses to accept that and say that they have the right to improve their life? Especially I felt that in the character of Lovely who is burdened by so much shame. She is surrounded by people who seek to shame her. But she doesn’t accept that shame and defies. The book is so much about the constraints that society places upon certain people more than others and how people don’t surrender their spirit and dreams. I think there is an essential optimism in the book and that is where the optimism comes from. 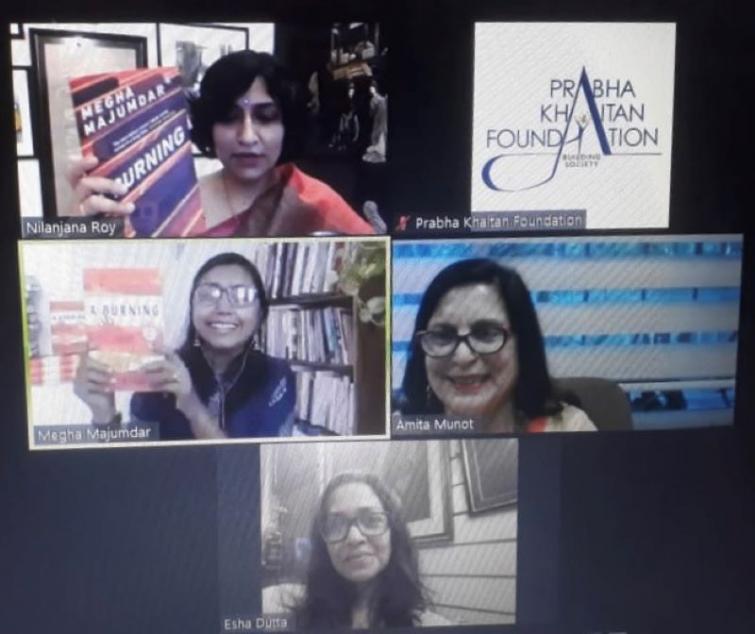 We are interested to know about your childhood in Kolkata. Did you see Kolkata as a Bengali city or an English one? Asking this because though your book is written in English, it has a shadow of Bengali behind it.

I think Bengali holds a kind of richness and pathos in a capacity for both sentiment and humour which I think all Bengali speakers understand. Even though I wrote the book in English, I hope there are scenes that attempt to capture the richness, feeling and thought in Bengali. Regarding my childhood, I grew up in a middle-class home. I was encouraged at home to watch the news, read the newspaper and discuss (on issues) at the dinner table.

My parents were always very encouraging of my reading from a very early age. I was called a bookworm in my family and we would seek out libraries, second-hand bookstores, sometimes the Oxford Bookstore. So reading was a big part of my childhood. I think paying attention to the world is something that reading cultivates in us because of paying attention to the imaginative world in books.

Were you used to writing books from childhood?

I did. I had participated in essay competitions when I was a kid. I always had an affinity for books. This is partly why I had started working for an editor because being in that place where one can boost someone’s work is still magical to me. I think being close to books in that way also definitely fuels my writing because I used to read such a huge volume of manuscripts as an editor, learn what kind of sentence levels surprise, what kind of structures or movements appeal to me and then I have something to reach for in my own writing.

It took four years to write this book. Were you doing multiple drafts?

I did so many (number of) drafts. It’s hard for me to say the number. I am such a constant rewriter, so one draft becomes another. While I was writing this book, I also had a full-time job, so I had to sneak an hour before work some mornings or find some hours on the weekends. So this was definitely something that I had to find balance while managing my job. 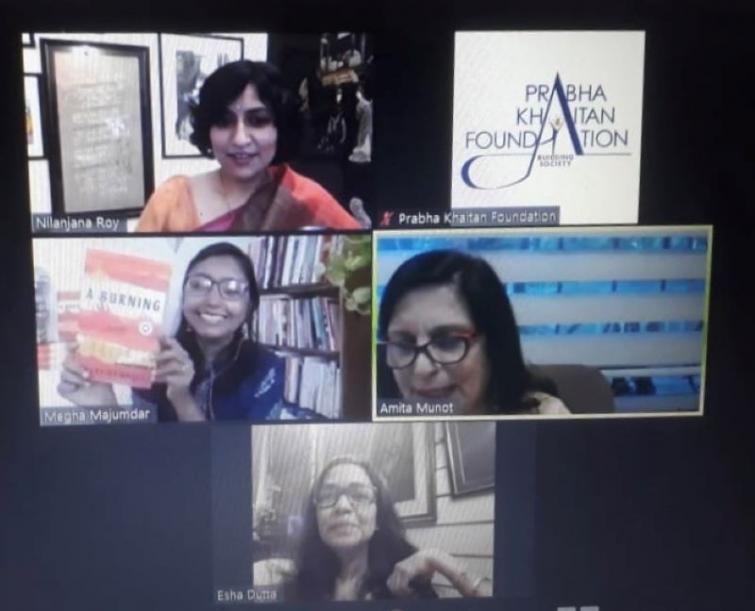 The name Jeevan for a girl is not unnatural but unusual. What made you choose that name?

I know Jeevan is typically a boy’s name and it does not quite fit. I know that would probably be something that snags some readers’ minds. The name came to me in one of the earliest drafts (of the book). Later I had tried changing it to something that would feel more logical for this character but it never felt right. I always kept going back to Jeevan even though I knew there are a lot of reasons why that would not be the perfect name but in the end it felt right to me and that’s the freedom one has as a fiction writer.

What were the choices you made to make voices of the character Lovely?

With Lovely’s voice, I think I wanted to gesture to the complicated colonial history of English in India. I wanted to acknowledge how English is now the language of the elites. While growing up, we were told that English was the language to learn and we were praised for speaking English well. So that sense of aspiration and striving felt very important to this character. I wanted to write this English which gets registered for striving so it is non-standard but I never wanted it to be seen as subverted. It was the English that fit into her life and this character made her own.

The book resonates the political situations of both the US and India where extremisms are taking centre-stage as well as terrible injustices. Did you write from any sense of anger?

It seems you wanted not just the Indian audiences to read your book but also the characters you wrote about. Was that on your mind?

I never thought about my characters reading this book (smiles). But I hope they think I did justice to their lives. The most important thing for me was to render each character a complexity and contradictions. I wanted them to hold flaws, generosity and selfishness.

Was it easier to edit your book being an editor yourself?

I definitely edited my book, so much of writing, revising and rewriting. So partly I found it really helpful to put the manuscript down for a few weeks at a time. So after coming back to read the book, I was able to read it with a reader’s mind. So I was able to ask the questions as an editor of manuscripts that come to my desk.