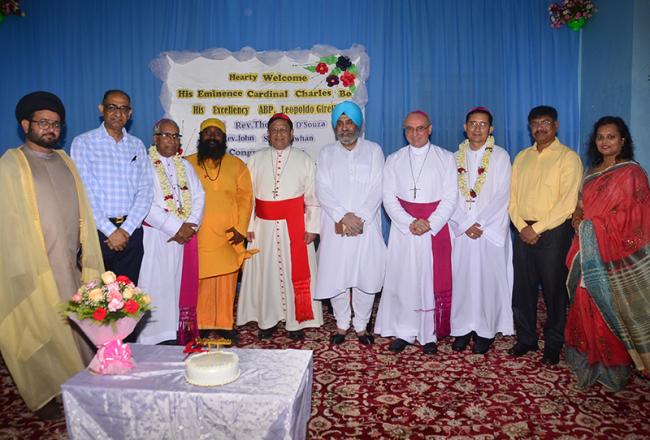 Kolkata: The Cathedral of the Most Holy Rosary, Burrabazar, Kolkata, held a special mass on Sunday conducted by the Vatican Nuncio to India and Nepal, Archbishop Leopoldo Girelli with Cardinal Charles Maung Bo, President of The Federation of Asian Bishops' Conferences, Myanmar, the Archbishop of Calcutta Thomas D’Souza and Rev. Father Franklin Menezes, Pro-Vicar of The Cathedral of the Most Holy Rosary, and other dignitaries.

Cardinal Charles Maung Bo from Myanmar said, “It is great to see people of different faiths come together to share solidarity and support each other. Together we pray for world peace. We pray that the current global strife ailing humanity comes to an end.” 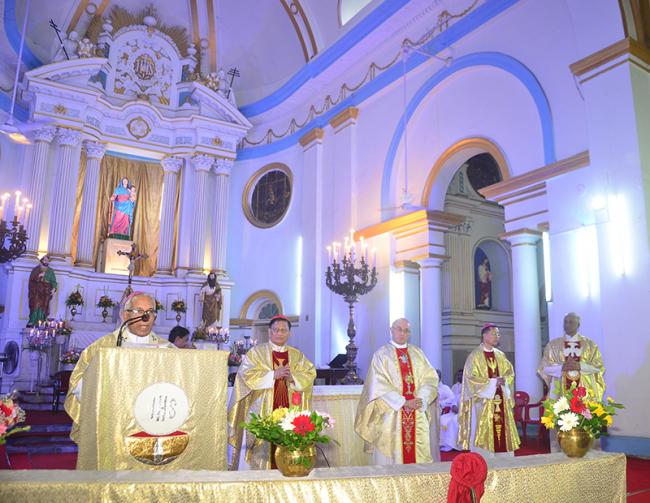 Sunday mass at The Cathedral of the Most Holy Rosary, Burrabazar, Kolkata, conducted by Apostolic Nuncio to India and Nepal, Archbishop Leopoldo Girelli, with others.

“I am thankful to my friends from different faiths for being with us here to spread the message of harmony and peace,” said Rev. Fr. Franklin Menzes.

Prabas Dansana, PCOM, South Eastern Railway, said: “It feels great to be a part of the inter-faith meeting which not only goes a long way to contribute to social harmony and peace but also represents India’s diverse religious heritage and peaceful co-existence of communities."