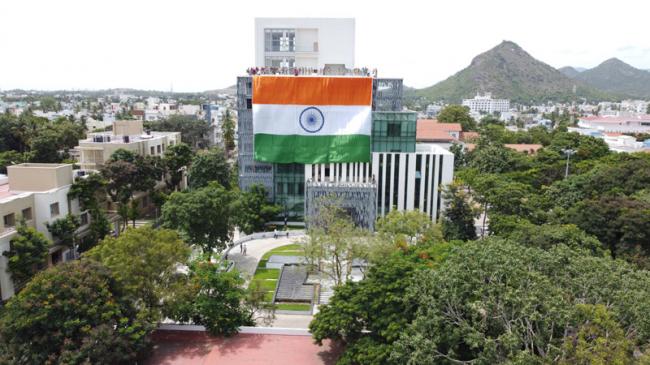 Created using 400 meters of cloth the flag was hoisted amid singing of national anthem by NCC & NSS team of 150 young men and women drawn from Sona College of Technology, Thiagarajar Polytechnic College, Sona School of Management and Sona College of Arts and Science and faculty and invited guests.

C Valliappa exhorted the students to celebrate the ‘Azadi ka Amrit Mahotsav’ by creating new technologies and products that will give a new thrust to the ‘Make in India’ movement.

Incidentally, C Valliappa was the only attendee at the event born in undivided India, then a British colony.

The flag now covers half of the front facade of the 10-story high Sri Valliappa Building. 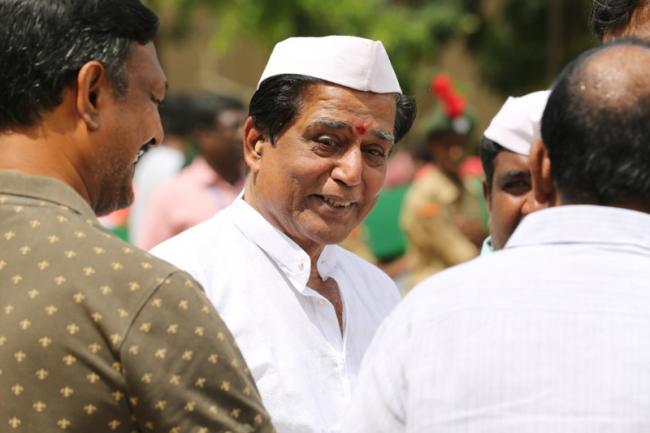 Valliappa shared that it was at (his great grandfather and) the founder of The Sona Group Kalaithanthai Karumuttu Thiagarajan Chettiar’s house in Madurai that Gandhiji emerged wearing the loin cloth for the first time in public.

The reason for the change is well-known – he had been advocating the use of indigenously spun and produced Khadi to liberate India from colonial rule.

However, during his journey to Madurai he understood that for common folk even wearing any sort of clothes was a luxury as the poorest could not afford it.

“Interestingly, it was just then that our founder, Gandhi’s host, was starting his journey towards becoming a textile magnate,” added Valliappa.