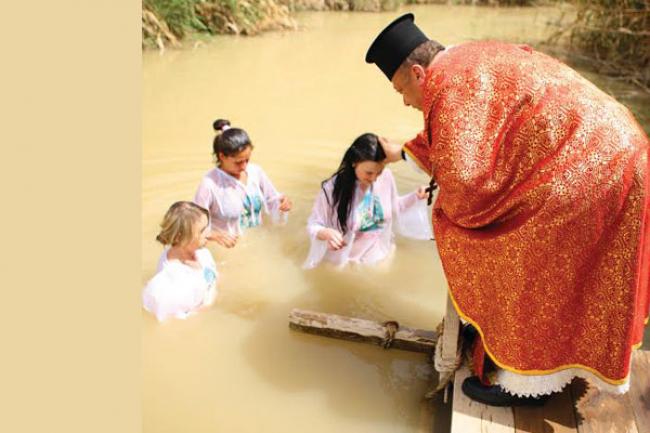 Mumbai, Dec 24 (NITN): This Christmas vacation, book your tickets to Jordan and visit the Jesus Baptism Site: Bethany Beyond the Jordan.

The site is also inscribed on UNESCO’s World Heritage List. Jordan is a modern country with an ancient culture, a land of which visitors can walk through the valleys, hills and plains whose names have become part of human history by virtue of the simple deeds and profound messages of prophets who walked the land and crossed its rivers during their lives.  Many of the sites where they are said to have performed miracles or reached out to ordinary people have been identified, excavated and protected, and are now more easily accessible to visitors.   Bethany Beyond the Jordan is the site of John the Baptist's settlement at Bethany Beyond the Jordan, where Jesus was baptized, has long been known from the Bible and from the Byzantine and medieval texts.  The site has now been identified on the east bank of the Jordan River, in the Hashemite Kingdom of Jordan, and is being systematically surveyed, excavated, restored, and prepared to receive pilgrims and visitors. Bethany Beyond the Jordan is located half an hour by car from the Jordanian capital Amman.  The Bethany area sites formed part of the early Christian pilgrimage route between Jerusalem, the Jordan River, and Mount Nebo. Jesus Baptized by John in the Jordan The Baptism Site (Arabic: el-Maghtas) on the Jordan side of the Jordan River is one of the most important recent discoveries in biblical archaeology. The Jordan River flows through the Jordan Rift Valley into the Kinneret and then continues down into the Dead Sea with no outlet. It is a place of many important biblical events.  However, for most Christians the first association with the river would be the scene of Jesus Christ being baptized by John the Baptist. According to the Christian faith, the Jordan River is considered the third most holy site in the Holy Land, just after Nativity Grotto in Bethlehem and Golgotha in Jerusalem, because it is the site of the most important event of Jesus’ life - his baptism and beginning of his ministry.