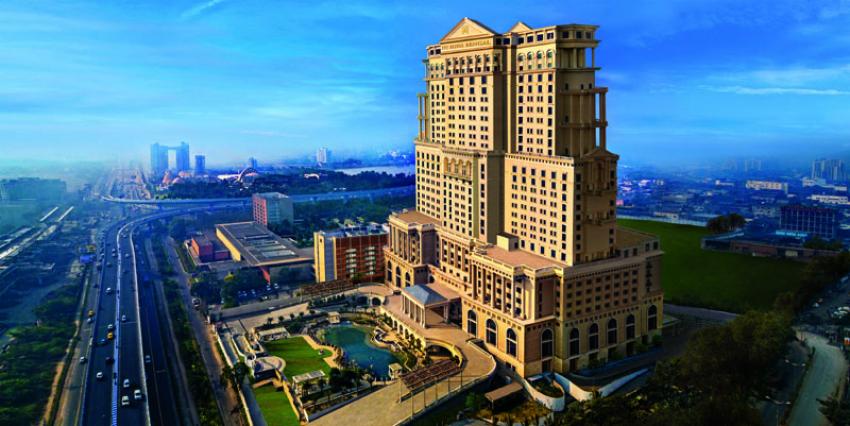 Kolkata: With the philosophy of ‘Let’s put India first’ inherent in its ethos of ‘Responsible Luxury’, ITC Hotels always draws inspiration from the local history and culture for its architectural designs.

ITC Royal Bengal in Kolkata is no exception.

Envisioned and created with the luxury of space, the burnished gleam of décor inspired by the finest buildings of this land and the hushed elegance of homes that have celebrated the finest nuances of culture, art, music and a zest for truly sublime experiences.

The architecture of ITC Royal Bengal is a fine blend of European and indigenous architecture found in erstwhile stately homes (Bonedi Bari), regal palaces of the Nawab era, and churches of Bengal.

Reflecting the rich heritage of Kolkata’s past, the façade of one of the largest hotels of the City of Joy, is inspired by several heritage buildings of Bengal along with the aristocratic homes of Kolkata and the districts.

ITC Royal Bengal carries forth the culture and pays tribute to the towering achievements of the great minds of Bengal and its people who encouraged and appreciated the efflorescence of arts, science and the finest experiences that life can offer.

The classic Greco-Roman façade with its Horse Sloping entrance is reminiscent of the stately homes and Hazarduari Palace of Murshidabad.

The classical Greek architecture with ancient Doric columns, which date back to 8th century BC, was introduced in Bengal via Bengal Renaissance Art and Architecture. 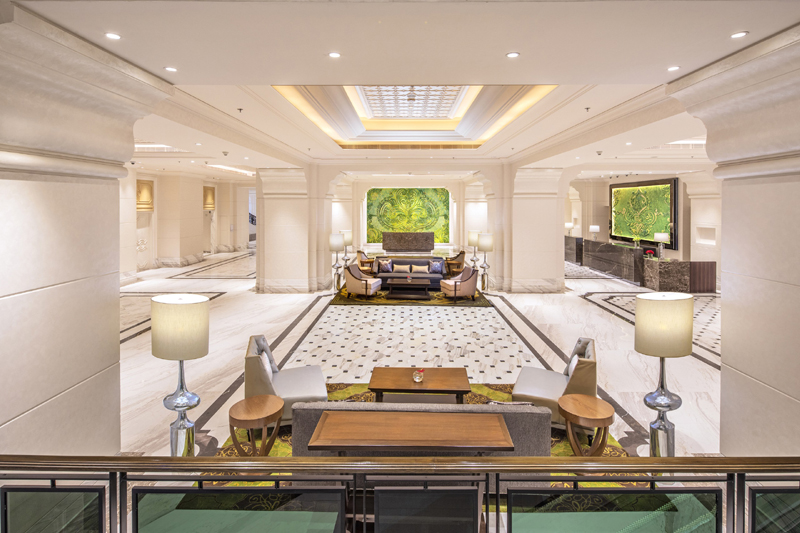 Cherishing the passion of the Nawabs of Bengal, ITC Royal Bengal is truly an architecture of regal elegance.

The stairway in the central part of the hotel  taking  you  to  the  signature  restaurants  mirrors  a  culture of exceptional  enterprise, extravagance and an eye for detail resonating with the  grandeur  and  the  fine lifestyles of Bengal’s erstwhile nobility.

It also reminds us of the rich elite intellectuals of Bengal.

The black railing of the staircase has a 17th-century art style known as Cul de Lampe.

The exterior railings have a string of Balusters dating back to the Renaissance period.

The Antis below the staircase is found at the Treasury Building of Kolkata and even in the interiors of different city churches reminding us that Kolkata was once the capital of the erstwhile British Empire.

Even the door knobs of various rooms and the hotel’s Business Lounge are reminiscent of the Art Nouveau style, introduced by Abanindranath Tagore in his 19th century painting Abhisarika.

Abanindranath was the nephew of Nobel laureate Rabindranath Tagore, and a famous painter and illustrator from the Bengal Renaissance period.

There  are  several  inspiring pieces of 18th century  furniture  placed  at  different  corners  of  the hotel.

Take for example the Chest of Drawers at the Blockfront that are made like the ones seen in several stately homes of the region.

The chair legs of different rooms are decorated as per Biedermeier, a Central European Decorative Art, which flourished from 1820-40, found in the Marble Palace of Kolkata. 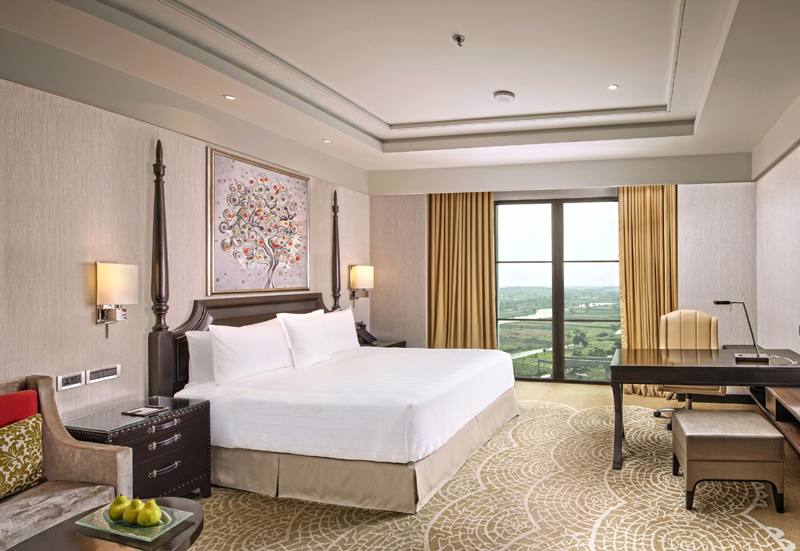 The  various  motifs  used  on  the  glass partitions, floors and doors are Trefoil  motifs  seen  in  churches  of Bengal or the Rib Vault decorations traced  to  Bonedi Bari.

Interestingly, the ‘Kalka’ design on the floor lobby marble counter was used extensively in the Banarasi and Baluchari sarees worn by the women of regal homes of Bengal.

And  once  you  step  onto the welcoming green carpets in various apartment bedrooms,  you  will  surely  be  mesmerised at the alpona motifs that were drawn in aristocratic Bengal homes.

Prints, kantha works and artefacts symbolising the Tree of Life (an age old concept shared across cultures) is found across the Hotel.

Though it grows old, it bears its seeds in its very essence.

Over time it has come to represent prosperity, positivity and progress.

LEED  is  an  international  symbol  of  sustainability excellence in green building  that  signifies  a  building has less carbon emissions, conserves resources  and  reduces  operating  costs,  while  prioritizing sustainable practices  and  creating  a  healthier environment.

Environment friendly materials and products have been used in the building.

More than 20% of the materials of the  project’s  total  material  have recycled content, in addition to more than23%  of  the  construction  materials  being locally sourced.

Materials which have lower environmental impact have been thoughtfully employed. 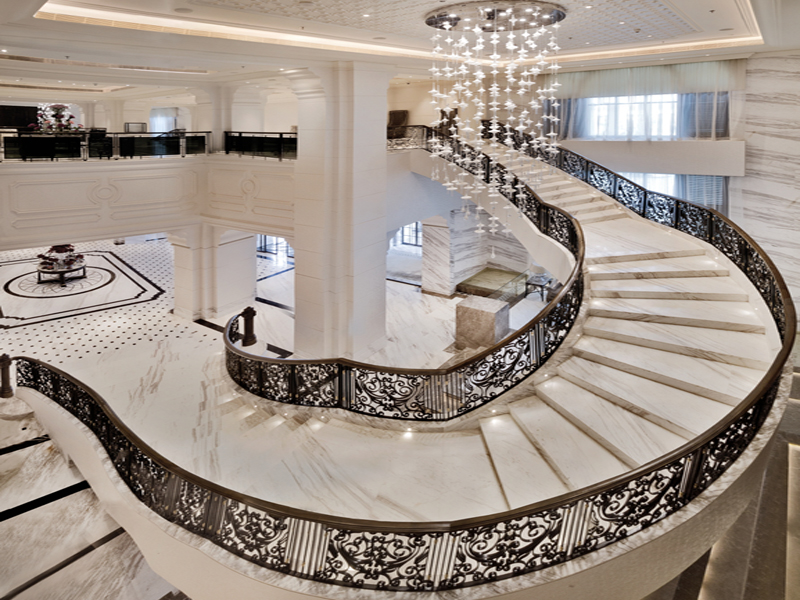 The landscaping of the Hotel has been designed with plant species which are native and help in promoting biodiversity with reduced irrigation water demand requiring low maintenance.

While ITC Royal Bengal celebrates ‘one of a kind’ finest experiences, ITC Sonar, a luxury business resort is themed on a Bagaanbari (garden homes of erstwhile nobility).

Branching into timeless traditions, they both pay tribute to the essence of Bengal.