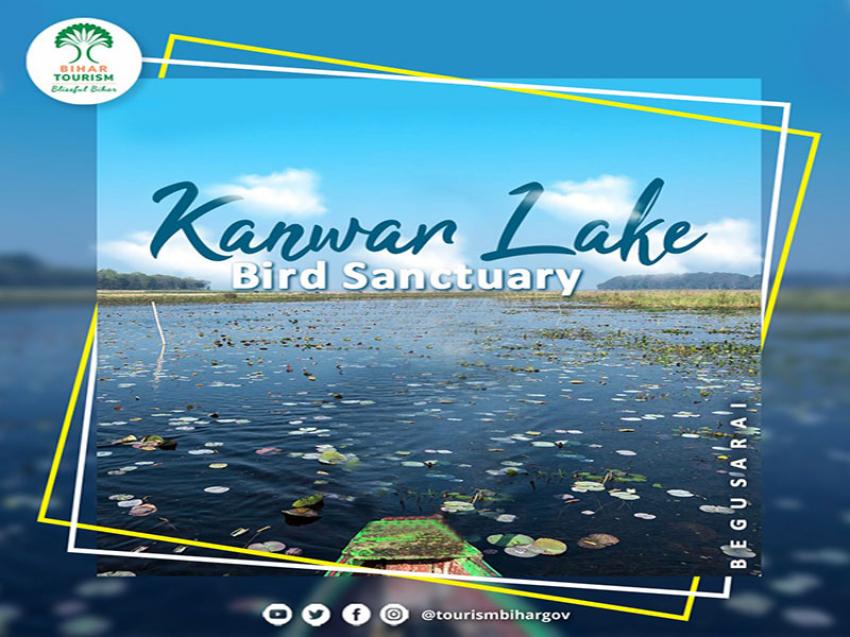 Patna/NITN: If you are looking for a lesser known birding destination to visit this winter, why not head to Kanwar Tal in Begusarai district of Bihar?

Bihar’s first Ramsar Site (declared in 2020 under the 1971 Ramsar international treaty for wetland conservation), the wetland is a little over 20 km by road from Begusarai town.

Also referred to as Kanwar Jheel or Kabartal, it is a residual oxbow lake, formed due to meandering of Gandak River, a tributary of the Ganga, in the geological past, according to Down To Earth, a magazine specialising in environmental and development issues.

In a 2014 report, they pointed out how the waterbody (with a notified area of 15,000 acre) had shrunk to a mere 2,032 hectare by 2012. A large part of the lake has been converted into agricultural land. This has not only reduced the area of the lake but also hampered the livelihood of the fisherfolk who live off the fish found here.

According to the Ramsar Sites Information Service, the waterbody occupies an area of 2,620 hectare.

According to bird experts, it is an important stopover along the Central Asian Flyway with a variety of migratory birds stopping here to rest and refuel.

While environmentalists hope that the protection rendered to the wetland will lower the various threats to its existence (such as poaching, drainage, canalisation, etc.), starting of eco-tourism in the area will also benefit the lake and the people living in the vicinity. According to media reports, the state government is preparing a comprehensive plan

Information: Kanwar Jheel is about 22km from Begusarai town, the nearest road and rail hub, from where you have to make your own travel arrangements to the lake. The lake has to be explored by boat. There are no regular services; you have to seek the help of the local fishermen. According to local birders, there are no fixed hire charges, the rate ranges between Rs 200 and Rs 1,000, and depends on the bargaining skills of the passenger.