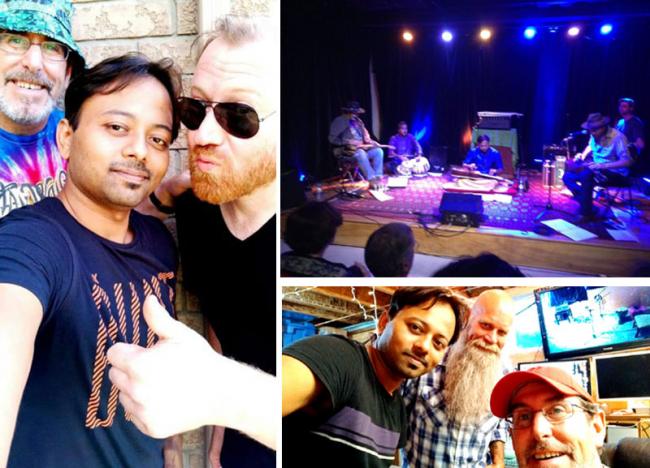 Mesmerized by Rhitom's musicianship, Michael got in touch with him and invited him to Canada to record a melding of Indian and North American slide guitar styles.

In Michael’s words, “In a time when we're told social media can often lead to isolation, in this case Facebook facilitated a month-long in-person exchange of music, culture, and friendship.”

As Michael says about Rhitom, “We were all so impressed at Rhitom's ability to adapt to previously unfamiliar genres and song structures.”

Michael’s invitation to Rhitom has turned out to be a ground breaking, Indo Canadian Slide Project's album Delta Raga is a melding of North American and Indian slide guitar, and a diverse collection of music spanning many musical genres.