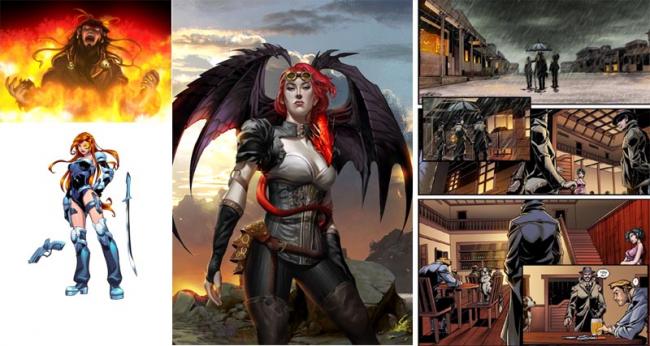 According to the company, it has combed through a huge database of the nation’s most talented illustrators and artists and brought them together under a common platform.

Over the past 15 years graphic novel art has been largely outsourced to Indian comic book illustrators for the cost advantage, according to the company.

Power Publishers said it has handled over 600 comic book projects from North America and India since 2011 and the service is now part of the offering of services from Power Publishers.

A screenplay is first converted to a storyboard, which is an illustrated form of the screenplay.

It gives a visual look and feel to the screenplay and gives an idea to the directorial team how the film will look, even before filming.

Power Publishers offers storyboard illustrator hire service for film production companies and filmmakers, to get their screenplay illustrated, for a visual feel before filming.

The appeal of children’s books lie in their colors and beautiful illustrations.

The illustrators can follow any style of children’s book illustrations.

Power Publishers is also one of the  nation’s leading book cover design services, coming up with book covers that are aesthetic and appeal to the senses.

The cost of the service is below the average rate for such a service, according to the company.

According to the company, their illustrators can give shape to any character that a client conceptualises.

Required for online games, animation, or graphic novels, sometimes to gift to someone as a superhero, character illustrations are a rare and specialized service, which Power Publishers is offering.

Pinaki Ghosh, founder of Power Publishers said he was an illustrator himself and loved illustrating comic books as a child.

As a grown up, his dream was always to bring together the nation’s best illustrators on a common platform where anyone looking for any type of art and illustration services would find them.