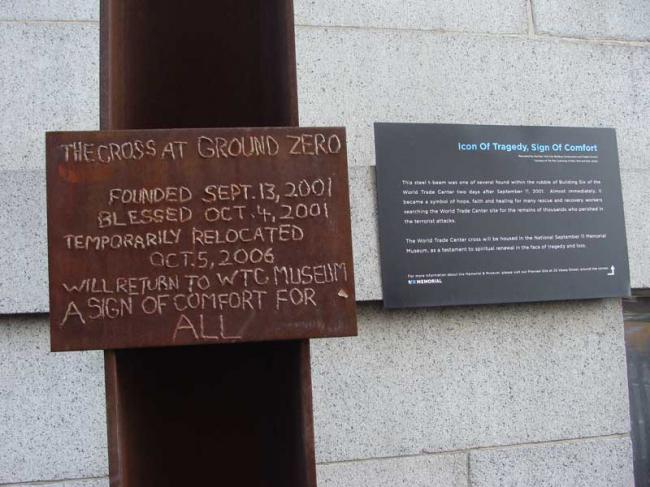 September 2001, Kolkata: I was working at the copy desk of United News of India (UNI) in 2001 September when the twin towers of World Trade Center were brought down by the terrorists.

Around afternoon Indian time our regional chief barged into the newsroom and hollered: Guys, tune in to BBC. As the entire newsroom ceased work and trained eyes on the BBC and CNN alternately, the two channels beaming live the world’s biggest ever reality show on death, I thought if I am watching an over-the-top Hollywood movie. Fact is always grislier than fiction.

The portal of my travel experiences was still decorated with a lingering memory of an indecisive climb up the building a year ago in 2000. I flashed back, memories tumbled out one after another and they halted at the face of a corpulent African American woman who on the 107th floor observatory of the tower had served me the cheapest pizza that an Indian shoe-string budget traveller could afford up there.  Did she live to serve another in another pizzeria?

The Spring of New York, 2010: I was there again on ground zero, walking in the procession of busy New Yorkers. The towers are gone, they vanished sadly from the New York cityscape of signature Karan Johar movies. Now the parcel of land in lower Manhatten has turned into a gigantic construction site.

Giants cranes, bulldozers, hydraulic machines and construction workers in orange, white helmets. I peered inside through the barricades and took some banal pictures-it can be anywhere after all. There were no restrictions. No paranoid policeman discouraging “graveyard tourism”.

A brief visit to the 9/11 Memorial Preview Site at 20 Vessy Street gave me an idea of shape of things to come. Well, readers can visit the official website of the preview site and learn about the plans for and progress of Memorial and Museum currently being built at the World Trade Center site.

The miniature models of the future WTC towers are displayed at the preview site.

The plan for the World Trade Center site calls for five office towers, including the soaring Freedom Tower which is rising from the base clad in glass prism. It would have 69 stories offering 2.6 million square feet of office space. The building will be among the country’s safest, I am told.

Tower Two will rise 78 stories, and stand out for its distinct cruciform core and diagonal roof that slopes toward the WTC Memorial plaza.

Tower Three will be a 71-story tower,  the third tallest building on the World Trade Center site.

Tower Four is a 61-story tower, while a fifth tower would be the smallest. Its design plan is not yet finalized.

Also planned are a performing arts centre, a transit centre, a visitors centre, and a national memorial site with two waterfall-filled pools.

The National September 11 Memorial will remember and honour the nearly three thousand people who died in the horrific attacks of 9/11 and prior to that on February 26, 1993.

This summer New York welcomed its one millionth visitor to the 9/11 Memorial Preview Site (counting me?), less than a year after the Preview Site opened its doors to visitors on Aug 26, 2009.

Any purchase from the preview site goes as contribution to building the National September 11 Memorial & Museum. The preview site has many pictures, screens beaming the progress of the site, panels capturing the horrors and mementos and souvenirs of the gigantic tragedy showcased for sale, the proceeds going to the rebuilding efforts.

Helmets of the brave New York firemen who rescued many before dying themselves are tragic reminders of the man-made catastrophe.

NASA astronaut Mike Massimino presented an American flag to the preview site that rocketed millions of miles into space onboard space shuttle Atlantis to the Museum.

The preview site appeared droning to me after a while, so I walked out.

A few yards from there I came across a steel column. This 36-foot steel-beam fragment is called the “Last Column”. It is one of the remnants of the towers that once stood high above the New York skyline.

Called “Icon of tragedy, Sign of comfort”, the steel t-beam was one of the several found in the rubble of the WTC two days after its collapse. Almost immediately it became a symbol of hope, faith and healing for many rescue and recovery workers searching the site for the remains of thousands who perished. The beam would finally be kept at the site’s memorial under construction as a permanent exhibit.

A day in August end, 2000: As I was leaving the lower Manhatten construction site to meet a friend waiting to take me around Greenwich this April, it was sundown. The sky was eerie and cobalt blue against which the giant cranes of the WTC construction site hang, sharing a slice of the jagged New York skyline that start  blazing gorgeously with every night fall. The ambience made me sad, my mind went back to another day in the August, ten years ago.

I was standing at the entrance of the iconic towers caught in dilemma. It was a dilemma on whether I should spend $13 dollars and three hours just to see one site- the WTC observation desk- during a short, budget holiday in New York City on the sidelines of a visit partially funded on a meagre stipend money for a journalism conference. Ten years ago, it used to be the question debated by tourists on a hop-on, hop-off Big Apple bus tour when they reach the WTC towers.

Several said why waste the time just to get into an elevator. Even the lady at the ticket counter warned me of the long, tiresome wait to reach the 107th floor.

But I did spend the money and stood in that spiralling, apparently never-ending queue of tourists from across the world, waiting to be herded into the elevator for a slightly dizzying ride to the top for a view of the classic New York frames- of bridges, rivers and a miniature bird eye Statue of Liberty.

That WTC would never open to tourists again. A debate now rages on whether a mosque should form a part of the constructions.

I do not know if  a mosque should be indeed built, but we should remember the many like that African American woman who brought me the pizza and wished me a good day. I still do not know if she had clocked in at the right time for her job and perished in the mushroom smoke that camouflaged death and destruction.