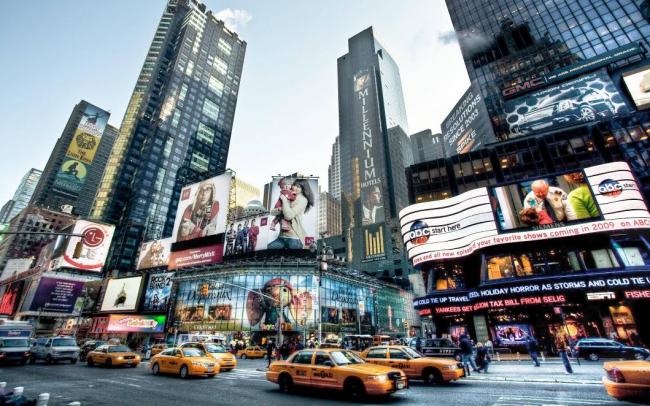 In the first part of her series on New York, Suparna Banerjee relives her experiences of exploring the great American melting pot
The pilot was making the announcements about our arrival at the airport of my destination, rather my much awaited arrival at one of the greatest cities of the world, New York City, the big apple and the center of the world to many.  New Yorkers believe that if one is at Times Square, she can witness the entire world go by. So there I was eager to make my first acquaintance with the ‘city’ as the locals call it. I sped past queens and entered Manhattan, little did I know this would be my home for several years.
Manhattan or ‘the island of the hills’ was originally home to the Algonquin tribes of native Americans before the arrival of the Europeans. In 1524, Giovanni de Verrazano, an Italian explorer sent by the French King Francois I, was the first European to come to Manhattan. Hence the name of the sleek double decked suspension bridge in New York that connects Brooklyn to Staten Island. 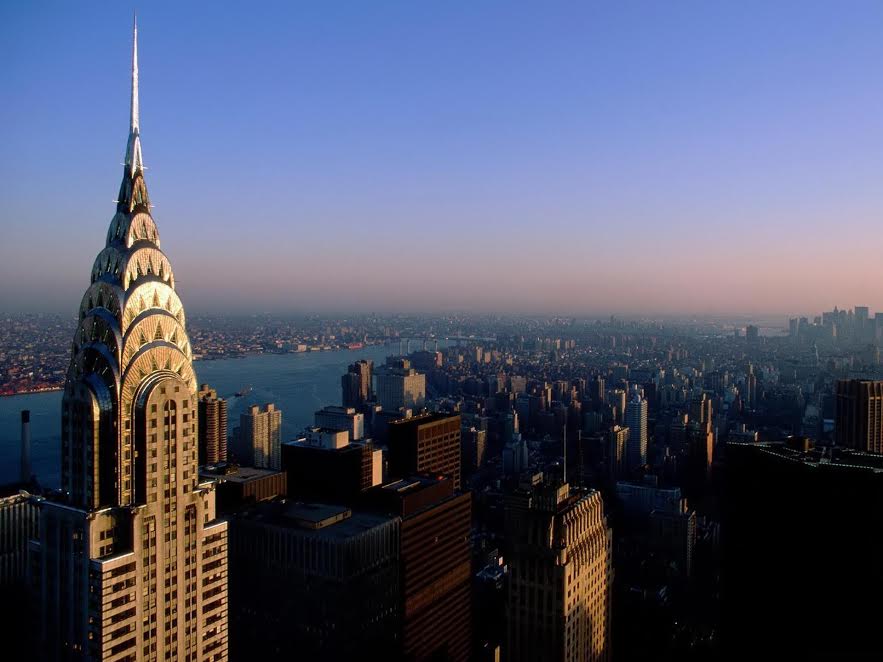 The first permanent European colony and trading post was in the hands of the Dutch and was named New Amsterdam. This was our present day New York City. It is noteworthy that unlike other American colonies New York was founded for the purpose of trade and commerce and not my missionaries. In 1626 Manhattan was bought from the Algonquin Tribes for $24. In the 17th Century the English took over the land from the Dutch and named it New York. It grew as trading post under the British. 1n 1783 at the end of the American Revolution the British troops evacuated New York and President Washington returned to the City in triumph.
New York was instrumental in ushering in the Industrial Age in the new Nation. Waves of immigrants from the Europe, South America and Central America and more recently Asia helped in the cities commercial and industrial growth. The population of the city doubled every 20 years. From the 20th Century, well into the 21st New York has been and continues to be the center of Banking, Finance and Insurance in America with Wall Street at its heart. 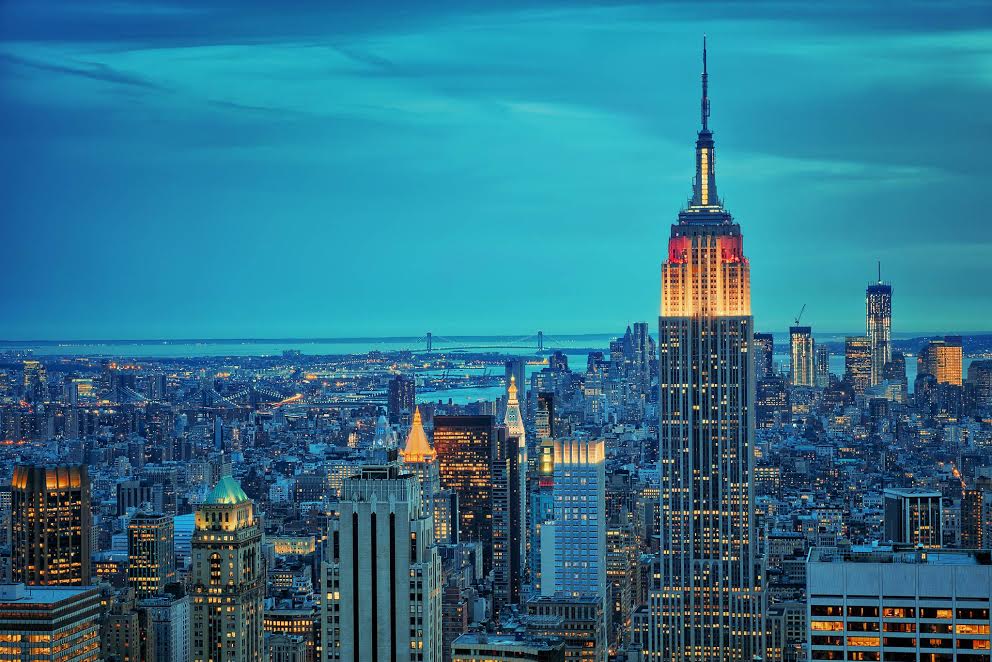 The continuing growth of New York and its residents made way for skyscrapers and apartment buildings. Today the cities architecture is unique in its beauty as well as diverse in its forms. Each era of architecture whether it is the bold Georgian style of New York’s City Hall, the Romanesque style of American Museum of Natural History or the frequently visited Chrysler, Empire State and Rockefeller Center buildings which are examples of the modern style, have their rightful place and blend in perfectly to form the dazzling skyline of New York City. No wonder tourists always walk down the streets of Manhattan looking upward awestruck by the grandeur of these buildings, sometimes annoying the grouchy faced New Yorker commuting to work.
The New York City, as it is today is a hustling bustling metropolitan city that never sleeps. Through boom and bust it still stands strong. The city only got stronger whether it was the economic depression, terrorist attacks or hurricane Sandy. The city merged stronger and better with residents banding together under strong leadership of mayors like Rudi Giuliani, Michael Bloomberg and present Mayor Bill de Blasio. The biggest example of overcoming obstacles is the One World Trade Center which opened in 2015 from the ashes of the twin towers destroyed during the September 11 attacks of 2011. It now houses a museum, in remembrance of the 2750 lives that were lost and World Trade Center that was in ruins. 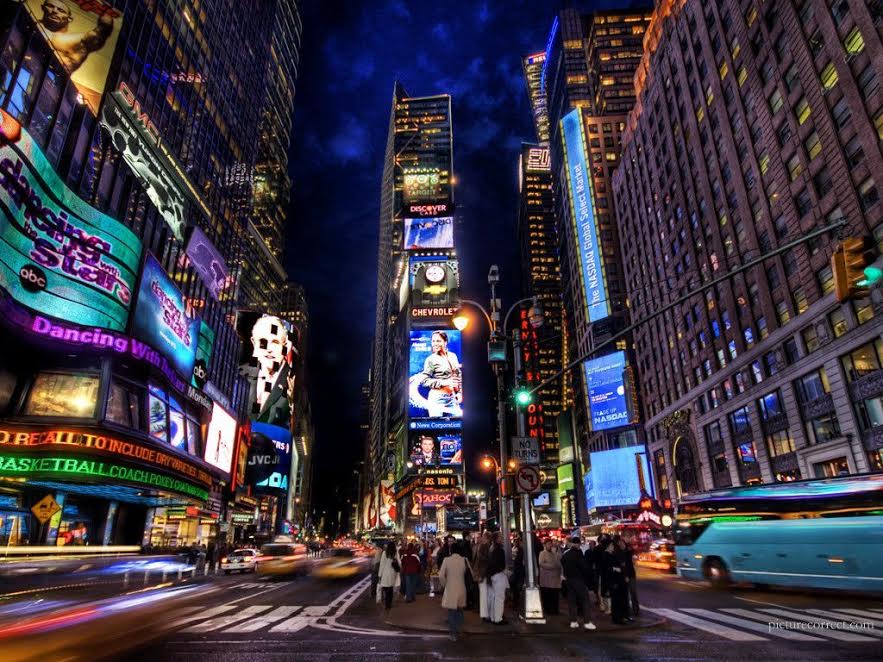 The administrative extent of the city includes the five boroughs of Manhattan, Brooklyn, Queens, Bronx and the Staten Island. Each borough has its history, center of commerce, neighborhoods, and attractions.
I would like to talk about Manhattan in my story. This magical land is an island just over 21kms long, packed with cultural diversity, vibrant street life, eclectic neighborhoods, world class art, music, fashion, food and in one word ‘excitement’. It is throbbing with life, pulsating with action and swinging to its own tune. Whether a person is a resident or a tourist, Manhattan accepts her with open arms and very soon she will find herself dancing to its rhythm. Exploring Manhattan may be daunting to some and challenging to many but there is a method to the madness. In the same way, it was overwhelming for me too. Once I knew my way around, hopping on and off subway trains, MTA buses and NY Waterways and the ferries, it was a breeze. Each and every mode of transportation is coordinated with the others seamlessly to make the lifeline of the city work efficiently. The beauty of the city lies in the fact that though train services, buses and taxis access every corner of the city, the grid system makes it a walker’s paradise. 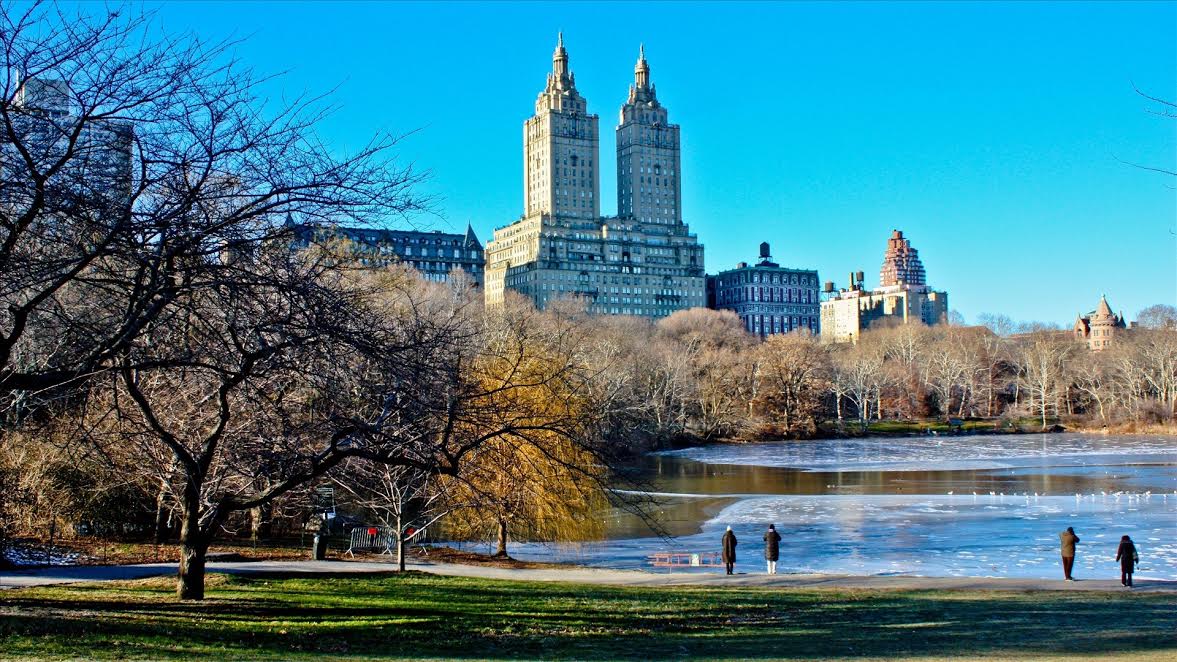 During the first year of my stay I found myself at the popular tourist spots that the city had to offer. My initial stops were the Ellis and Statue of Liberty Islands. I successfully boarded the water taxi from Battery Park to the islands after being in line for four hours and behind thousands of tourists. This is not a task for the faint hearted. In the course of the next few years I had performed this ritual a few more times, each time a little better than the previous as I used to be the chosen guide for my family and friends visiting from India.
My second stop was the observatory and viewing gallery on top of the famed Empire State Building. The 360 degree view is spectacular but to me the science behind the lighting of the tower was the best part, which are color coordinated according to the events taking place in the city. My admiration goes out to the engineers, who are in charge of these lights on top of the 102 storied building and make sure they work be it rain, shine, snow or sleet. I would look out of my apartment window each night and watch these beautiful lights, they would shine and twinkle against the black of the night sky and I knew that everything was alright and would go ahead for a peaceful nights’ sleep.
My next destinations were the New York City museums, which are among the best in the world. Not only are the exhibits grand and awe inspiring, but also can grab and hold the attention of children, adults and senior citizens alike. They move away from traditional belief that museums are for teachers and researchers. There are classes and activities held in MET Museum and Museum of Natural History for all ages.
The painting and sculptures of the MET are jaw dropping in their beauty and intricacy. The mysteries of the universe are unlocked by the amazing theories, exhibits and shows in the museum of Natural History. The cosmos section of the museum was my favorite. The mammoth models of the planets matched the mammoth knowledge that the tour givers have on these subjects and their passion about the exhibits influenced me to start classes on Astronomy. On my way out I would head to the museum cafeterias where they serve equally good food, refreshing drinks and freshest and crispiest salad ever.
My following stop was Broadway. I watched with awe and wonder shows like Lion King and Le Miserable. I wandered Times Square, I toured Madam Tussad’s wax museum, took Circle Line cruises, visited the Zoos and Aquariums, paid homage to the fire fighters who lost their lives at Ground Zero. The first year itself I enjoyed and participated in all the major attractions that the Big Apple had to offer.
(By Suparna Banerjee)
More Your Turn
archive
POSTCARDS