Your Turn
First Person
Celebration on the streets of New York 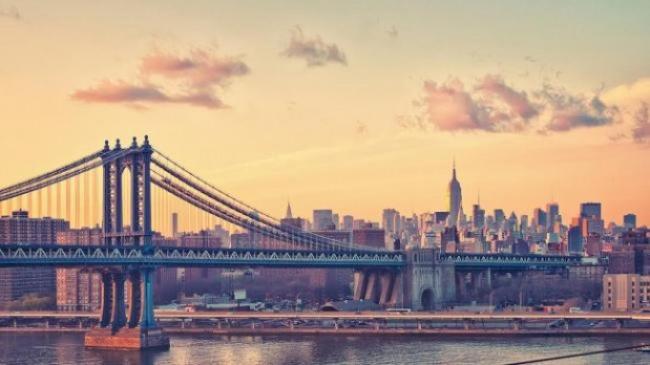 As a brand new Manhattanite and a seasoned walker I ventured into the streets to be part of the real New York City. To feel its pulse I had to immerse into the world of adventure called 'life in New York City'.
In Manhattan there are numerous things to see and do every single day of the year. I am a walker and loved to experience the city through its streets. In Manhattan the pedestrian is the king that is because some of the safest drivers of the world are behind the wheels on the streets of Manhattan. Within the first few weeks of my stay in the Upper West Side of Manhattan, I realized that walking is the best way to enjoy the hidden gems of attraction here. All I needed was a comfortable pair of walking shoes and a bottle of water to keep myself hydrated. 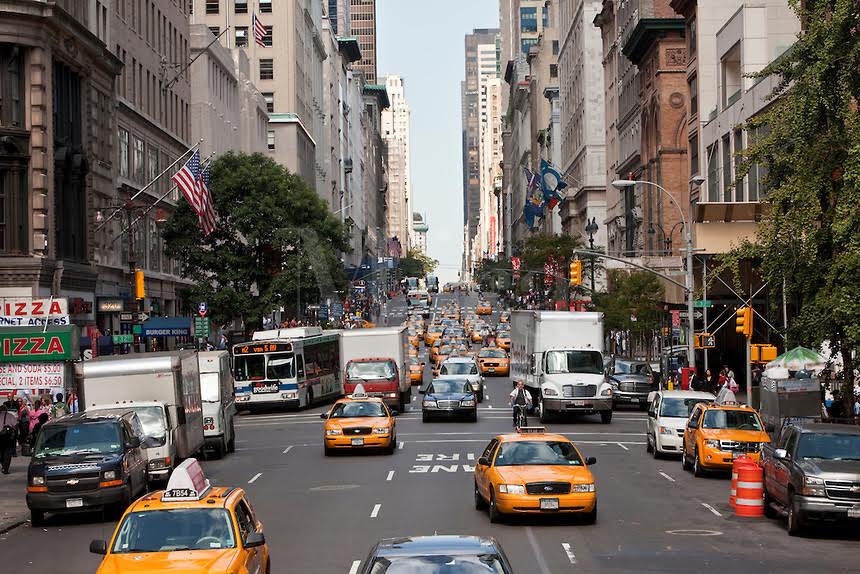 In Manhattan each neighborhood has its own feel, culture, attractions, and specialty foods. SoHo is the cultural headquarter of Manhattan, the Upper East Side residents represent the who’s who of the city while the historic district of the Upper West Side is all about old money and sophistication. I roamed the streets during different times of the day, visiting the side walk cafes, squares, parks, playgrounds and river banks. And then it struck me, it was an epiphany. These were the hidden gems of New York City. Everybody visits the Statue of Liberty, the Madam Tussad’s at Times Square and the museums. They are all incredible but not so much for your wallet. You need to plan in advance, there are always long queues.

New York is beautiful and eventful all year round. All outdoor attractions are open from spring to late fall, indoor activities go on around the year. There are colorful parades for almost all holidays from around the globe. Here are a few of my favorites. The annual St. Patrick’s Day parade that takes place every march, marches along the 5th Avenue and passes by central park, is an ocean of green. Both paraders and onlookers are dressed in green representing the Irish tradition. Revelers carry traditional cultural icons, dress up as leprechauns, and carry fake pots of gold. After the parade they make way to the hundreds of Irish pubs in the city. These pubs are decorated and transformed into mini Irelands. They serve authentic Irish food and drinks. Pub goers make merry and feast on corn beef, cabbage, soda bread, Irish coffee and Guinness. 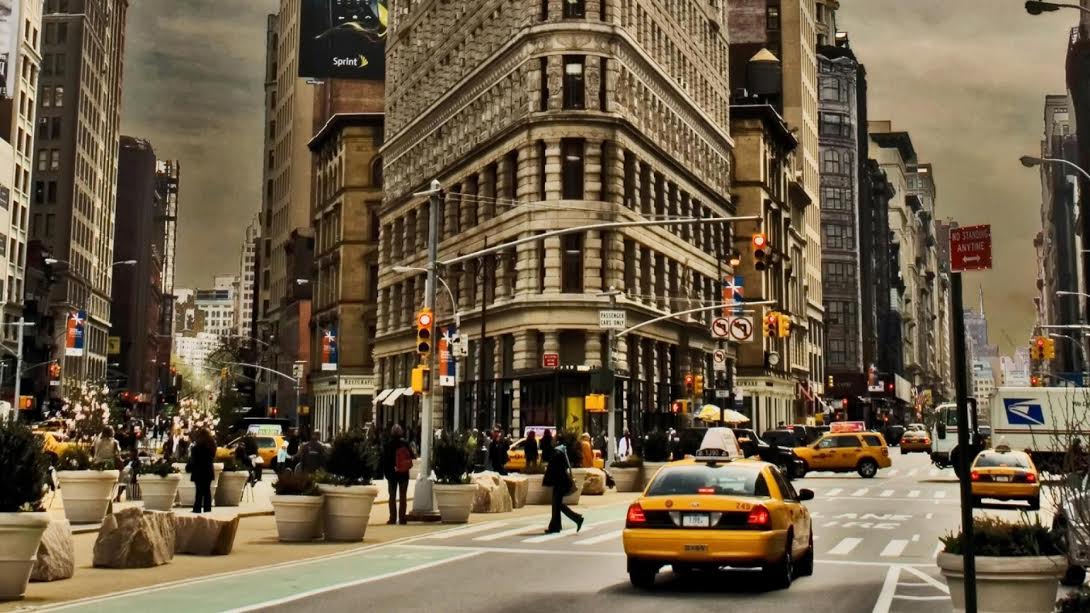 Everybody is welcome as long as they are wearing green even if it a green necktie, a string of green beads or just got their face painted in the form of a shamrock (young sprig of clover). People from all over America and even Ireland fly down to witness this gala event. This is the biggest St. Patrick Day parade outside of Dublin.
The Fourth of July or Independence Day is the favorite summer holiday for Americans. On this day everyone is dressed in patriotic colors. The holiday is about beaches, picnic, carnivals, hot dogs, barbeques and fireworks. New York City Macy’s Fourth of July fireworks are spectacular. The fireworks are shot into the sky from barges in the East River and the Brooklyn Bridge. This festival of light, color and sound starts late in the evening and is visible from Brooklyn, Manhattan, Queens and even New Jersey. People end their picnics early and head to secure a good viewing spot along the East River in Manhattan, with picnic blankets, chairs and coolers filled with chilled beer. New York City rooftops filled to capacity with patriotic Americans waiting to celebrate their nation’s birthday with pomp and style, watch the sky light up in myriad colors. 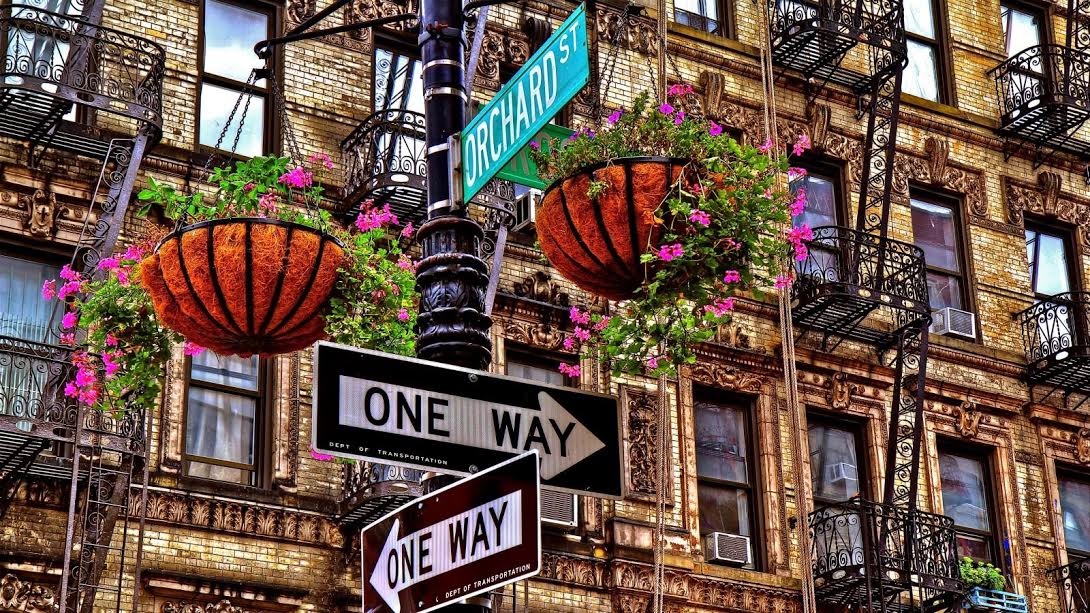 To me the sight of fireworks would bring back familiar and nostalgic feelings. When I was growing up in Kolkata, my family would go the maidan adjacent to Victoria Memorial on Diwali Night, watch the fireworks while enjoying the lip sacking creamy street food pav bhaji accompanied with golden buttery buns.

I would like to mention here that Diwali is celebrated by the Desi community at South Street Seaport, which is the southern tip of Manhattan overlooking the East River, Brooklyn Bridge and the Ferry Terminal. Air India and Star TV hosts the annual fest every October with dance, music, food and fireworks. I always celebrate Diwali at the South Street Seaport. This place has a quaint old world charm and is brightly decorated like a neighborhood in India for that one cool and mellow October afternoon.

Months of hard work and planning go into producing this extravagant parade. It includes paraders, cheer leaders, bands performing to live music, acts, balloons, floats and Rocketts (dance troop) of the Radio City. The balloons are the biggest attraction of the event. Balloons come in three sizes, the smallest is held by paraders, the second type has about 30 handlers and third has about 90 handlers, who maneuver it with great skill down the streets facing odds like blustery Fall winds, billboards and lamp posts. Balloons are chosen from popular culture, TV and movie characters such as Mickey Mouse, Spider Man, Hello Kitty, Babe the Pig, Dora the Explorer, Shrek and more recently the Pillsbury Dough Boy and Angry Birds. Floats include Sesame Street, 102 Dalmatians, and Enchanting World of Lindt Chocolate. Thousands of people line up against the barricaded sidewalks along the route of the parade from early in the morning, braving the cold to watch the event. I would say that this is a must see event for any tourist visiting the city at this time of the year. 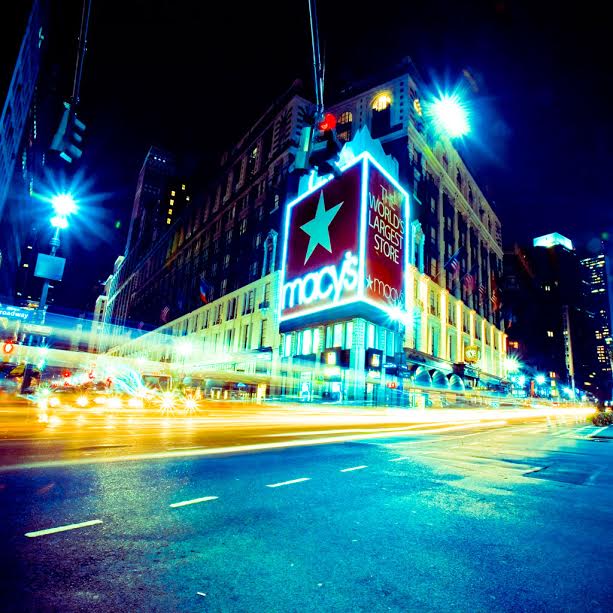 The Thanksgiving Day ushers in the holiday season of Christmas, Hanukkah and New Year. The spirit of the season is kindled with the razzle dazzle of the cities holiday lights. Gigantic sweet smelling decorated coniferous trees stand at corners of every street in midtown. The ice rink and the Christmas tree at the Rockefeller center attract huge crowd because it was globally made familiar by the 1992 movie, Home Alone 2: Lost in New York.

Thousands of people walk down 5th and Madison Avenue to see the holiday lights. The elaborate window displays of stores along 5th Avenue like Tiffany, Sacks Fifth Avenue, and Bergdorf Goodman are feast to the eyes. When I would get tired of walking or jostling the out of town crowds I would hop on one of the pedicabs that are such a common site in mid-town Manhattan. This would bring back memories of my childhood days in Kolkata during Durga Puja, we would walk down the streets enjoying the Puja lights and hop on the Kolkata rickshaws a cousin of the New York pedicabs.

All grand events of the year culminate in the apple drop of Time Square on New Year’s Eve. A million people gather in and around Times Square to bid farewell to the departing year and welcome the New Year with hope and joy. When the clock strikes twelve, the New Year eve ball descends on One Times Square with a push of a button by the City’s mayor in the presence of other celebrities.
(By Suparna Banerjee)